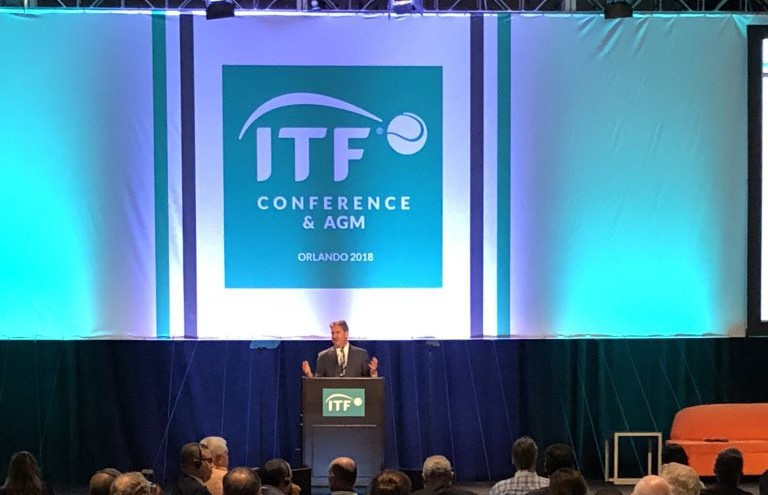 Controversial reforms to the Davis Cup will be voted on at a key International Tennis Federation (ITF) meeting in Orlando tomorrow as President David Haggerty continued to lead calls for the sweeping changes to be passed.

Haggerty has spearheaded the most radical reforms to the 118-year-old Davis Cup tournament and has again talked up the reasons why ITF members should give them the green light at the Conference and Annual General Meeting.

But the plans have not been universally popular and have divided the sport.

The Lawn Tennis Association (LTA) announced it would not support the plans, with the organisation highlighting three main concerns; the impact on the tennis calendar, the lack of a concrete business model and the division it has created with the ITF membership.

Players and officials have spoken out against the reforms, which will see the current format condensed into an 18-team week-long tournament to be held at the end of each year.

Former Australian player Lleyton Hewitt criticised the plans earlier this year, while the latest objections have come from Germany and Poland.

Victor Artuchowski, vice-president of the Polish Tennis Federation, said the ITF's approach has meant they are "going into one of the biggest things in tennis blind".

Haggerty dismissed the criticisms, however, and insisted the changes would help generate an extra $25 million (£19.6 million/€22 million) which would be pumped into the development of tennis.

"We've provided written details to members, travelled extensively to meet with regional and national associations, and hosted town hall events at Roland Garros and Wimbledon to provide detail and hear feedback, much of which has been incorporated into the final proposal, such as the 24-team qualifier round to be held each February," he said.

"Novak Djokovic recently expressed his full support for the project, and over the past three months a number of players have spoken positively about the reforms including Rafael Nadal, Marin Cilic, John Isner and David Goffin.

"Privately the majority of players see and support the benefits this change will have.

"We are confident the changes will be approved by the necessary two thirds of voting nations."

LTA chief executive Scott Lloyd said, however, that the governing body "does not feel we can support the proposals as they stand", dealing a blow to Haggerty's hopes of victory tomorrow.

Under the new proposed format, 18 teams would play in the Davis Cup final to create a "World Cup of Tennis".

They would be split into six groups of three teams, with the group winners and two runners-up advancing to knock-out rounds.

Ties would feature only two singles and a doubles games in a reduction on the current four singles and one doubles format.