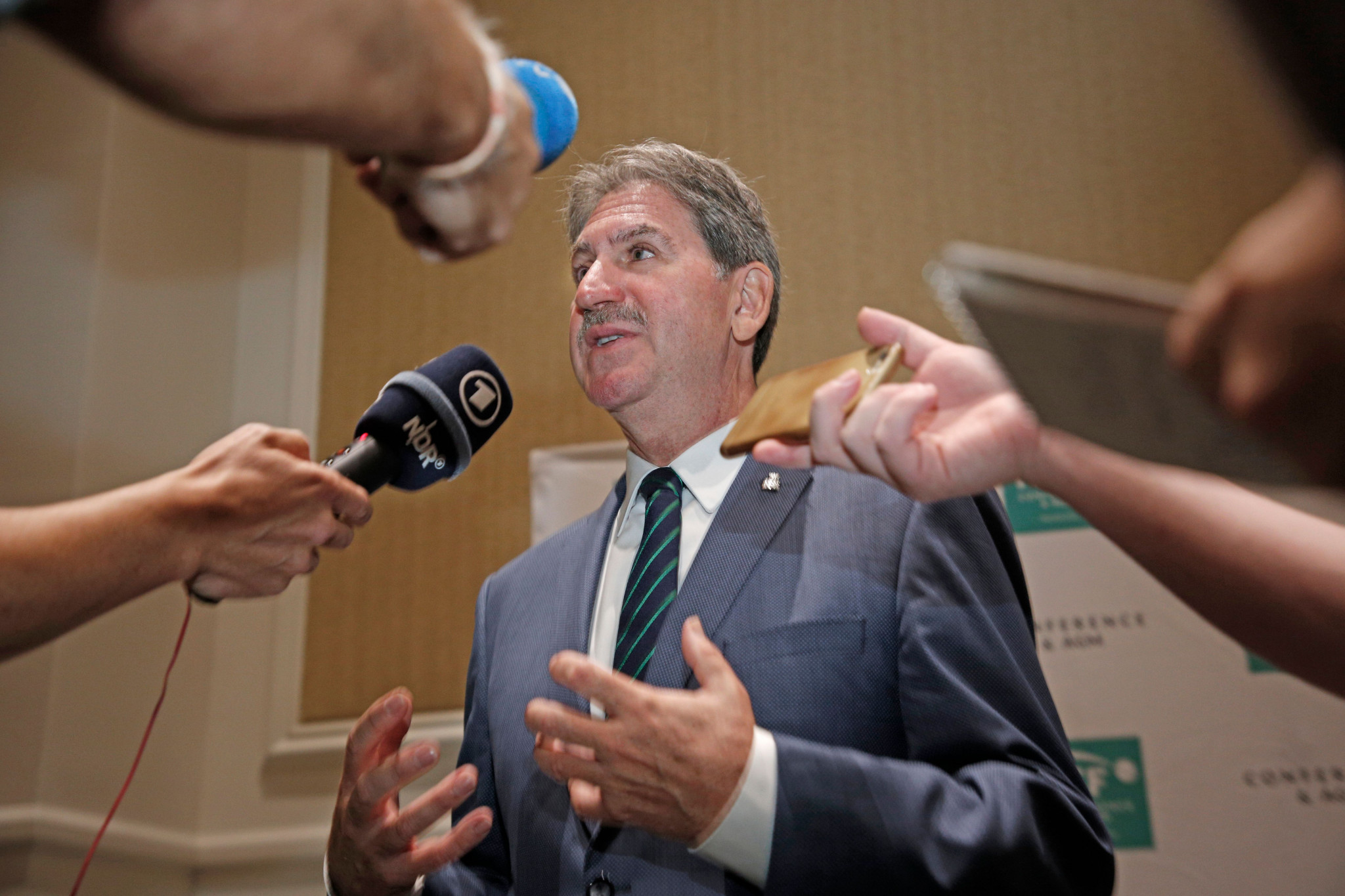 Reforms to the Davis Cup will provide an extra $25 million (£19 million/€21 million) a year for global tennis development, according to the President of the International Tennis Federation (ITF) David Haggerty.

Speaking to BBC Sport on the same day that Madrid was named as the host of the 2019 and 2020 Davis Cup finals, Haggerty said the new deal brokered to revamp the tournament can ensure it becomes the "definitive" team event in tennis, even though the Association of Tennis Professionals (ATP) is planning its own team event, the World Team Cup, from 2020.

The two tournaments are due to be held just five weeks apart at the start of the year, with the Davis Cup reverting from its current guise to a season-ending 18-team event taking place in a single week.

ATP chief executive Chris Kermode has described the situation as "insane" and Haggarty says negotiations are ongoing between the two "to run one team event - the best that we can".

"We think Davis Cup with its 118-year history has a great reason to be that event, and I think by working together with the ATP, and tennis...why not?" Haggerty told BBC Sport.

A 25-year licensing deal worth $3 billion (£2.3 billion/€2.6 billion) has been agreed between the ITF and the investment group Kosmos, which was founded by Barcelona footballer Gerard Pique, to fund the new Davis Cup competition.

The remaining $44 million (£33.5 million/€37.5 million) will be the ITF's licence fee, which Haggerty says will lead to a $25 million (£19 million/€21 million) increase in the amount of money available to distribute to member nations and development projects each year.

"It is a significant and vast amount of money which we are excited about, but we know the economics are there for them [Kosmos] to be able to make some money as well," Haggerty is quoted as saying.

As it stands, however, tennis is set to have two competing team competitions taking place next to each other in the calendar.

Regular discussions have reportedly been taking place between the ATP and ITF in recent weeks to try and reach a compromise, but so far no such deal has been struck.

"My business history has always been trying to work together and collaborate," Haggerty says.

"I'm excited that we're having the conversations again.

"I don't know what the outcome will be, but I think it's better for tennis if tennis can work together.

"We should be able to work together."

Spanish capital Madrid will host the finals of the revamped Davis Cup in both 2019 and 2020.

The 2019 event will take place at the La Caja Mágica, located in Madrid's Parque Lineal del Manzanares, while La Caja Mágica and the WiZink Center are both being considered as hosts in 2020.

In a statement on the ITF's website Haggerty said they are "delighted" to bring the tournament to the city's clay courts.