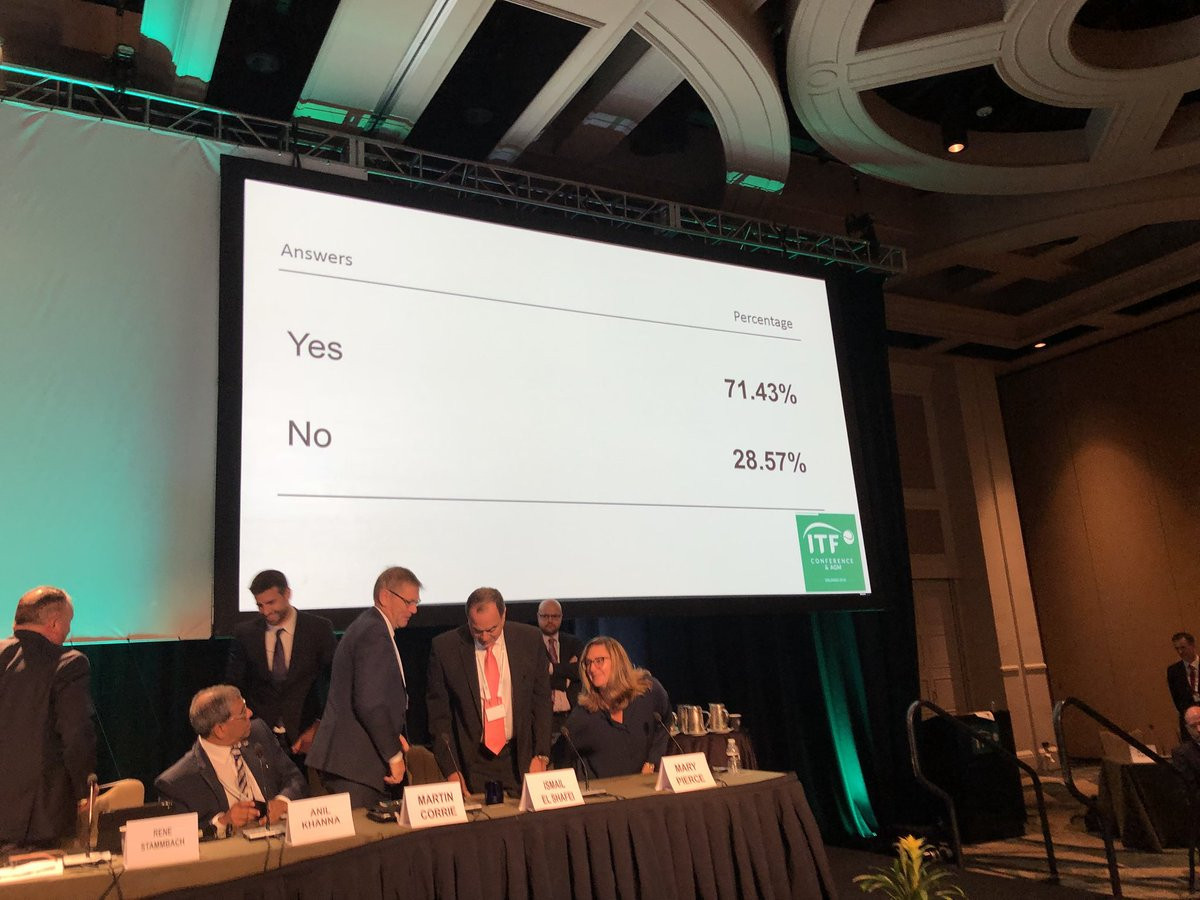 Members of the International Tennis Federation (ITF) have given the green light to controversial reforms to the Davis Cup which will see the competition transformed into a season-ending 18-team event.

The proposals, spearheaded by ITF President David Haggerty, received over the 66 per cent majority required to pass at the governing body's Conference and Annual General Meeting in Orlando.

A total of 71.43 per cent of the votes cast were in favour of the plans, which have divided the sport.

The first edition of the newly-reformed tournament, dubbed the World Cup of Tennis, will be held in either Madrid or Lille in 2019, with the host due to be confirmed in the coming weeks.

Players and officials had spoken out before the vote, with some claiming the reforms would "kill" the Davis Cup, which has a 118-year history.

The criticism follows the Association of Tennis Professionals launching a rival World Team Cup last month, which is expected to start at the beginning of the 2020 season.

"I am delighted that the nations have today voted to secure the long-term status of the Davis Cup," Haggerty said.

"By voting in favour of these reforms, we will be able to work with Kosmos to realise the huge potential of the competition and elevate it to new standards.

"This new event will create a true festival of tennis and entertainment which will be more attractive to players, to fans, to sponsors and to broadcasters.

"In addition, the new revenues for nations that the event will generate will have a transformative effect on the development of tennis in all nations.

"Our mission is to ensure that this historic decision will benefit the next generation of players for decades to come."

The new format will involve a qualifying round in February, in which 24 teams will take part in home and away matches.

The 12 winners will secure a direct place into the final tournament and will join the four semi-finalists of the previous year - who qualify without having to play in February - and two wildcards that will be announced before the draw for the qualifying round at the revamped event.

They would be split into six groups of three teams, with the group winners and two runners-up advancing to knock-out rounds.

Ties would feature only two singles and a doubles games in a reduction on the current four singles and one doubles format.