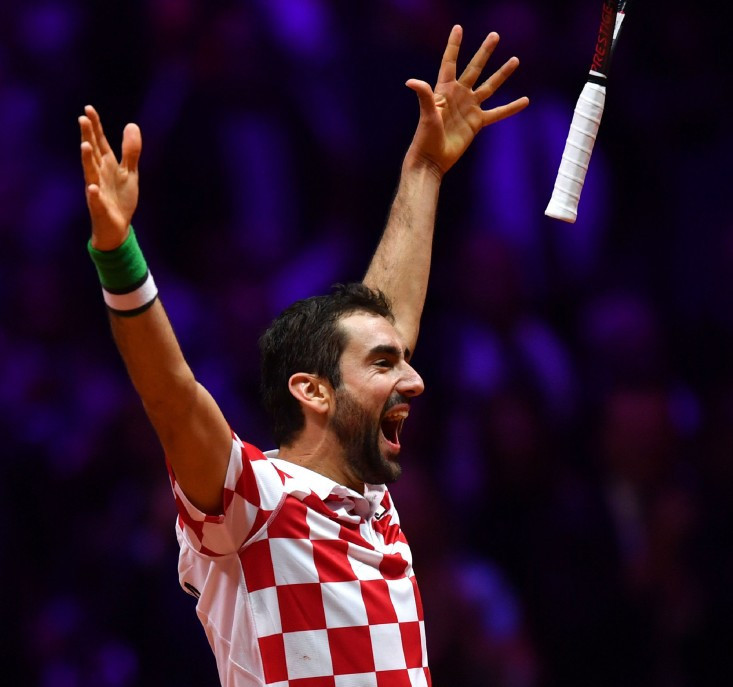 Croatia secured the Davis Cup – soon to be revolutionised - for the second time as Marin Čilić ended France’s defence of the trophy with a straight sets win over Lucas Poulle in Lille.

France, 2-0 down, had pushed the final into a third day after Nicolas Mahut and Pierre-Hugues Herbert won yesterday’s doubles rubber.

But the victory of Čilić, the world number seven, 7-6, 6-3, 6-3 win in the first of the scheduled matches today at the Stade Pierre Mauroy gave Croatia an unassailable 3-1 lead and lift the trophy for the first time since 2006.

"It's not every day that you become a world champion," 30-year-old Čilić said.

"For us it's a dream come true, for this nation.

"You can see the fans are so passionate and they are here enjoying themselves. In Croatia it's going to be incredible too."

Croatia had last won the Davis Cup when they beat Slovakia 3-2 in the final in Bratislava.

This is the final staging of the team competition in its current format before it undergoes a controversial change next year, when the traditional home-and-away element of the competition will end and the 18 World Group nations will contest the Cup at one location and in a single week.

Coric had won his other singles rubber against Jeremy Chardy, while Cilic had put Croatia 2-0 up by beating Tsonga.