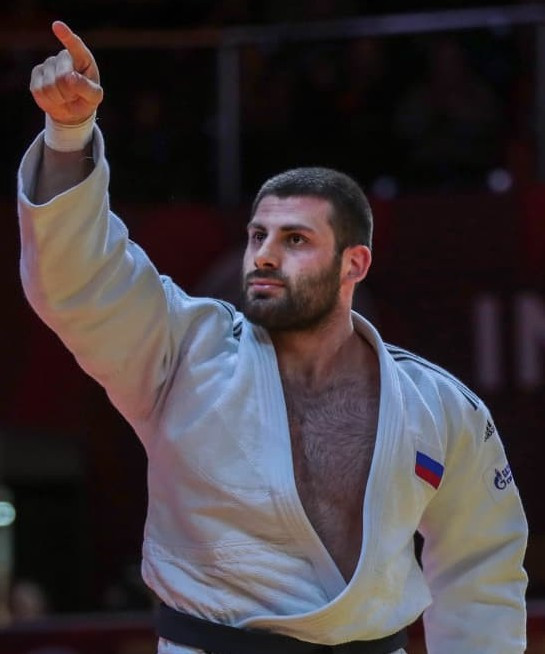 Dramatic concluding victories for Russia in the men’s two heaviest categories at the International Judo Federation Grand Prix in Ekaterinburg lifted Russia to the top of the final medals table.

The 22-year-old, who had starred in the preliminaries with some devastating ippons, made the decisive move after four minutes with a waza-ari to earn gold in only his second Grand Slam appearance.

The bronze medals went to Canada’s Shady Elnahas and Peter Paltchk of Israel.

In the final contest of the evening, Russia’s World Judo Masters bronze medallist Tamerlan Bashaev earned Grand Slam gold for the first time in his career by defeating Olympic bronze medallist Or Sasson of Israel in in the closing seconds of their over-100kg final.

Bashaev dropped under his Israeli rival with his trademark seoi-nage for a waza-ari score with four seconds left on the clock to end the tournament on a high for the hosts.

Those two Russian gold medal, added to the one won last ight by Darya Davydova in the women’s under-63kg category, saw the hosts finish top of the medals table, with Israel and France, who earned two golds, second and third.

There was another long-awaited Grand Slam victory in the men’s under-90kg category as Noel Van T End of The Netherlands earned his first gold medal in the event at his 21st attempt as he defeated two-time World Judo Masters winner Beka Gviniashvili of Georgia.

Van T End had five Grand Slam silver medals to his name before the start of day three, while the Georgian had one title at this level on his record.

After a highly-competitive opening four minutes the Dutchman launched his Georgian adversary with an ippon seoi-nage for a crucial win.

Tajima’s compatriot Mao Izumi won her country’s first gold medal in Ekaterinburg in what was her Grand Slam debut.

Izumi beat double Olympic bronze medallist and former world champion Mayra Aguiar of Brazil with a strangle in the final of the women’s under-78kg category.

The bronze medalss went to Bernadette Graf of Austria and Rka Takayama of Japan.

Altheman saw off The Hague Grand Prix bronze medallist Anne Fatoumata M’Bairo of France in golden score with an o-uchi-gari in an entertaining final.

Bronze went to Sandra Jablonskyte of Lithuania and Rochele Nunes of Portugal.