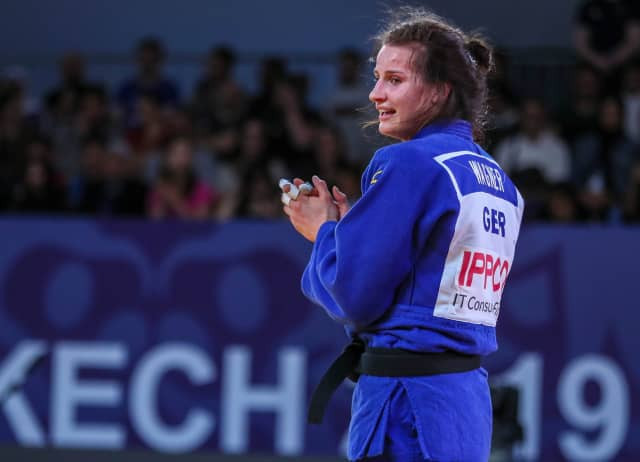 A single waza-ari score was the difference as the uchi-mata of the German judoka, who is ranked 13th in the world, once again proved effective.

The second bronze medal was won by Luise Malzahn of Germany, who beat Karen Stevenson of The Netherlands to earn her 20th Grand Prix medal - a record on the IJF World Judo Tour.

The bronze medals went to Andril Kolesnyk of Ukraine and Temur Rakhimov of Tajikistan.

Sayit threw one-time Grand Prix winner Tessie Savelhouls of The Netherlands for a waza-ari score and will expect to break into the world's top 10 with the prospect of a home Grand Prix coming up next month in Antalya.

Wagner was not the only judoka to earn a first Grand Prix gold on the night - Serbia's former world champion Nemanja Majdov also earned that distinction in the men's under-90kg class.

He beat Eduard Trippel of Germany in a closely fought final, scoring a waza-ari without reply.