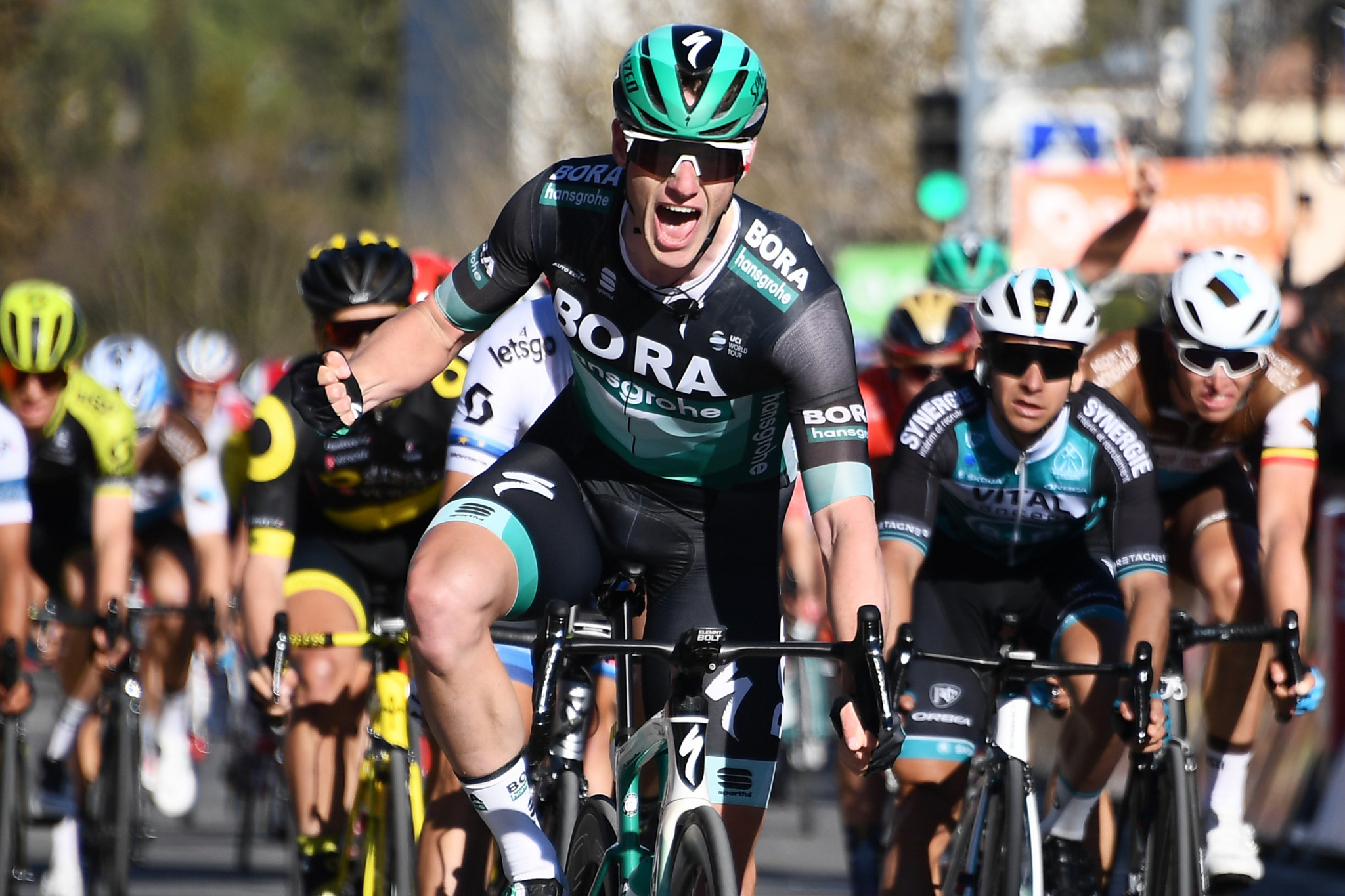 A late sprint earned Ireland's Sam Bennett, of  Bora-Hansgrohe, victory in the sixth stage of the Paris-Nice race on a day when Team Sky’s Michal Kwiatkowski maintained his overall lead.

While the major mountains are still to come at the the weekend , stage six was testing, with three categorised climbs along the 176.5 kilometres route from Peynier to Brignoles

Démare made his bid for the line with 200 metres to go and had rivals such as Italy's Matteo Trentin of  Mitchelton-Scott and Germany's John Degenkolb of Trek-Segafredo struggling to respond before Bennett surged through to finish in 4 hours 12min 35sec.

Démare was second, ahead of Trentin.

Kwiatkowski’s overall time of 21:35:36 gives the Pole an overall lead by 18 seconds over his team-mate Egan Bernal, of Colombia, and 22 seconds over Astana’s Spaniard Luis León Sánchez.

Britain’s Adam Yates – whose twin brother Simon won the fifth stage of Paris-Nice yesterday – retaned his overall lead in the other UCI WorldTour race currently running in Italy, the Tirreno-Adriatico.

Home rider Elia Viviani took the 224km third stage from Pomarance to Foligno as he outsprinted Slovakia’s triple world champion Peter Sagan after tracking him closely in the final stages before finishing in 5:26:45.

Sagan, who has recently returned from illness, managed to hold second place ahead of Colombia's Fernando Gaviria of UAE Team Emirates.

Yates has an overall time of 10:37:19, with US Mitchelton-Scott team-mate Brent Bookwalter second on the same time.

Slovenia’s Primož Roglič, riding for Jumbo-Wismas, is seven seconds behind.