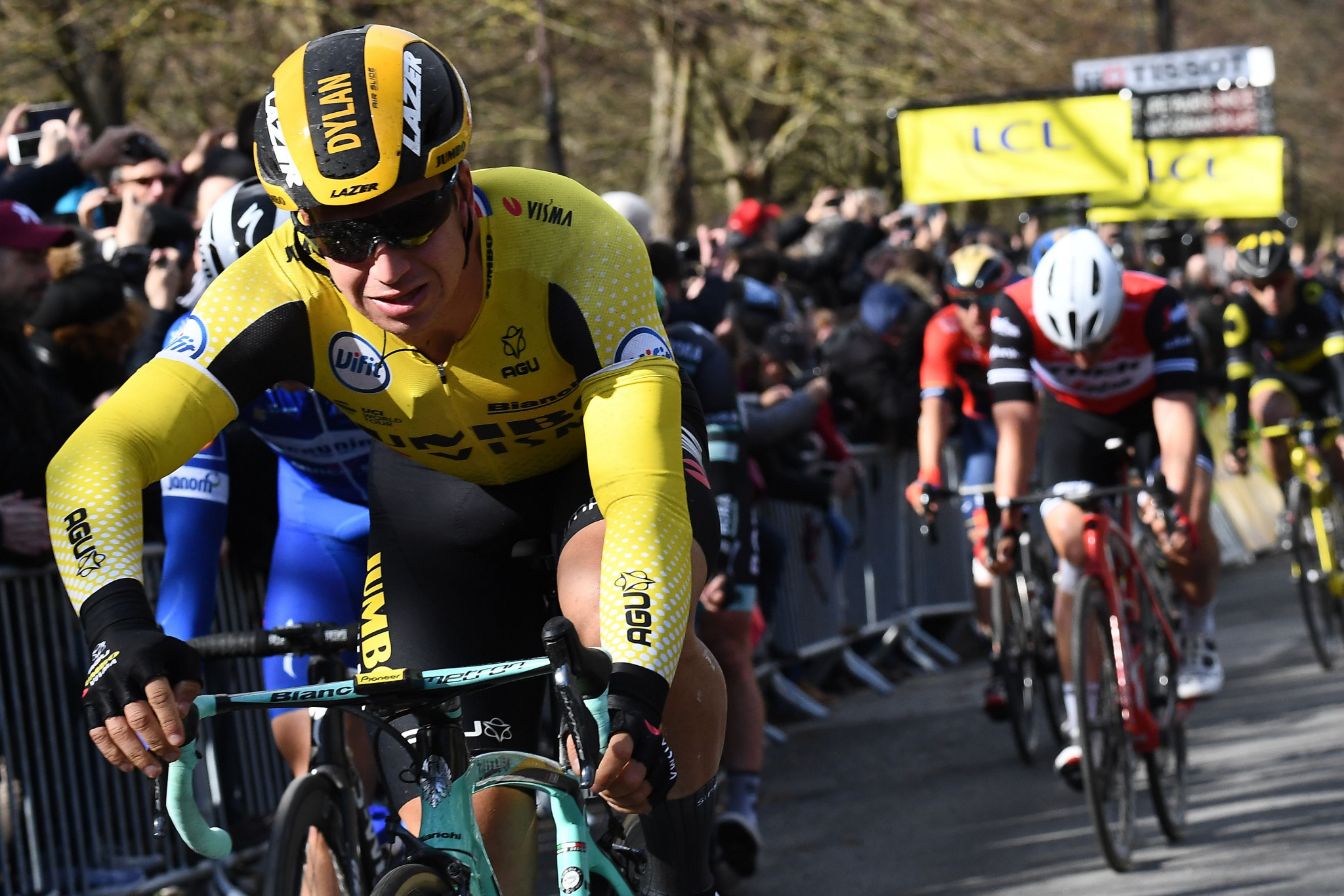 Dylan Groenewegen, riding for Jumbo-Visma, became the first man to put on the yellow jersey at the 2019 Paris-Nice as the first major stage race of the season got underway today.

The Dutch sprinter proved to have too much speed for Australia's Caleb Ewan, riding for Lotto-Soudal, who had to settle for second in the largely flat opening stage around the roads of Paris, following a 138.5 kilometres stage from Saint-Germain-en-Laye and back.

The day was tarnished by a crash with 50km to go which put Australia's Michael Matthews out of the race and into hospital.

With four sprint stages, one undulating test and three mountain days, Paris-Nice 2019 has attracted a broad range of top riders.

Last year's edition came down to the final day on the roads of Nice, as Movistar's Spanish rider Marc Soler took the overall victory from the hands of Britain's Simon Yates, riding for Mitchelton-Scott, by a matter of four seconds.

The 26-year-old Briton, winner of last year's Vuelta a España, is back for the eight-stage test this year, as is Soler.

Ag2r La Mondiale's Romain Bardet is among the favourites for the general classification on home soil in France, as is Luxembourg's rising star Bob Jungels, riding for Deceuninck-Quick-Step.

Former winner Sergio Henao of Colombia, who is with UAE Team Emirates, should also be a threat.

Another sprinters' stage awaits tomorrow on a 163.5km stretch from Les Breviaires to Bellegarde.

The event is part of the International Cycling Union's WorldTour.