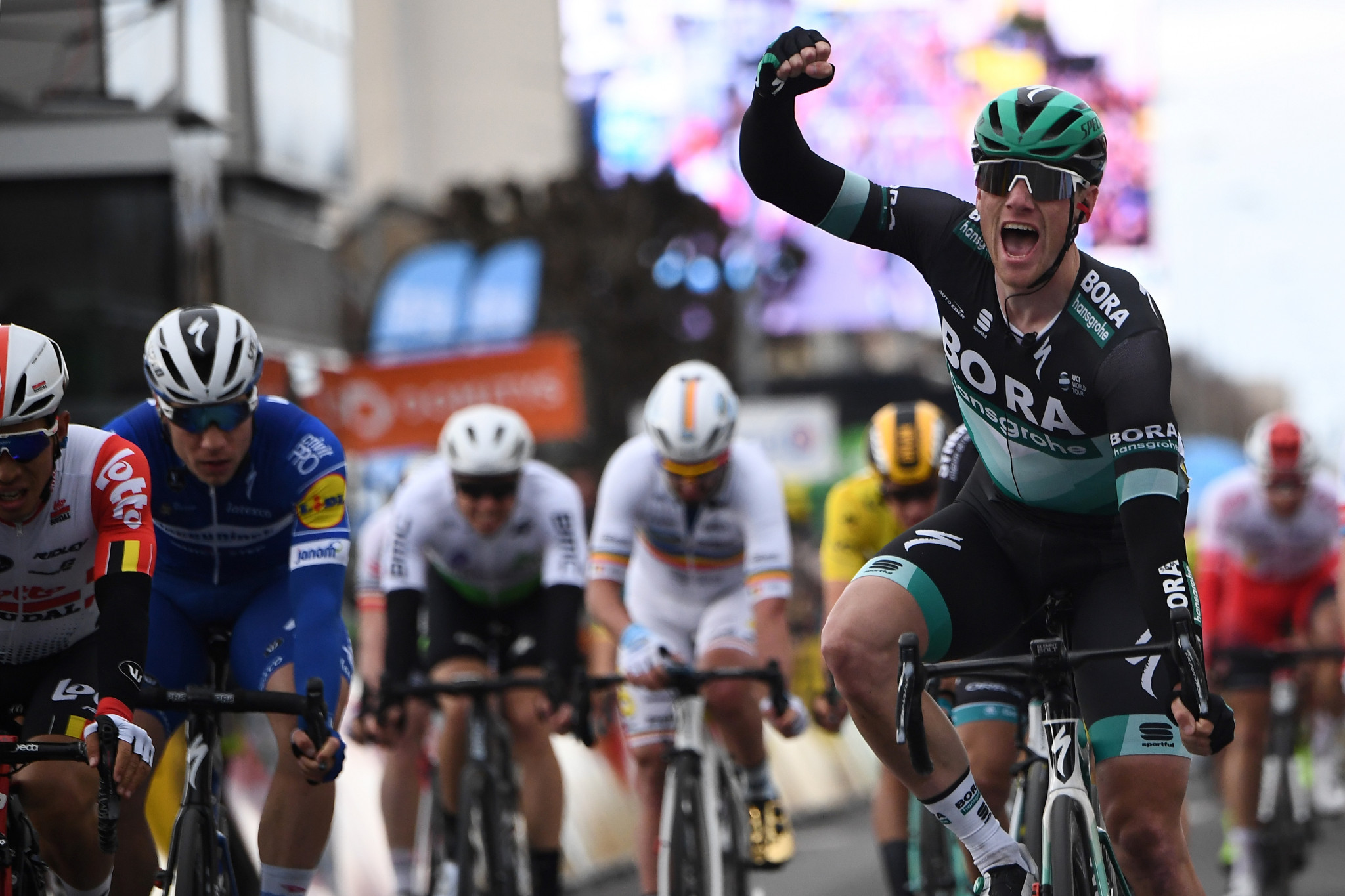 Ireland's Sam Bennett snatched his second stage win in Paris-Nice today after the one clinched two years ago in Chalon-sur-Saone.

The Bora-Hansgrohe sprinter was the freshest of the field in the finale of the third stage, completing the 200-kilometres flat route from Cepoy to Moulins-Yzeure in a time of 5 hours 16min 25sec.

He overpowered Lotto-Soudal's Australian rider Caleb Ewan, who had to be content with his second runner-ups spot in this edition.

Overall race leader Dylan Groenewegen, winner of the first two stages, returned to the front too late to be a contender this time.

The Dutchman, who rides for Jumbo-Visma, still retained his yellow jersey.

His time of 11:47:44 gives him a six-second lead over Poland's Michał Kwiatkowski of Team Sky and an 11-second advantage over Spain's Luis León Sánchez of Astana Pro Team.

The fourth stage will take place tomorrow, taking the peloton on a 212km hilly route from Vichy to Pélussin.

The event is part of the International Cycling Union (UCI) WorldTour season.

Belgium's Greg Van Avermaet, the 2016 champion, is also expected to make a strong challenge for glory.

The seven-stage race starts with a 21.5km route in Lido di Camaiore.

It is scheduled to conclude in San Benedetto del Tronto next Tuesday (March 19).