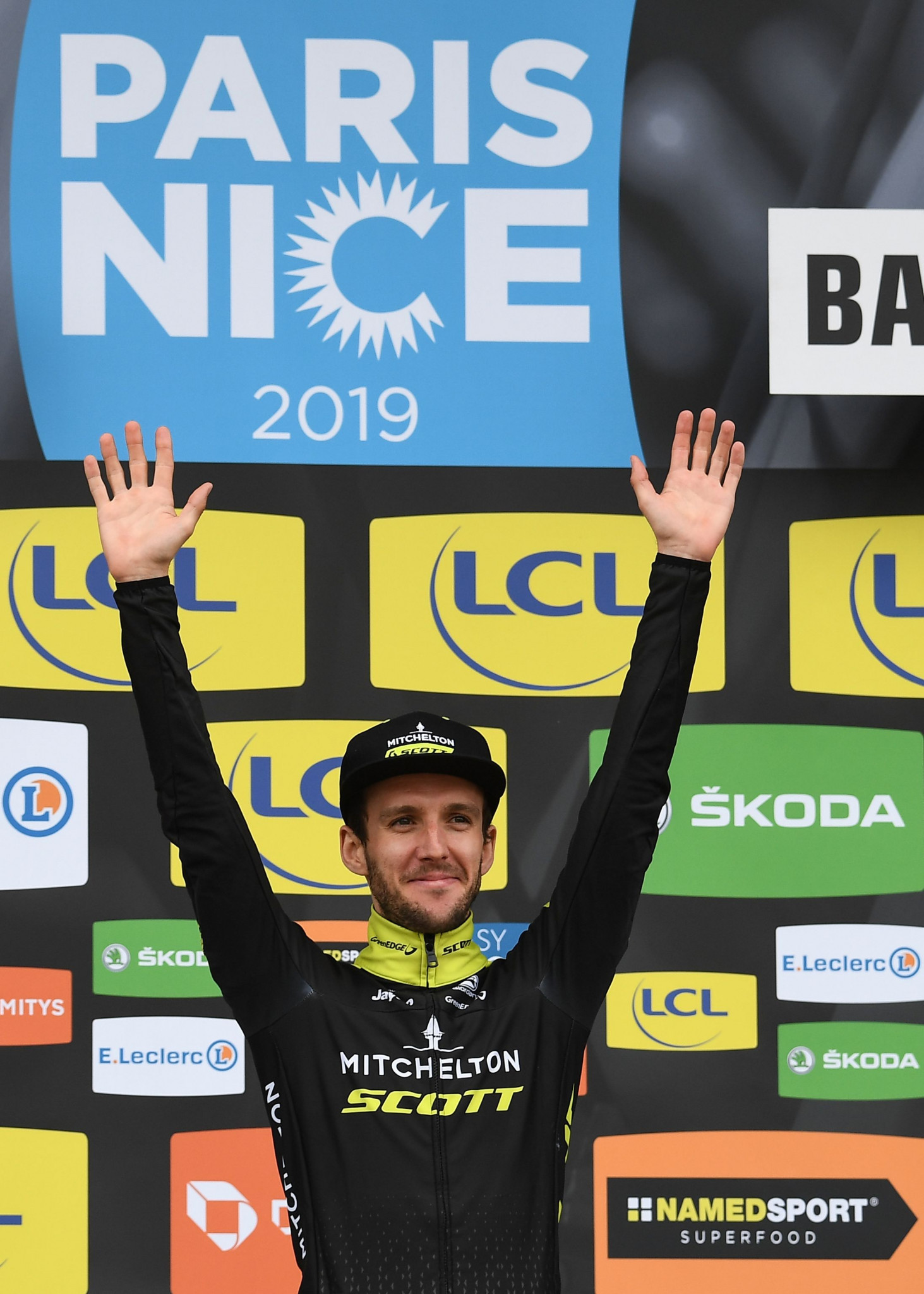 Britain's Simon Yates produced a defiant performance to win his first career time trial on today's stage five of Paris-Nice - on a day when his 26-year-old twin brother, Adam, took up the overall lead of the Tirreno-Adriatico in Italy.

Simon, last year's Tour of Spain winner, took full advantage of changing wind conditions to finish with the best time of the day over the 25.5 kilometres course around Barbentane, clocking 30min 26sec.

This was despite him being more than 18 minutes down in the general classification on race leader Michal Kwiatkowski.

Germany's Nils Politt of Katusha-Alpecin was the only rider to come within 10 seconds of the Mitchelton-Scott main man, finishing seven seconds down in this showpiece event on the International Cycling Union (UCI) WorldTour.

Poland's Kwiatkowski withstood early pressure from his young Colombian Team Sky team-mate Egan Bernal, who had put six seconds on the leader at the first check, pacing himself perfectly to gain back some time to extend his lead in the race.

Kwiatkowski finished third on the stage, 11 seconds behind Yates and, more importantly, four seconds in front of Bernal who earned a top-10 finish on the day.

Kwiatkowski now holds a 19-second lead over Bernal in the general classification, who moved ahead of Astana's Luis Leon Sanchez.

The Spaniard is now third at 28 seconds back, the only other rider within one minute of the Pole.

With four sprint stages, one undulating test and three mountain days, Paris-Nice 2019 - which concludes in the south of France on Sunday (March 17) - has attracted a broad range of top riders.

This time there were no dirt roads for the French rider to negotiate on a 189km stage which he covered in 4:48.09, with Greg van Avermaet of Belgium second and Italy's Albert Bettiol third.

Fifth place on the day enabled Britain's Adam Yates, who had led Mitchelton-Scott to victory in the opening time trial, to take over the individual overall lead in 5:10.34.

He holds the advantage from American team-mate Brent Brookwalter, on the same time, and Slovenia's Primoz Roglic, seven seconds back.

The seven-stage race is scheduled to conclude in San Benedetto del Tronto next Tuesday (March 19).