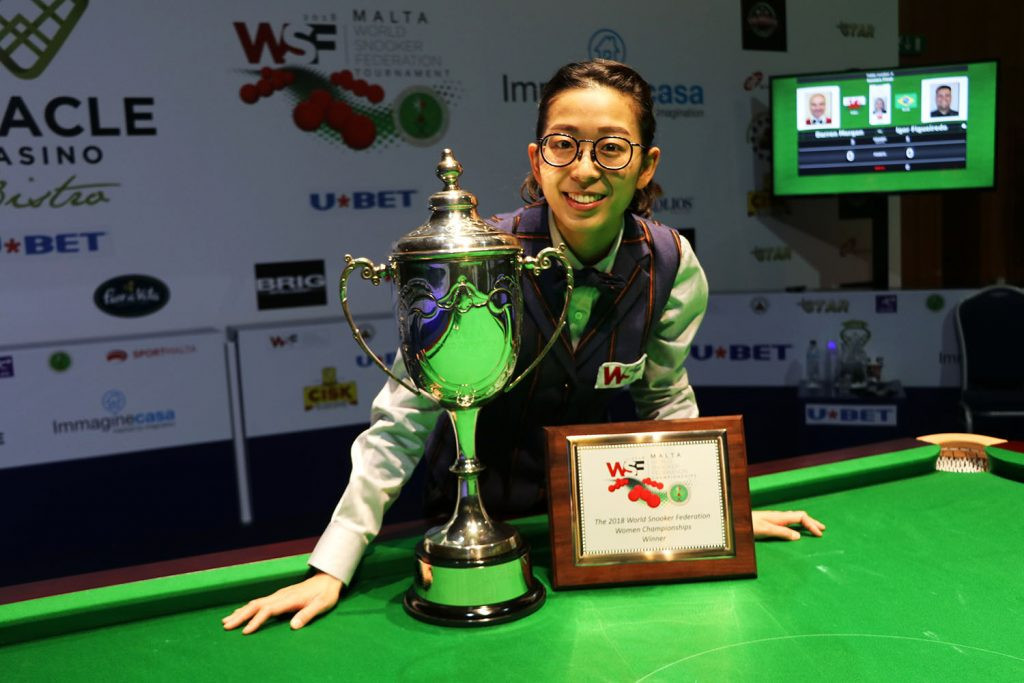 The 2019 World Women’s Snooker Championship has been postponed less than a week after Beijing was named as the new host city.

The World Professional Billiards and Snooker Association (WPBSA) claimed in a statement that the tournament has been delayed in order to ensure a "full international field of entry".

It comes after it became clear to the body that a number of players may suffer due to travel arrangements and late visas.

The event was originally scheduled to be held in Dubai but the United Arab Emirates Billiards and Snooker Association (UAEBSA) was unable to fulfil its obligations.

Women’s World Snooker then announced that the 38th edition of its biggest tournament would take place from March 20 to 23 at Beijing’s CBSA (Chinese Billiards and Snooker Association)-WPBSA Academy.

That, however, will no longer be the case.

"It is with regret that we have taken the responsible decision to postpone the 2019 World Snooker Federation Championships," a statement on the WBPSA website reads.

"It was disappointing that at this late stage the UAEBSA were unable to host us, however in order not to let down players and officials, the WSF Board and management team took immediate action and formally secured an alternative location and date in just a few days.

"We must thank the China Billiards and Snooker Association for their offer of assistance in this matter.

"Having reviewed this alternative plan and consulting with federations and partners, it is clear that a number of players may suffer due to travel arrangements and late visas.

"With this in mind, we feel it would not be appropriate to stage such a prestigious global event without a full international field of entry.

"We have therefore decided not to proceed with the event at this stage."

It is hoped new dates for the event will be announced soon.

"Further opportunities will be available for federations to nominate players for this event and venue details and dates will be communicated to you soon."

She also triumphed at the 2015 edition in Leeds in England and at the 2017 version in Toa Payoh in Singapore.

Speaking about the delay, Ng was quoted as saying by the South China Morning Post: "Next time.

"I trust that this will happen eventually."