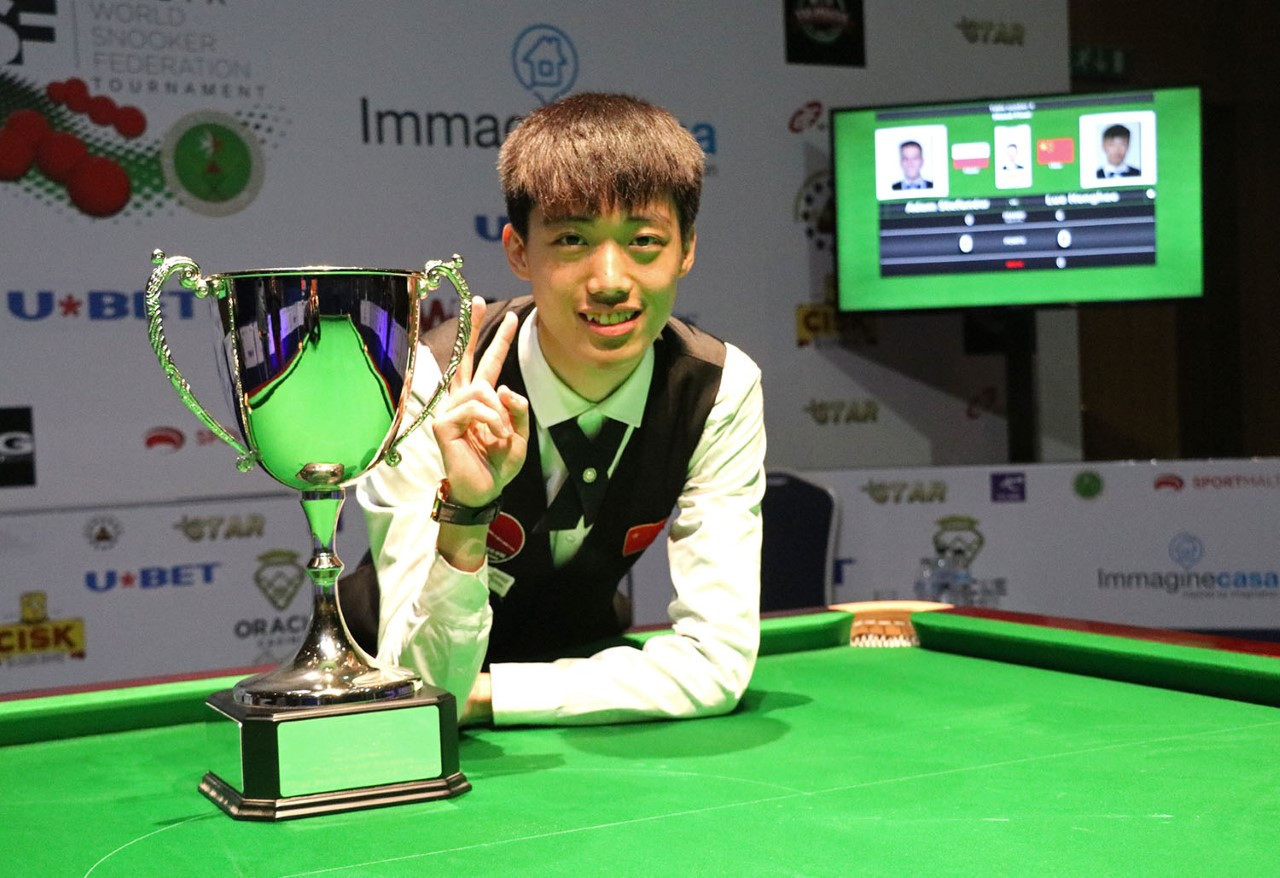 Poland's Stefanów had been one of the tournament's most-impressive performers in the run-up to the final, but could not find his best form during the title decider and scored just 97 points during the course of the game.

But the 24-year-old wildcard entrant - who had been on the brink of giving up on his ambition of becoming a professional before his surprise call-up for this ground-breaking event - can reflect upon the achievement of earning a place in next month's professional World Championship qualifiers in Sheffield.

That prize was on offer to all four semi-finalists – the others being Iceland's Kristjan Helgason and Poland's Kacper Filipiak - in the mixed tournament at the Dolmen Hotel venue.

Luo followed an opening frame break of 52 with further runs of 54, 60 and a spectacular 87 during the last frame before the mid-session interval.

"I am really excited to be joining the World Snooker Tour for the first time," said a delighted Luo.

"There were a lot of great players in this event and so I am really happy to win this final.

"I tried my best to win every match and to take every shot like in practice and I am now really excited to be joining the main tour."

Today’s final closed a landmark event in Malta which has seen three significant titles decided during the past two weeks.

The WSF Championships began with the staging of the World Women's Snooker Championship and the WSF Seniors Championship, won by Hong Kong's Ng On Yee and Igor Figueiredo of Brazil respectively.