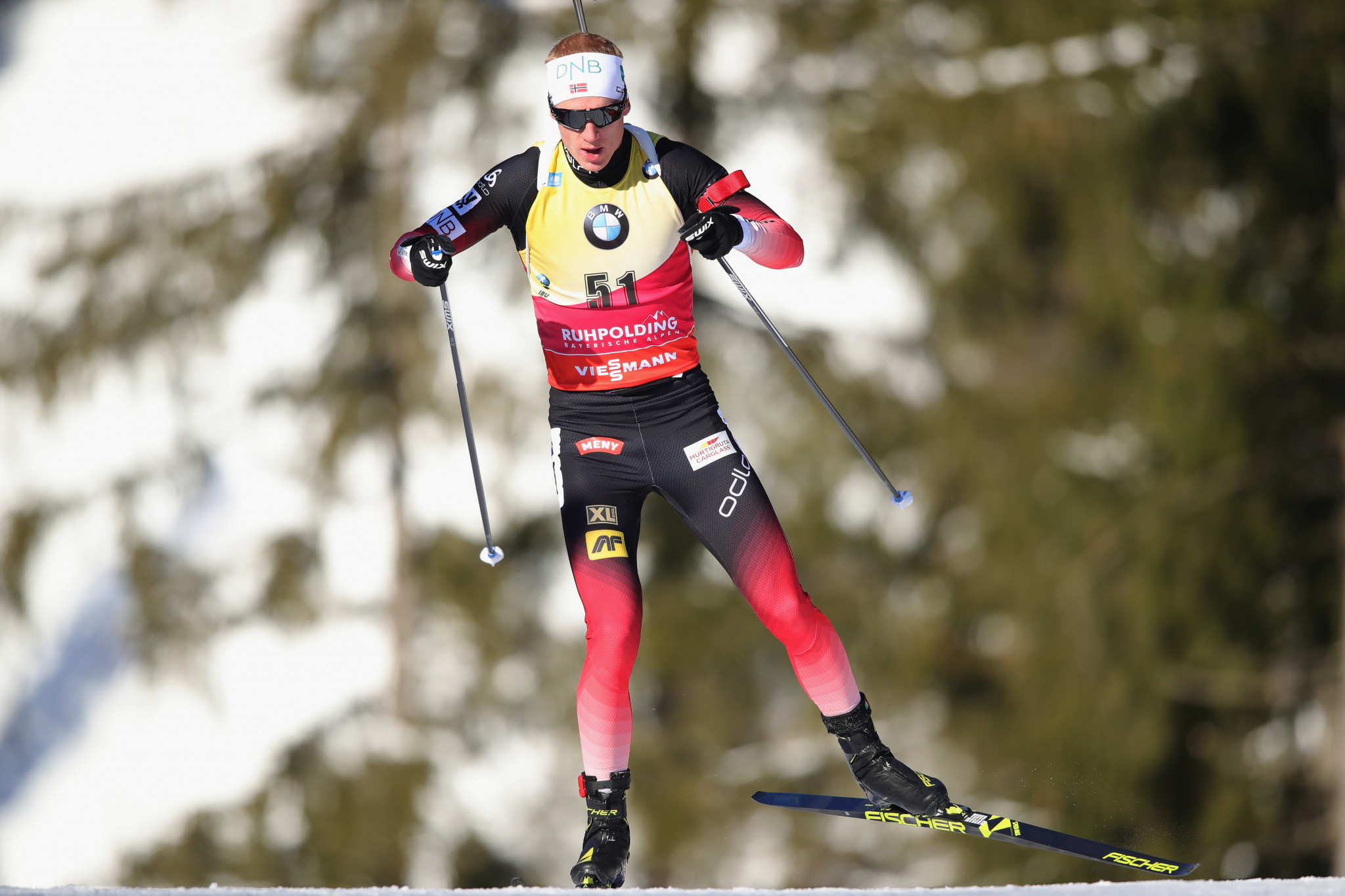 The younger Bø, the current World Cup leader, crossed the line in a time of 22min 56.3sec in an event which was due to be held yesterday but was postponed owing to heavy snowfall in the Traunstein region.

The reigning Olympic 20km individual champion finished 7.9 seconds quicker than Tarjei, five years his senior, to strengthen his advantage at the summit of the overall standings.

Benedikt Doll of Germany came through to take bronze, over 10 seconds behind the victorious Norwegian.

The result for Bø, who is targeting following in Tarjei's footsteps after his older sibling won the overall title in the 2010-2011 season, also handed him a 30th career win.

In the women's event, Anastasiya Kuzmina of Slovakia claimed her first career victory in Ruhpolding as she dominated the 7.5km race.

Hanna Öberg of Sweden rounded out the podium as she was third.

The women's event was also notable for the return of Germany's Laura Dahlmeier, who made her first World Cup appearance of the season following a break through illness.

Italy's Dorothea Wierer still leads the overall standings on a total of 476 points.

The event in Ruhpolding continues tomorrow.