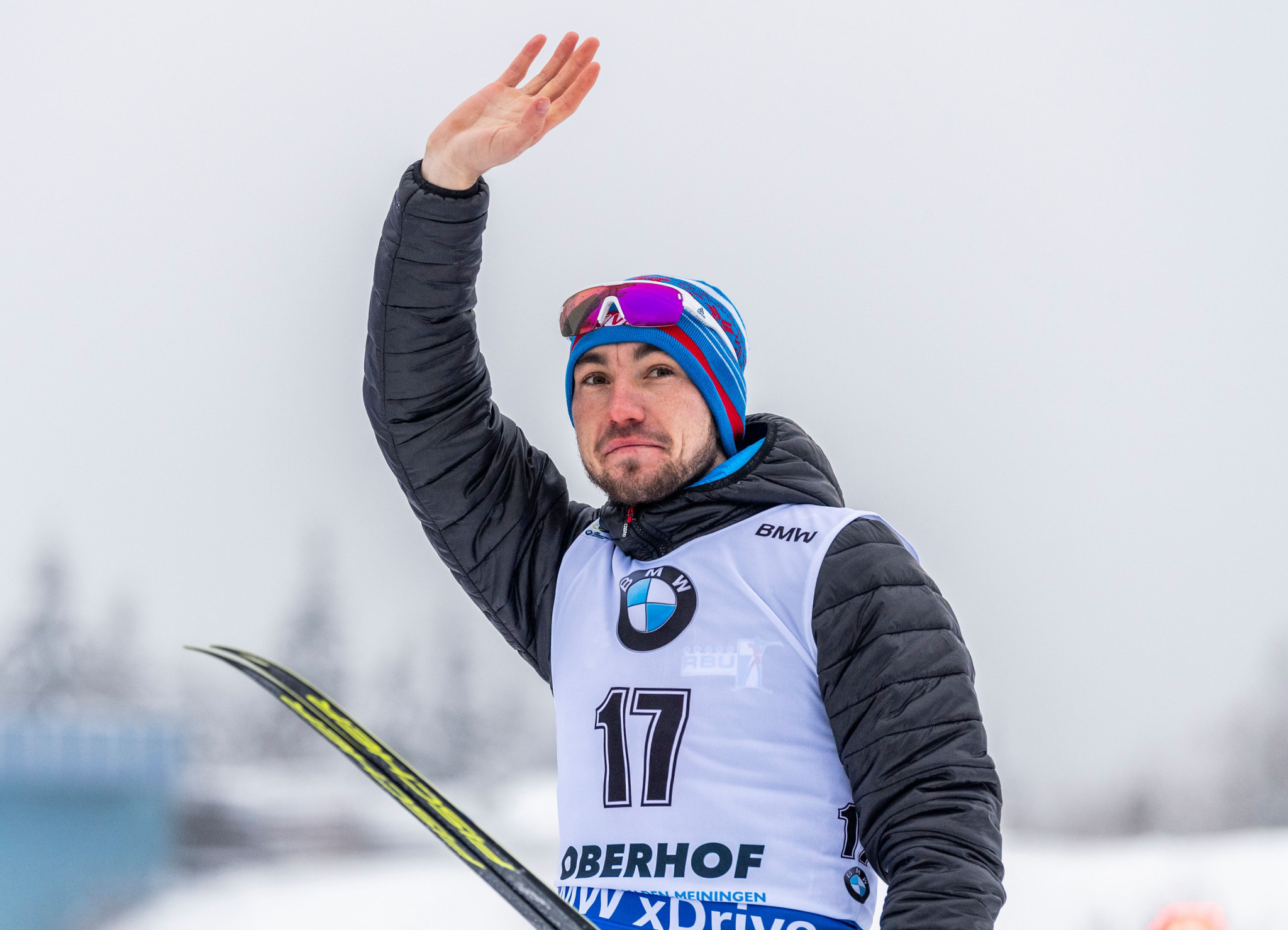 With International Olympic Committee (IOC) President Thomas Bach in attendance, the 26-year-old Loginov, banned for doping for two-years in 2014, shot clean and finished the Oberhof course in 25min 50.9sec to claim his first win.

Sweden’s Sebastian Samuelsson, who in recent weeks has become an increasingly vocal critic of the World Anti-Doping Agency and IOC’s handling of the Russian doping scandal, finished third, a further 36.8 seconds behind.

In conditions described as "normal" by the IBU, with some fog and light snow, unsurprisingly it was World Cup leader Bø who started fastest.

By the first prone stage the Norwegian had built up a 13 second lead and shot clean, though Loginov, Samuelsson and another athlete, Germany’s Benedikt Doll also made no mistake, with Doll marginally closing the gap to Bø.

Going into the standing stage Bø still led, but a penalty cost him dearly and the lead switched to Loginov, who gained a 14 second lead of his own going into the last loop.

Having gained the lead at such a crucial stage, Loginov. currently second in the overall World Cup standings, made sure he did not let it slip.

In the soft snow he was simply faster than anyone else and, by the time he crossed the line, the gap to Bø had increased, not shrunk.

Samuelsson’s third place result marked the first World Cup podium of his career, despite having won an Olympic gold medal at Pyeongchang 2018 in the 4x7.5 kilometres relay.

Loginov was provisionally suspended by IBU in November after re-testing of a sample of his the previous year discovered traces of erythropoietin.

All his results from 26 November in 2013 onwards were annulled and he was handed a two-year ban from sports.

The suspension, which finished in November 2016, meant that Loginov was not allowed to compete at Sochi 2014.

Afterwards Bach claimed he was "very happy" to attend the event in Germany and meet IBU President Olle Dahlin.

"It is always exciting for me to experience the unique biathlon atmosphere here in Oberhof," he said,

"The crowd is unbelievable.

"At the same time, I was very happy to meet with the new IBU President Olle Dahlin again.

"I am impressed by the great progress IBU has made with regards to their anti-doping programme and good governance under his leadership.

"I am sure that these measures will foster the appeal of this great sport of biathlon."

Tomorrow the World Cup is due to continue with both men’s and women’s pursuit action.