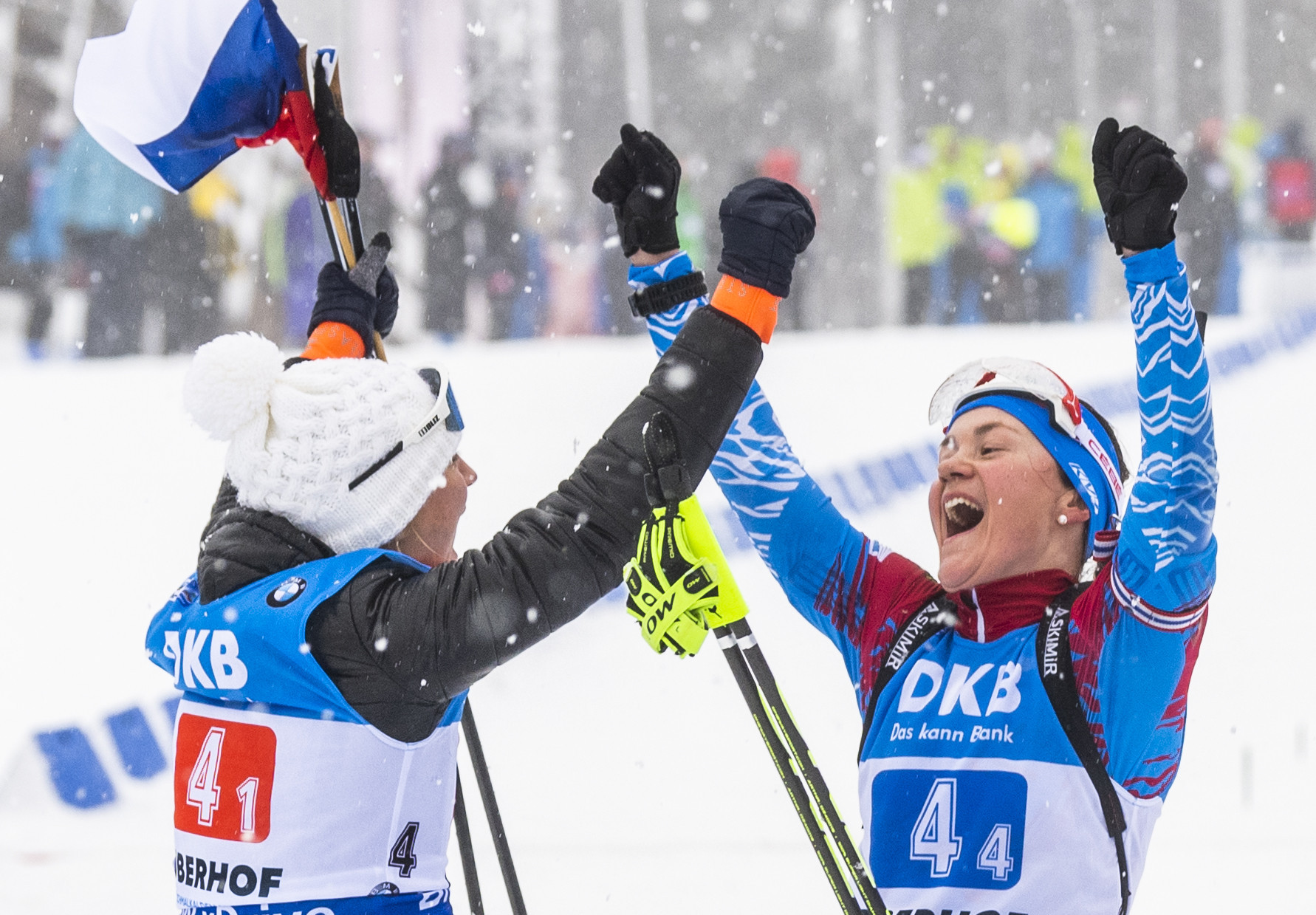 Russia won both relays at the International Biathlon Union World Cup in Oberhof today, snatching the lead from hosts Germany on the final leg of the women's race.

In very windy and snowy conditions the athletes found the race challenging with seven significant falls throughout the action.

Three came on the first loop of the women's race alone, with Austria's Lisa Theresa Hauser taking the hardest fall and losing more than 30 seconds before the first prone stage.

Throughout it all the Russian trio of Evgeniya Pavlova, Margarita Vasileva and Larisa Kuklina stayed in contention before Ekarterina Yurlova-Percht took the lead from Germany's Denise Herrmann on the last leg.

After two wins already in Oberhof, it was Italy’s Lisa Vittozzi who took the lead early on, managing to shoot clean on the first prone stage despite the high winds.

On leg two Franziska Hildebrand from Germany became one of the others to fall, crashing into the soft snow on a turn.

She recovered well on her first stop at the range and then went five-for-five on the standing stage to take the lead.

Italy, in contrast, fell out of contention when Nicole Gontier picked up five penalties on the second leg.

Russia at this point sat second after solid legs from Pavlova and Vasileva and by the final leg they were only just behind.

With the Russians on her tail, in the final standing stage Herrmann shot quickly, but perhaps too fast, picking up two penalties.

The Russian Yurlova-Percht took more time and benefited from it, giving herself a significant lead.

She was then able to maintain that until the finish, crossing the line in 1 hour 18min 46.3sec.

After her error on the range Hermann ended up coming home 33.5 seconds behind for Germany, while the Czech Republic finished in third another three seconds back.

In the men's race Russia claimed the lead on the second leg through Evgeniy Garanichev and maintained it right through to the end to win comfortably in 1:20:54.3.

With poor weather continuing from the women's race the men also had to deal with high winds and a mixture of both rain and snow throughout the event.

Germany initially led through Eric Lesser, although he was overtaken by France's Antonin Guigonnat shortly before the end of the first leg.

Four teams including Russia and the Czech Republic all reached the first change over within four seconds of each other, although once Garanichev took the lead on his leg the Russians did not relent and went on to win by just over a minute.

Austria in third finished a full two minutes and 18 seconds behind.

With action in Oberhof now over, the next World Cup event will go ahead in Ruhpolding in Germany, from January 16 to 20.