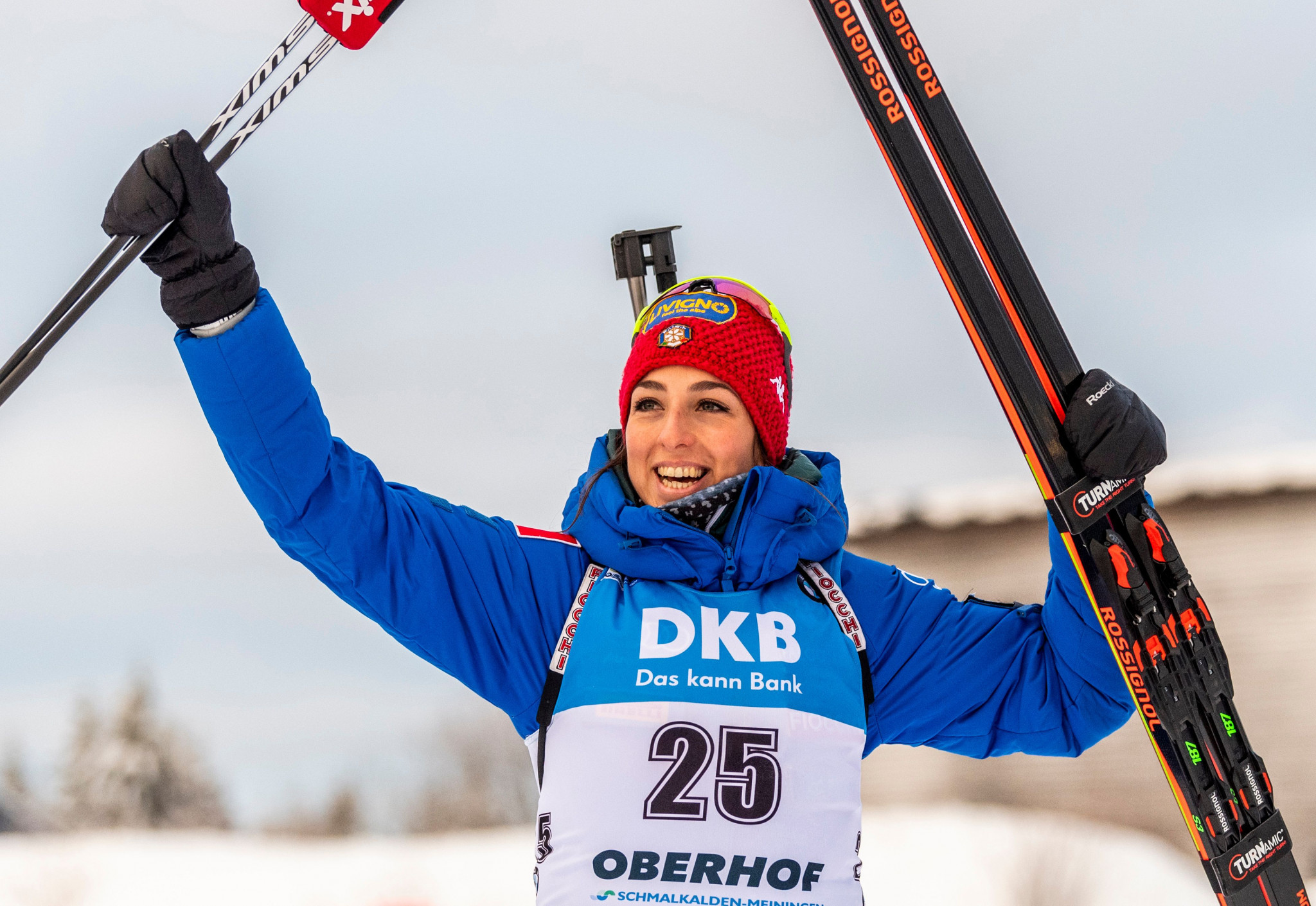 The 23-year-old, who won bronze in the mixed relay at the Pyeongchang 2018 Winter Olympics, shot clean and lead from the first split to win the 7.5 kilometre race in 22min 34.6sec.

All of the top three shot clean.

In cloudy conditions and temperatures of minus six Celsius in the German resort, Vittozzi started well and had the lead at the first 1.5km split.

Twenty-five-year-old Chevalier largely matched her early on to settle into second, while Slovakia’s Paulina Fialkova was initially third.

Italy's Vittozzi shot clean on the standing phase and then left nothing to chance on the last loop, skiing with authority to ensure she finished top of the pack.

Chevalier pushed hard to close the gap but gained no ground, while Oeberg held off a charge from Norway's Marte Olsbu Røiseland to take third, after Fialkova dropped out of contention with penalties on the range.

It all means that after nine events, Italy's Dorothea Wierer has maintained her lead at the top of the World Cup standings on 398 points and Fiakova still sits second on 365.

Vittozzi's win has seen her cement her position in third with 336.

Tomorrow the men's sprint race will go ahead in Oberhof, with International Olympic Committee President Thomas Bach set to be in attendance.

He currently tops the overall World Cup standings by 116 points.