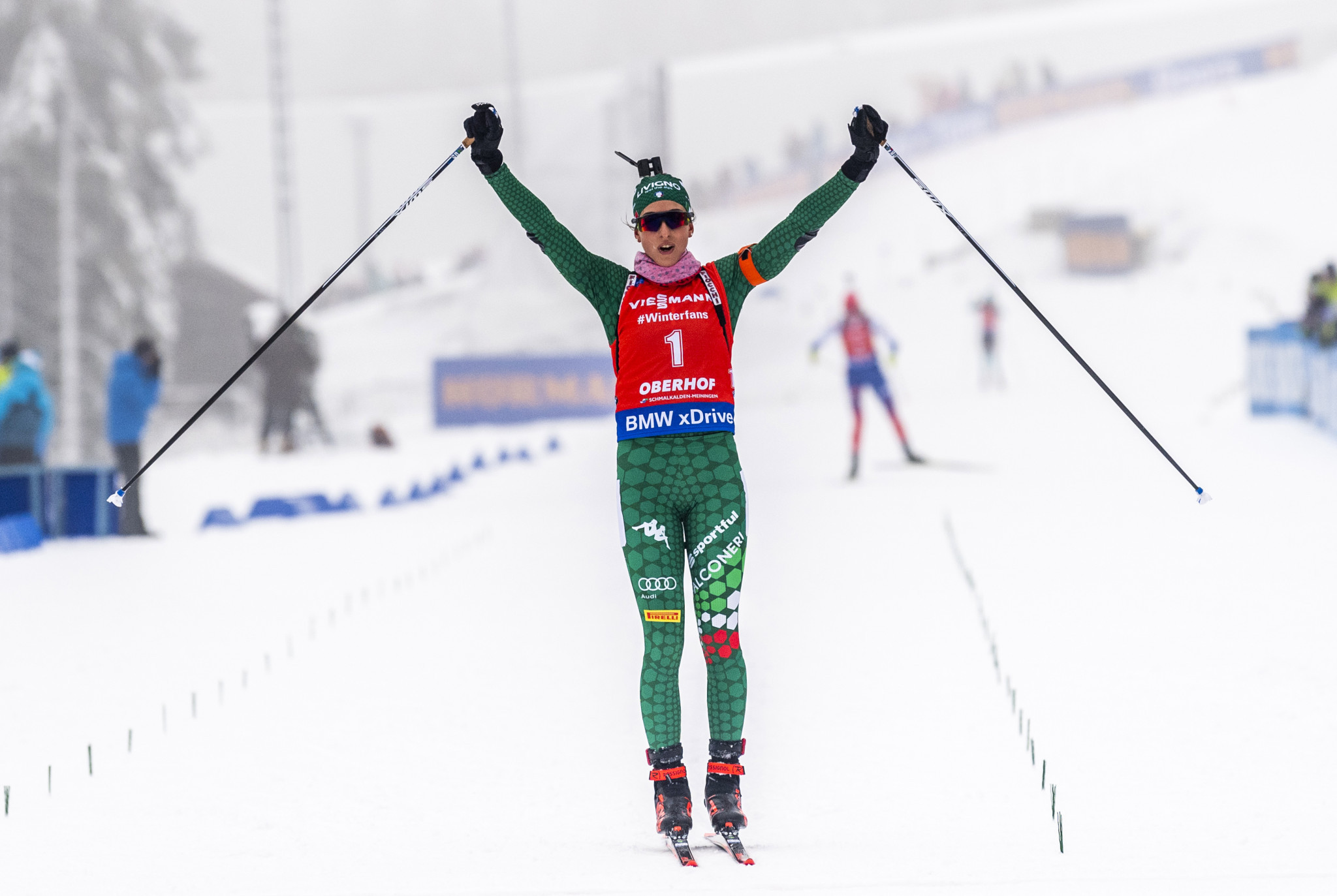 The 23-year-old claimed her first victory on the World Cup circuit in the women’s sprint on Thursday (January 10) and she has now backed that up by taking the 10 kilometres pursuit race today.

She had never previously led, let alone won, a World Cup race in the discipline, but she took victory nonetheless in 32min, 32.9sec.

"It was not an expected victory because I am feeling so tired.

"I tried to stay concentrated on the shooting range and it was enough to win.

"It was strange because I was always alone in the race."

Slovakia’s Anastasiya Kuzmina finished second, 14.5 seconds back despite picking up four penalties and Anais Chevalier from France was third with five penalties.

She crossed the line 27.9 seconds behind.

More than 20,000 fans watched today’s race in windy conditions which meant no one shot clean on the range.

Vittozzi led from the start but was only marginally ahead of Chevalier in second, until the first prone stage, when Chevalier missed three times on the range to fall behind.

The Italian missed her first shot in the second prone and then missed another on the standing,

On the way to the range for the final time, everything behind Vittozzi changed when Italian team-mate Dorothea Wierer, at that point in second, crashed into France's Anais Bescond while trying to grab a drink.

That then saw Kuzmina move up into second.

Wierer managed to get up and hold on to third for a while, though she was eventually caught by Chevalier on the final loop.

Wierer maintains her place at the top of the World Cup standings, while Vittozzi’s second win sees her jump up to second.

The 25-year-old overall World Cup leader claimed victory during a heavy snowfall in 34:29.8.

A sprint for the line behind him saw Germany’s Arnd Peiffer claim second place just seven tenths of a second ahead of Italy’s Lukas Hofer.

Russia’s Loginov, banned for doping for two years in 2014, initially led but in awful conditions he missed a shot on the first range and lost the lead, eventually slipping to fifth.

Going into the final range, Martin Fourcade had gained a marginal lead, but rushing to finish his shooting first the Frenchman missed twice, while Bø only suffered one penalty.

To make matters worse for the five-time Olympic champion, Hofer and Peiffer both shot clean, pushing the 30-year-old out of the medals.

Action in Oberhof is due to conclude tomorrow with men’s and women’s relay action.