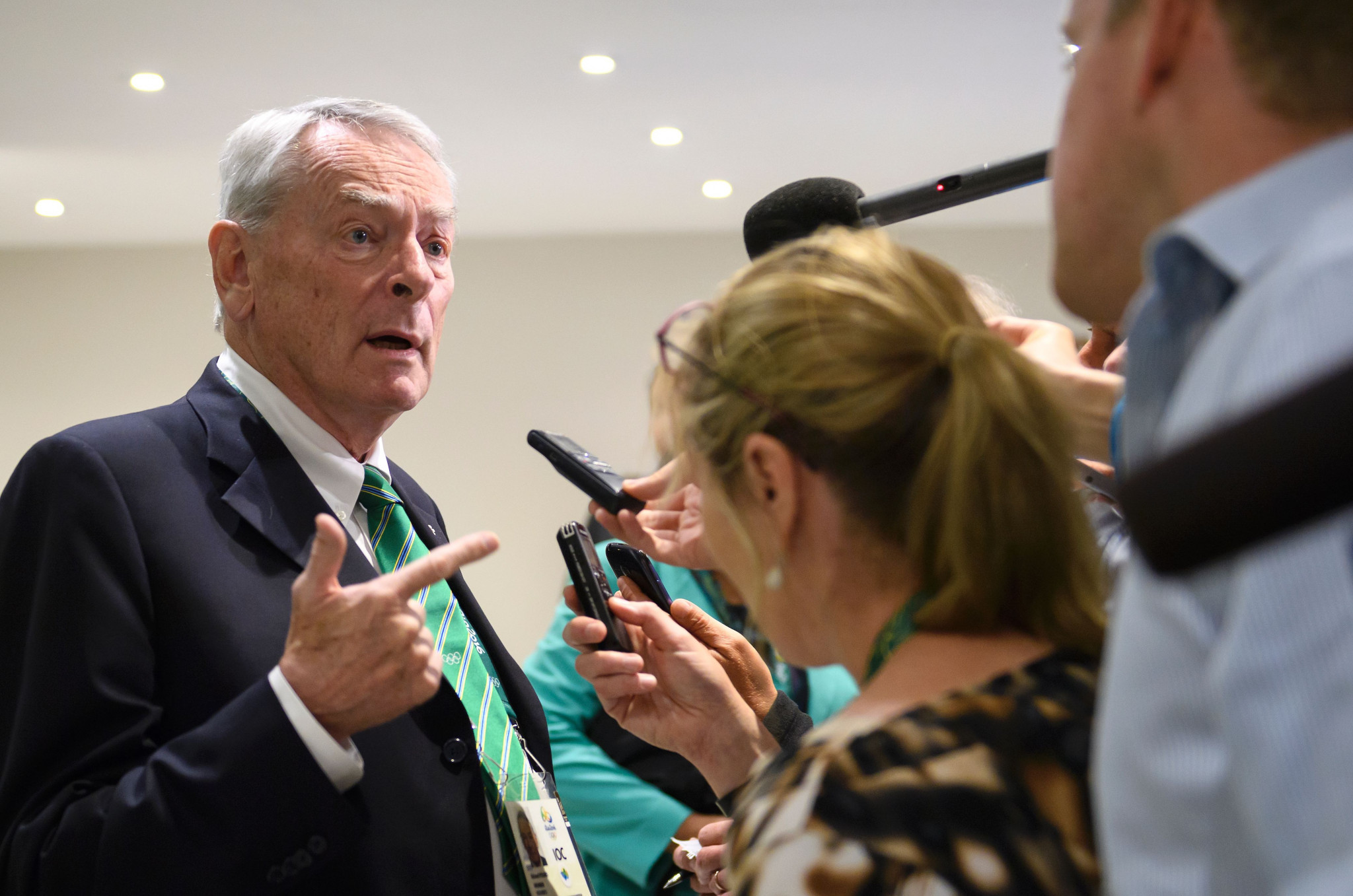 Richard Pound has said the negative response to Russia's failure to open up the Moscow Laboratory by the December 31 deadline is like a "lynch mob".

The Canadian, the founding President of the World Anti-Doping Agency (WADA) who sits on the organisation's Foundation Board, made the comments in an exclusive blog for insidethegames.

WADA has faced frequent attacks after the Russian Anti-Doping Agency (RUSADA) failed to hand over key data from its laboratory within the agreed time-frame.

Doing so was a compulsory condition set when WADA controversially reinstated RUSADA in September after a suspension stretching back to 2015.

A WADA team did travel to Moscow but were turned away empty-handed by Russian authorities who claimed the equipment they wanted to use had not been certified under the country's law.

It meant the crucial Laboratory Information Management System - which WADA say could help catch more drugs cheats while clearing others - could not be obtained.

Critics reacted by saying that the "gamble" to reinstate RUSADA had not worked while claiming it was obvious that such a scenario would take place.

The chief executive of the United States Anti-Doping Agency Travis Tygart described the situation as a "total joke and an embarrassment" but Pound has launched a hard-hitting defence of WADA.

"Lynch mobs are just that - unruly gangs having a single objective, murdering someone without any due process of justice," he said.

"Much of the response to Russia's failure to provide access to the former Moscow laboratory data by the deadline imposed by the World Anti-Doping Agency's Executive Committee in September 2018 has all the elements of a lynch mob.

"Many of those making up the mob know or should know that they are out of line.

"What is their real end-game?

"Many others are not familiar enough with the issues to have such strident views and still more have not bothered to inform themselves."

WADA's independent Compliance Review Committee are now due to review the Russia situation at a meeting on January 14 and 15 in Montreal, with RUSADA facing another ban.

This has also been questioned with critics claiming a meeting should have been convened immediately to ban RUSADA again without delay.

Pound said that doing this could not happen as due legal process means Russia needs to have the chance to respond.

"This process is well-known to the entire anti-doping community," he added.

"It is disturbing to see otherwise responsible and sophisticated organisations urge that the process be completely ignored and incite others to adopt a similar view.

"I come from a country - Canada - that has a strong tradition of respect for the rule of law.

"That tradition is the direct opposite of mob rule.

"I think more attention needs to be focused on those supporting the mob rule and possible reasons for their conduct.

"The real end-game here should be to obtain the requested data, to review it for evidence of possible doping cases that need to be pursued and to bring an end to a particularly sordid chapter of Russian conduct.

"It should also be a message that the rules apply to all countries."

Pound added that "no alternatives" to a robust WADA had been proposed and that efforts to destroy the organisation could lead to "anarchy".

Revelations of more widespread cheating at events including the 2014 Winter Olympics in Sochi then emerged and the International Olympic Committee (IOC) forced Russia to compete under a neutral flag at Pyeongchang 2018 in February.

Pound, the IOC's senior member, had clashed with the organisation over its Russia stance and the possibility that they could be allowed to march in South Korea under their own flag.

WADA's Executive Committee voted 9-2 in favour of lifting RUSADA's ban in the Seychelles in September.