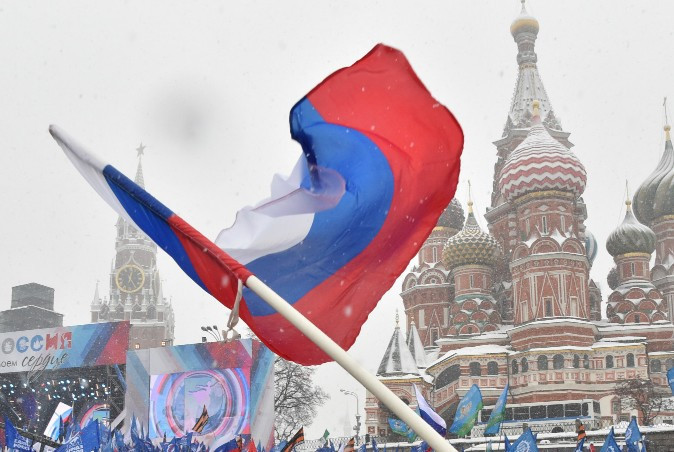 Calls for the World Anti-Doping Agency (WADA) to re-issue Russia's ban immediately have now come from the organisation's own Athlete Committee and vice-president as the backlash over the Russian Anti-Doping Agency's (RUSADA) missed deadline continues.

Both the Committee and vice-president Linda Helleland have claimed RUSADA should be declared non-compliant once again after the country failed to provide crucial data from its Moscow Laboratory by December 31.

Meeting the deadline was a key criteria of RUSADA's controversial reinstatement in September, with WADA President Sir Craig Reedie previously saying he could "100 per cent guarantee" that Russia would provide the data.

Now that has not happened criticism of WADA has been strong and widespread, with members of WADA itself saying they must act now.

Russian authorities blocked a WADA team in Moscow last month as they claimed the equipment they wanted to use was not certified under the country's law.

It meant WADA could not take hold of evidence that they say could catch more drug cheats while exonerating others.

The WADA Athlete Committee - chaired by Canada's Beckie Scott, who previously claimed she was "bullied" for arguing RUSADA should not be reinstated in the first place - admitted they are "extremely disappointed" that the deadline has been missed.

"We now expect that following the process recommended by the CRC [Compliance Review Committee] that Russia will be declared non-compliant," they said.

"Only this action will be suitable and appropriate in the view of the athletes."

The WADA Athlete Committee added that anything less "will be considered a failure by WADA to act on behalf of clean athletes".

As things stand, the CRC is set to meet on January 14 and 15 in Montreal, when they are due to discuss what action should now be taken.

Critics have called for the meeting to take place immediately, both to avoid further delays and the possibility that some sort of compromise could be reached with RUSADA between now and then.

Such calls have already come from more than a dozen National Anti-Doping Agencies (NADOs) including those from the United States, Ireland, Austria, France, Germany, Japan and Singapore.

Now though, WADA's own vice-president has joined their ranks, saying the CRC should be convened "immediately".

"I am extremely disappointed that Russia did not deliver within the more than three-month time frame they had at their disposal to extract the data,"Helleland, a candidate to become the next WADA President, told BBC Sport.

"Having said that, I am not surprised, this process has unfortunately been going on for years.

"We at WADA must act very rapidly on the actual situation and a decision by the WADA CRC and ExCo (Executive Committee) should not be delayed - I've strongly suggested that the CRC convene via a teleconference immediately."

Norwegian Helleland added that the WADA Executive Committee should also meet by teleconference as soon as a recommendation is received from the CRC.

However, in response to such calls, WADA have released a statement saying January 14 and 15 are "the closest available dates to the December 31 2018 deadline" when all CRC members can meet in person.

They add that the members feel it is "imperative" that they meet in person, as opposed to discussing the matter via teleconference as Helleland suggested.

"These dates were communicated by WADA, including on its website, since October 2018," they add.

"These dates will also make it possible for the CRC to receive and discuss, in person, full reports from: the WADA expert team that visited Moscow in late December tasked with extracting the laboratory data; the audit team that visited RUSADA in mid-December; and from WADA’s internal Compliance Taskforce."

WADA also added that in cases such as this, "the fast-track procedure requires WADA to give RUSADA and the Russian authorities a fair opportunity to make a submission for the consideration of the CRC before the CRC makes its recommendation to WADA’s Executive Committee with respect to RUSADA’s compliance status and potential consequences".

Adding to the controversy, International Olympic Committee (IOC) President Thomas Bach strongly hinted in his end of year address that Russia will not receive further punishment from them, even if WADA do take action.

The IOC forced Russia to compete neutrally at last year's Winter Olympic Games in Pyeongchang due to evidence of the country's doping problem.

"In Pyeongchang, we sanctioned the systematic manipulation of the anti-doping system in Russia during the Olympic Winter Games Sochi 2014," Bach said.

"With its suspension from the Olympic Winter Games Pyeongchang 2018, the Russian Olympic Committee has served its sanction, while in other organisations procedures are still ongoing."

The chief executive of the United States Anti-Doping Agency Travis Tygart described the situation as a "total joke and an embarrassment", while Jim Walden, the lawyer for Russian whistleblower Grigory Rodchenkov, has now released perhaps his most scathing assessment yet of the situation.

"IOC President Thomas Bach’s actions, whether borne of complicity or corruption, will forever place him in the Olympic rogues’ gallery as the great betrayer of clean sport," he said.

"But WADA’s Compliance Review Committee still has a choice.

"If they too capitulate after Russia’s latest stunt, WADA should just close its doors."