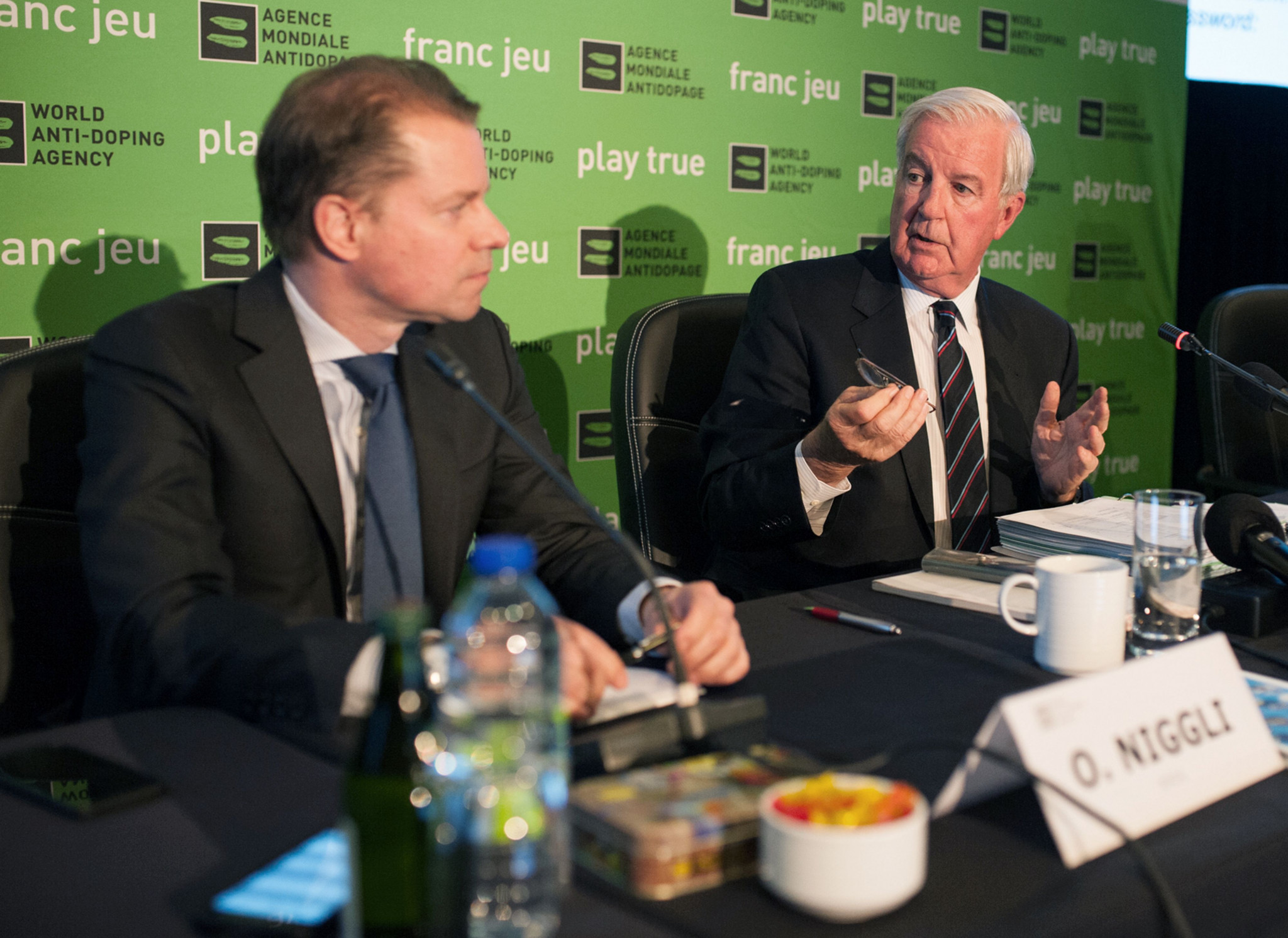 The message from the key WADA officials comes days after Russia missed a deadline to provide access to the Moscow Laboratory.

Access before December 31 was a compulsory condition set when the WADA Executive Committee controversially lifted the suspension of the Russian Anti-Doping Agency on September 20, along with securing the Laboratory Information Management System (LIMS).

The missed deadline was described by Sir Craig as "bitterly disappointing" last week, with the WADA President having previously claimed they had "an absolutely written guarantee” they would receive the key data.

In the New Year's message posted by WADA, Sir Craig and Niggli referenced the missed deadline, acknowledging the Russian doping scandal will continue to be a focus for the organisation.

"As you know, since 2015, much of WADA's time and energy, and that of the anti-doping community, has been consumed by the Russian doping scandal," the message read.

"Just five days into 2019, we can see that the effort is far from over.

"Yet, in addition to managing the outcomes of the McLaren Investigation and continuing to work hard towards building a credible and sustainable anti-doping system in Russia, there was plenty of other important work carried out in 2018.

"There is no question that, due to the Russian doping scandal, WADA has been navigating challenging times; however, we believe that it is important that we also consider the achievements that have been delivered by WADA's 100-plus talented and dedicated people.

"The Agency is made up of scientists, physicians, legal experts, educators, investigators and others - a number of which were elite athletes - that, rest assured, are playing a huge part, every day, in protecting clean sport."

Among the achievements cited by the two WADA leaders was a "strengthened World Anti-Doping Code Compliance Monitoring Programme", which includes an international standard for code compliance.

The standards, which came into effect in April last year, were touted as a key part of the decision to reinstate RUSADA in September with the promise of tougher measures if they failed to meet their obligations.

It was also claimed that WADA's capability for intelligence gathering and investigations was strengthened last year through partnerships with Anti-Doping Organisations and law enforcement.

The WADA leaders further claimed their whistleblower programme has grown in importance while arguing that successful investigations into the International Biathlon Union and Kenyan athletics have taken place.

The approval of reforms to WADA's governance model in November, with claims these will lead to more independence and enhanced athlete and National Anti-Doping Agency representation, were also viewed as successes.

Progress of the 2021 code review process and the Anti-Doping Charter of Athlete Rights was also highlighted, while the development of the Athlete Biological Passport and scientific-based knowledge in the WADA Prohibited List and Therapeutic Use Exemptions was also asserted.

Independent observer and athlete outreach programmes for major events was also deemed a success, including the Pyeongchang 2018 Winter Olympics and Paralympics, the Gold Coast 2018 Commonwealth Games, the Asian Games in Jakarta and Palembang and the Youth Olympics in Buenos Aires.

"Helping to fund all these activities, in November 2017 and May 2018 the Board approved eight per cent annual increases for the WADA budget for 2018-2022, demonstrating the importance of WADA's mission and the faith that the Board maintains in its management," the message concludes.

"Armed with these additional resources, the WADA team looks forward to working with you to strengthen existing activities and initiate new ones in 2019 and beyond.

"In November, WADA will celebrate its 20th anniversary with stakeholders who will convene for the Fifth World Conference on Doping in Sport in Katowice, Poland.

"Until then and thereafter, our committed and capable team will continue, with unwavering resolve, to partner and deliver on the Agency’s priorities and shape an evolving anti-doping system that is ready, willing and able to safeguard athletes’ dreams."