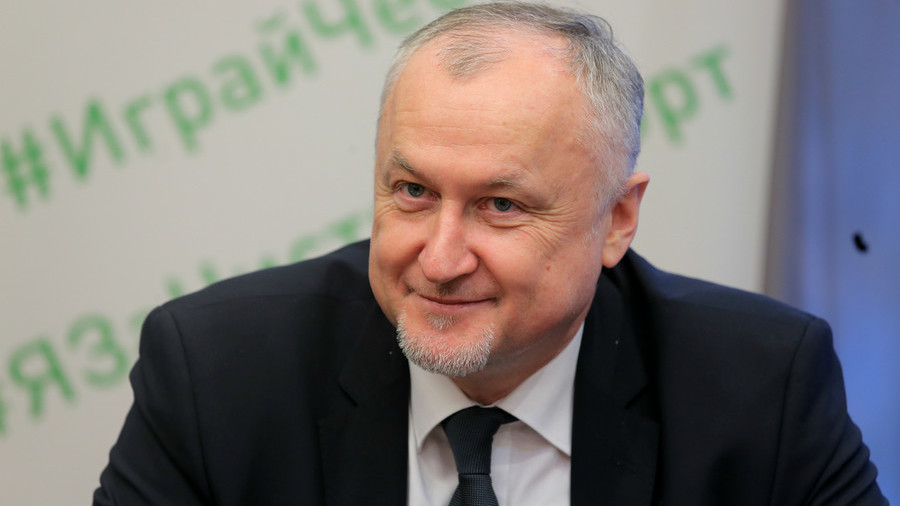 Russian Anti-Doping Agency (RUSADA) director general Yury Ganus has again warned that the country faces the risk of being suspended if it does not meet a deadline of tomorrow for experts from the World Anti-Doping Agency (WADA) to visit and receive data from the Moscow Laboratory.

Russia's Sports Minister Pavel Kolobkov has claimed they are discussing the situation with WADA after the experts returned from Moscow empty-handed earlier this month after authorities claimed their equipment was not certified under the country's law.

"The Ministry is grateful to WADA for constructive cooperation.

"A thing to note is that we have the same view of ways to resolve the situation."

WADA's Compliance Review Committee will review a report by the team when it is due to meet in Montreal on January 14 and 15.

"In parallel we continue to make efforts to retrieve the lab data and as such we remain in contact with the Russian authorities in that regard," WADA said in a statement.

There are already calls for RUSADA to be declared non-compliant again, raising the prospect of Russia being barred from hosting major international events and putting into question their participation at the 2020 Olympic and Paralympic Games in Tokyo.

Vladimir Putin's spokesman Dmitry Peskov dismissed Ganus' concerns last week after he had warned that sport in Russian was "on the brink of the abyss" if it failed to meet the December 31 deadline.

Peskov claimed "many of the concerns he expressed are unfounded".

But Ganus is concerned the Russian Government is playing a dangerous game by missing the deadline to hand over the information.

"This letter came to us, it says that Minsport and RUSADA must fulfill the relevant requirements at a certain time," he told Russia's official state news agency TASS.

"I have not seen a single document that would speak about a date different from December 31.

"And when they talk about the fact that the work processes are going on, they have been going on for three years now.

"Everyone is interested in the result, therefore all attention is focused on Russia, from which everyone is waiting for the conditions to be fulfilled."

Russia were initially banned in 2015 after a WADA-commissioned report found evidence of widespread state-sponsored doping in Russian athletics, but conditionally - and controversially - reinstated in September.

Allowing WADA access to the Moscow Laboratory where Grigory Rodchenkov, now the main whistle blower in the case against Russia, worked by December 31 was a key part of that reinstatement.

WADA officials are privately blaming Russia’s Investigative Committee, set-up by the Government, which is holding the data for its own probe, including possible criminal action against Rodchenkov, for blocking their investigation.

"The question will arise: can WADA withstand this pressure, like a dam that holds water pressure?" Ganus told TASS.

"The pressure on WADA after September 20, when RUSADA was restored, was enormous, and if the situation does not change by the end of the year, the first statements will appear on the first day [of the New Year] and one day later, it is possible that the fires of the Inquisition will start to burn.

"I do not want to be a prophet, but, frankly, I feel anxiety."