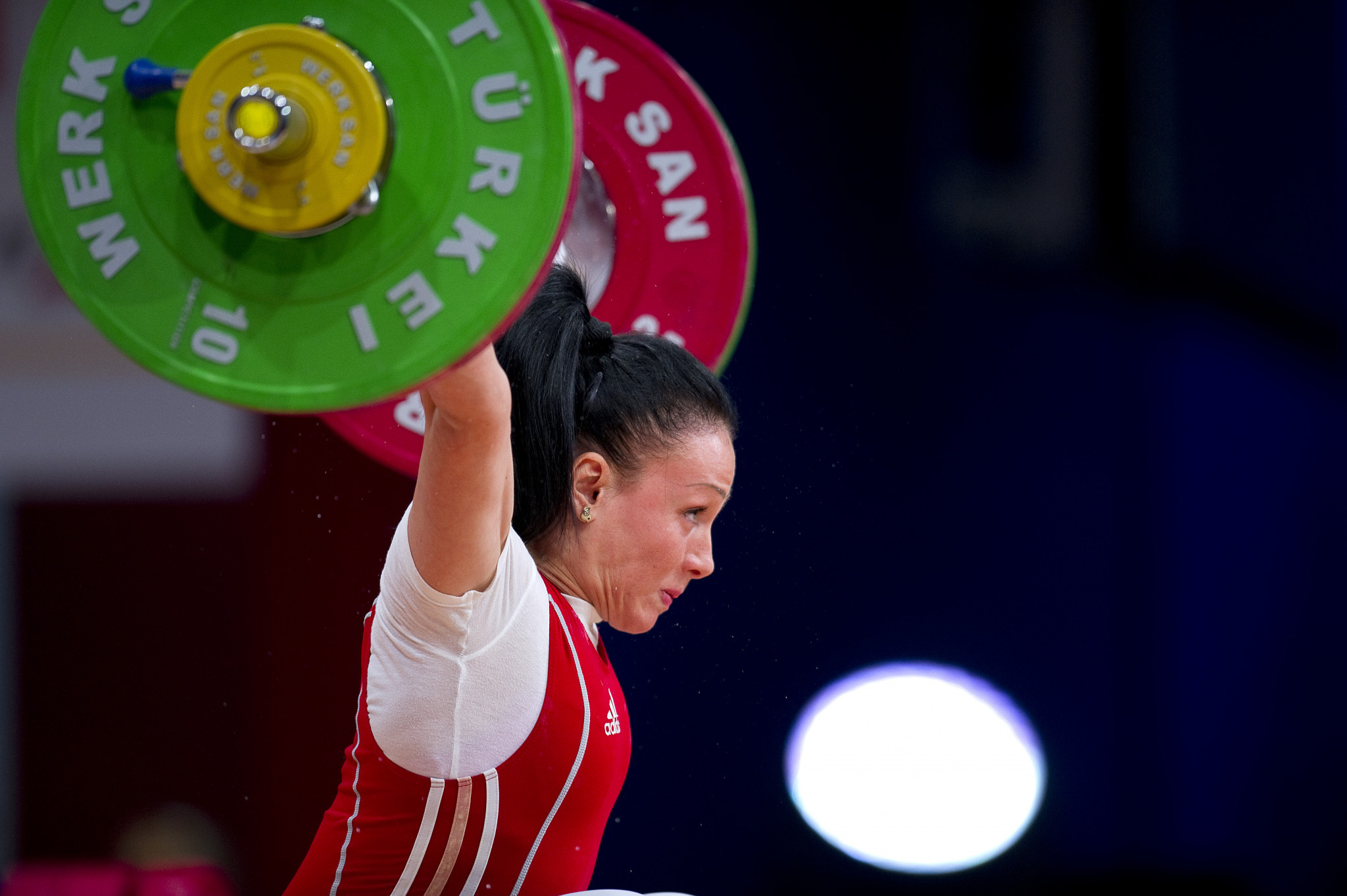 Cristina Iovu has competed for three different nations in weightlifting, and now has the unwanted distinction of having a doping violation for all three of them after her name appeared in a list of eight new cases announced by the International Weightlifting Federation (IWF).

Iovu, 26, faces a lifetime ban from the sport if the violation is proved.

There are no Olympic gold medallists among the eight new cases, but Iovu won a bronze medal in London at 53kg before losing it when she was caught in the first wave of retests carried out by the International Olympic Committee.

Iovu was competing for Moldova, where she was born, at the time and made a lucrative switch of nationality to Azerbaijan before her stored sample was retested.

She was disqualified retrospectively from three competitions as an Azerbaijan lifter in 2013 after testing positive out-of-competition.

Because her 2012 positive was not known at the time her suspension was only two years.

The London 2012 positive, revealed in 2016, would normally have led to a long ban but, on a technicality over the timing of announcements, she was cleared to return to competition this year, by when she had changed nationality again, to Romania.

Iovu was fourth in the recent IWF World Championships in Ashgabat, Turkmenistan.

She has been charged under rule 2.2 of the IWF’s anti-doping policy, which is based on witness statements and/or other documentary evidence rather than a positive test.

Only two weeks ago Iovu was hailed by a Government Minister as “a true ambassador of Romania” when her club, CS Dinamo, won a national award.

The other seven cases include a world youth champion and a World Championships bronze medallist from Thailand, and a European junior champion from Bulgaria.

According to reports in the Bulgarian media Dimitrova had tested positive before, and has been banned for life by her own federation.

Two sisters from Costa Rica, Virginia and Victoria Araya, who both competed at the Pan American Junior Championships this year, have also tested positive.

The others are Mateus Gregorio Machado, a 25-year-old Brazilian super-heavyweight who has been on the podium at the Pan American and South American Games, and the Indian Poonam Dalal, 22, who won a bronze medal in the Commonwealth Youth Championships at 48kg five years ago but has not competed since.

As well as announcing 13 doping violations this week, the IWF has also listed sanctions for six weightlifters, including a life ban for Iuri Dudoglo of Moldova, who had already been suspended twice before.

There was a four-year ban for lifters from Azerbaijan and Turkey, Azar Mammadli and Abdulmuttalip Dokmetas, and two-year suspensions for athletes from Tajikistan and Afghanistan.