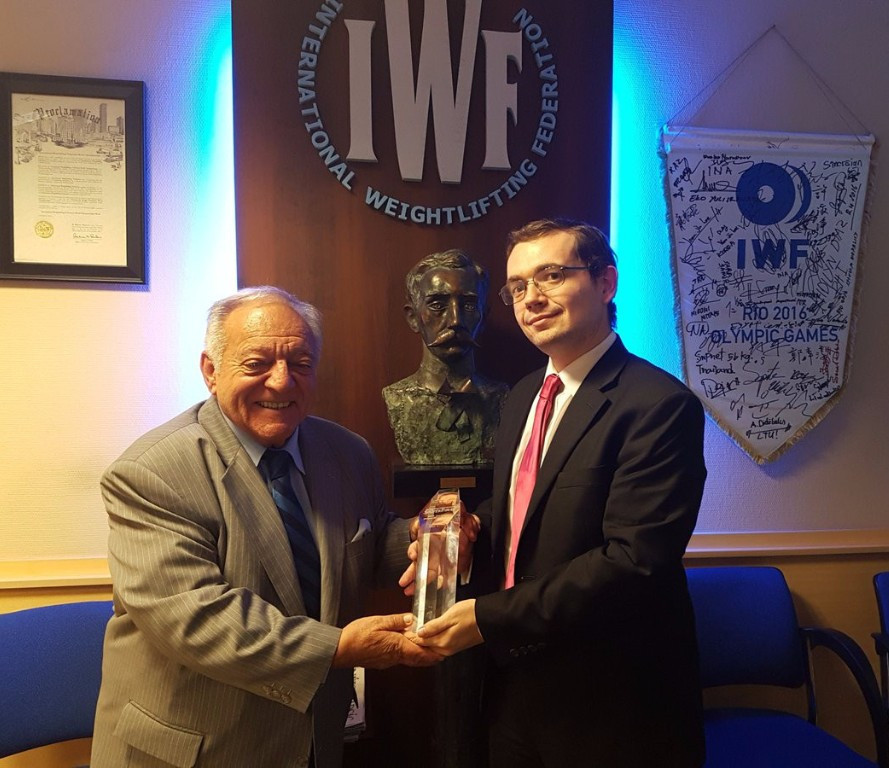 The United States wants countries with a clean doping record to be given more of a say in weightlifting’s future and will submit a radical proposal for change in voting rights at a meeting in Hungary starting today.

This has been a momentous year for the International Weightlifting Federation (IWF), which has overhauled the sport with a tough new Olympic qualifying system that punishes past dopers, and a completely new set of bodyweight classes.

These and other changes have been praised by the International Olympic Committee (IOC), which has effectively put weightlifting on probation, with its place on the Olympic Games programme not secure beyond 2020.

The qualifying system rewards nations with a clean record over the past 10 years, while restricting the countries with the worst doping record to only two places at Tokyo 2020.

The same principle is used in the US’ proposal for a change in voting rights, given preliminary consideration by an IWF working party in Budapest yesterday along with other suggestions, such as more female representation on the Executive Board, and term limits for office holders.

Phil Andrews, chief executive of USA Weightlifting, said the plan - which would also reward nations who hosted the IWF World Championships or Olympic Games - would be good news for weightlifting for two reasons.

“First, it gives more power to countries with a clean record in doping over recent years,” he said.

“Second, it incentivises countries with previously bad records to do more towards having a clean programme in the long term.

"The IWF has done a great job in putting in exceptional policies to protect the clean athlete - and this constitutional change will enshrine this outstanding work for the long term."

The precise wording of the proposal, which could be amended by this week’s meeting, is: “Full members with one anti-doping rule violation or less in the previous eight years shall be awarded one further vote (at Congress, the highest decision-making body).

"Full members with one anti-doping rule violation or less in the previous eight years who have hosted the IWF World Championship or Olympic Games shall be awarded a further one vote, for a maximum of three votes.”

If accepted next year, the new proposal would give a maximum three votes to the the US, Britain and France, while other Olympic Games or IWF World Championships hosts - Poland, Kazakhstan, Brazil and Turkmenistan - would not gain an extra vote because they have had more than one positive in recent years.

Many more nations would receive an extra vote for their clean record since 2011.

Andrews pointed out that there was a precedent set by Panam Sports, which influenced his decision to submit the proposal.

“It’s a cultural change item that I believe the IOC will really like – I have actually asked a couple of IOC members.

“I believe the IWF executive board is likely to approve anything that has IOC support.”

Attila Adamfi, director general of the IWF, said he could not comment on individual proposals, but pointed out that this had been “an interesting year regarding the anti-doping fight and some of the proposals we have received are connected to that, to the IWF’s recent even more tougher attitude to doping and to those countries which are traditionally involved”.

Nine of those countries, known as the "Tbilisi nine" because that is where a decision was taken to suspend them for a year, had suffered the consequences of their poor doping numbers going back to the Beijing 2008 Olympic Games.

Apart from China, the “Tbilisi nine” showed a marked drop in performance in the recent IWF World Championships in Ashgabat, Turkmenistan, which is seen as an indicator that the IWF’s tougher stance on doping is working.

Adamfi called Ashgabat “a milestone event” and said, “It is interesting that more than half of the athletes from the nine did not even make the A Groups, with 64 of 122 in the B, C and D Groups.”

He said there was “a clear distinction between China and the rest” based on their doping record of only two positives since 2011, the evidence of which “suggests their recent success was not supported by doping”.

“Take out China and look at the other eight,” said Adamfi.

“Azerbaijan, all seven athletes in C or D Groups, not even one in B.

“Their role was more realistic, their performance level much more equal to the others.”

Russia won two gold medals but nine of their athletes did not compete in the A Group; the numbers were not good either for Moldova, Ukraine, Belarus, Armenia or Turkey; many individuals - not just from the “Tbilisi nine” - performed well below their career-best levels.

Taking China out of calculations, the other eight won 36 per cent of the medals in total at the 2015 IWF World Championships - the last time they all competed before this year - compared to 17% this year.

“This all shows that our efforts were definitely effective,” said Adamfi.

“We can be proud of what the IWF achieved, together with the whole weightlifting family, in 2018.

“It was appreciated by the IOC and highlighted in their comments following their recent meeting in Tokyo.

“We are on the right path but we still have a few challenges ahead of us, and we’re happy to face them, to fight them even though sometimes it’s difficult.”

The aim of this week’s meeting is to consider proposals for changes to the constitution, to gain a first impression of what the member federations have asked for – they have all been invited to send in suggestions.

"We are not in a hurry,” said Adamfi.

"There is plenty of time to consider what is best for the IWF in future.

"As time goes on we will have less and less bad news, and more good news."