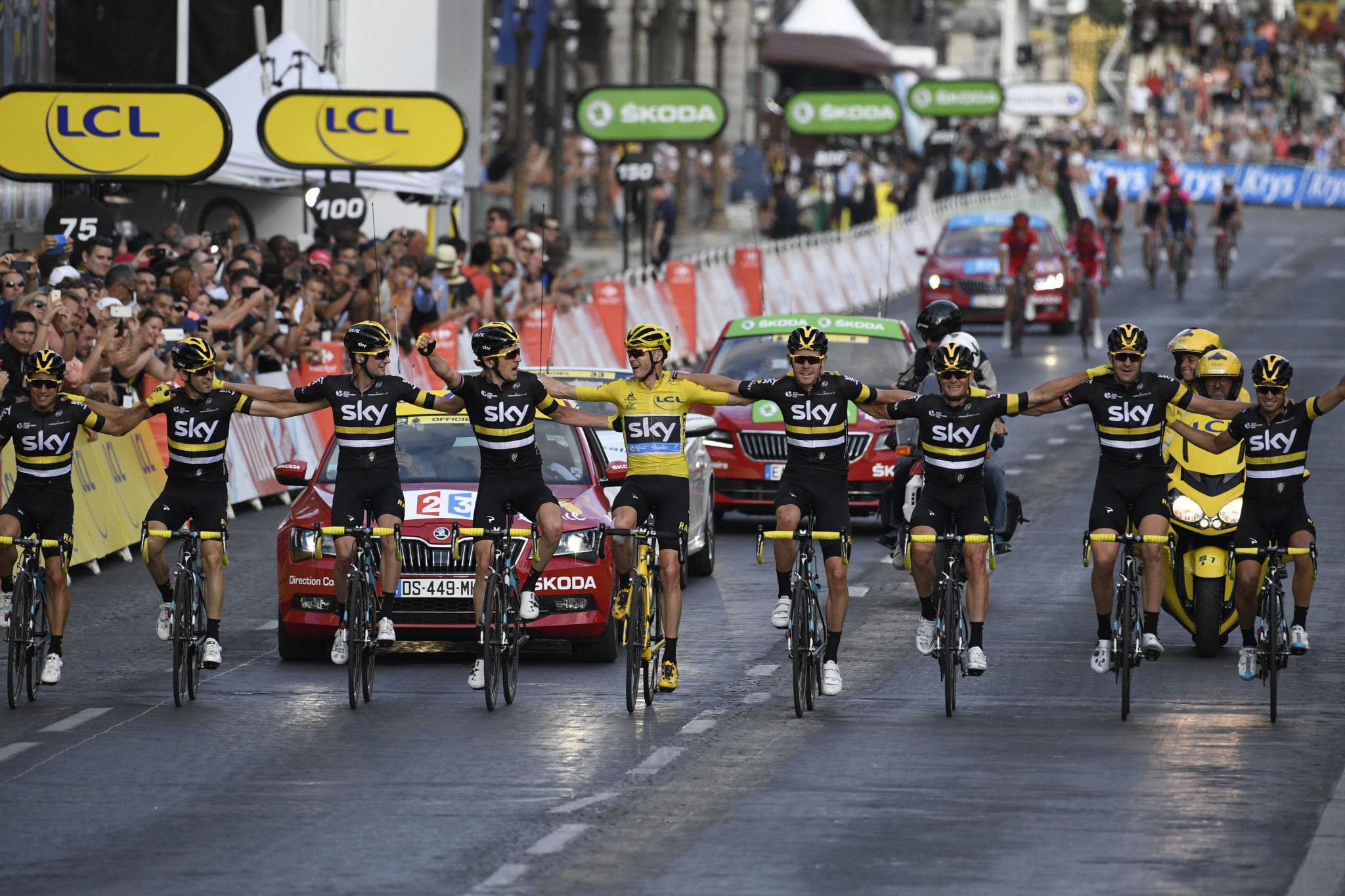 Broadcast giant Sky is to end its involvement in cycling with 2019 being the final year for its highly successful Team Sky road team.

The shock announcement today puts into doubt the future of an outfit which has dominated the circuit for several years, including winning the last four stagings of the Tour de France and six out of the last seven.

Sky, taken over by American company Comcast in a £30 billion ($38 billion/€33 billion) deal in September, is a company undergoing changes and first involved itself in cycling in 2008.

They said today that the British-based Team Sky will continue to race in 2020 under a different name if a new sponsorship backer can be found in time.

Clarity about this has been promised before the 2019 Tour de France in July.

But the team has also endured controversy regarding drug claims which have threatened to take the gloss away from their sporting achievements.

British Members of Parliament ruled Team Sky had "crossed an ethical line" by allegedly using drugs that are allowed for medical reasons to enhance performance.

The contents of the package have never been revealed with Team Sky, who have repeatedly denied wrongdoing, facing criticism over their supposed lack of medical records.

Chris Froome, a four-time Tour de France winner who has also won the other two Grand Tours - the Vuelta a España and Giro D'Italia in Team Sky colours, was also involved in a high-profile drugs case before being cleared.

"Sky has announced that 2019 will be the final year of its involvement in cycling, drawing to a close an association spanning more than a decade of unprecedented success," a Team Sky statement said today.

"The decision will bring to a conclusion Sky's ownership and sponsorship of Team Sky, which will continue to race under a different name if a new backer is secured to provide funding from the beginning of 2020.

"The team will compete as Team Sky for the last time throughout the 2019 road racing season, aiming to add to its total of 322 all-time wins including eight Grand Tours, 52 other stage races and 25 one-day races."

Graham McWilliam, the chairman of Team Sky, said: "It's been a pleasure and a privilege to have been on the journey with Team Sky and British Cycling right from the start.

"Priority now is to help find new partners to take the team into the future.

"Now is the right time.

What a journey it has been! Thank you Sky 💙
Let’s make 2019 the best year yet 👊 pic.twitter.com/SwaoBKknAm

"The start of a new chapter for Sky corporate is a natural moment.

"Twelve months gives Team Sky time to plan for the next phase.

"The decision was taken by Sky in the last few weeks.

"Comcast are aware and supportive of what we have decided to do, but this is our decision not theirs.

Froome said the team planned to be together in 2020 "if at all possible".

"We will all be doing everything we can to help make that happen," he said.

"In different colours with a new partner but with the same values, focus and desire to win."