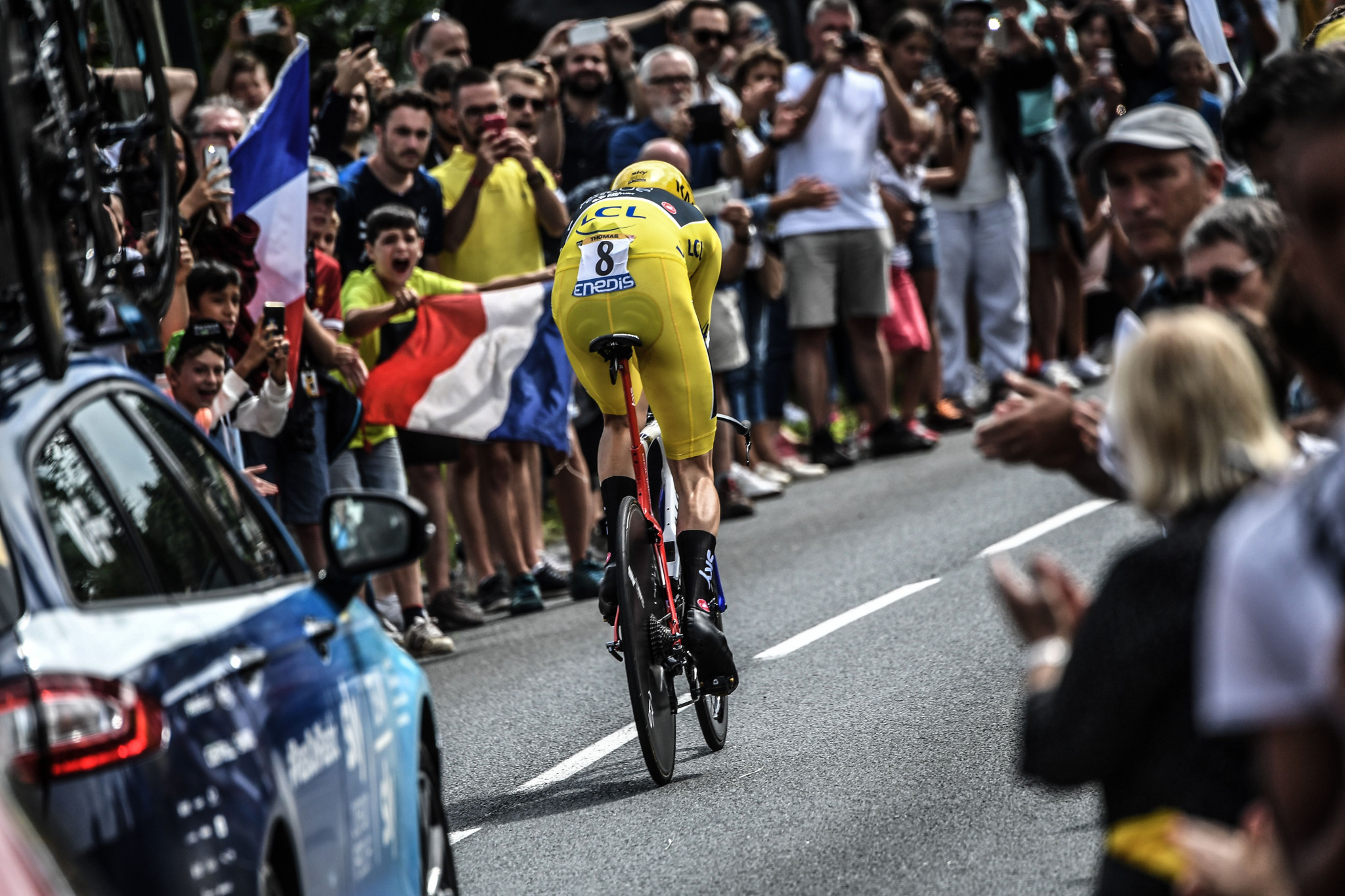 Geraint Thomas is set to be crowned the third British winner of the Tour de France in seven years as he produced another superb performance during the penultimate stage today.

The Team Sky rider finished third in the 31 kilometres time trial from Pee-Sur-Nivelle to Espelette to effectively seal the yellow jersey with only tomorrow's processional stage remaining.

Thomas' nearest challenger Tom Dumoulin claimed victory in the time trial, crossing the line 14 seconds quicker than the Welshman in a time of 40min 52sec.

It  mattered little, though, as Thomas maintained his lead to end Dumoulin's hopes of wrestling the yellow jersey from the 32-year-old.

Defending champion Chris Froome is also out of contention for the overall victory but leapfrogged Slovenian Primož Roglič, the winner of yesterday's final mountain stage, into third on the general classification standings after he crossed the line today in second.

Thomas' inevitable triumph, which will be confirmed on the Champs-Elysées barring any catastrophe tomorrow.

Riders traditionally do not attack during the final stage, meaning Thomas will be given free reign to complete the stage and clinch the Tour de France title for the first time in his career.

The 32-year-old from Cardiff, a member of Britain's Olympic gold medal winning pursuit team at Beijing 2008 and London 2012, was a founding member of Team Sky but had never finished higher than 15th in the Tour de France before this year.

"I'm really trying not to cry, it's unbelievable. I tried not to think about it, just take it day by day," Thomas told British broadcaster ITV4.

"I've won the Tour de France man, I don't know what to say.

"When I had a wobble on that corner, I thought, 'Chill out a bit'.

"[Team Sky sporting director] Nico Portal was on the radio and told me to make sure I win the Tour, don't risk anything.

"I didn't think the course was too technical but then every corner seemed like a 180 degree turn.

"I can finally let the emotion come.

"The last time I cried was at my wedding, I don't know what happened then, at least I know what's happening now."