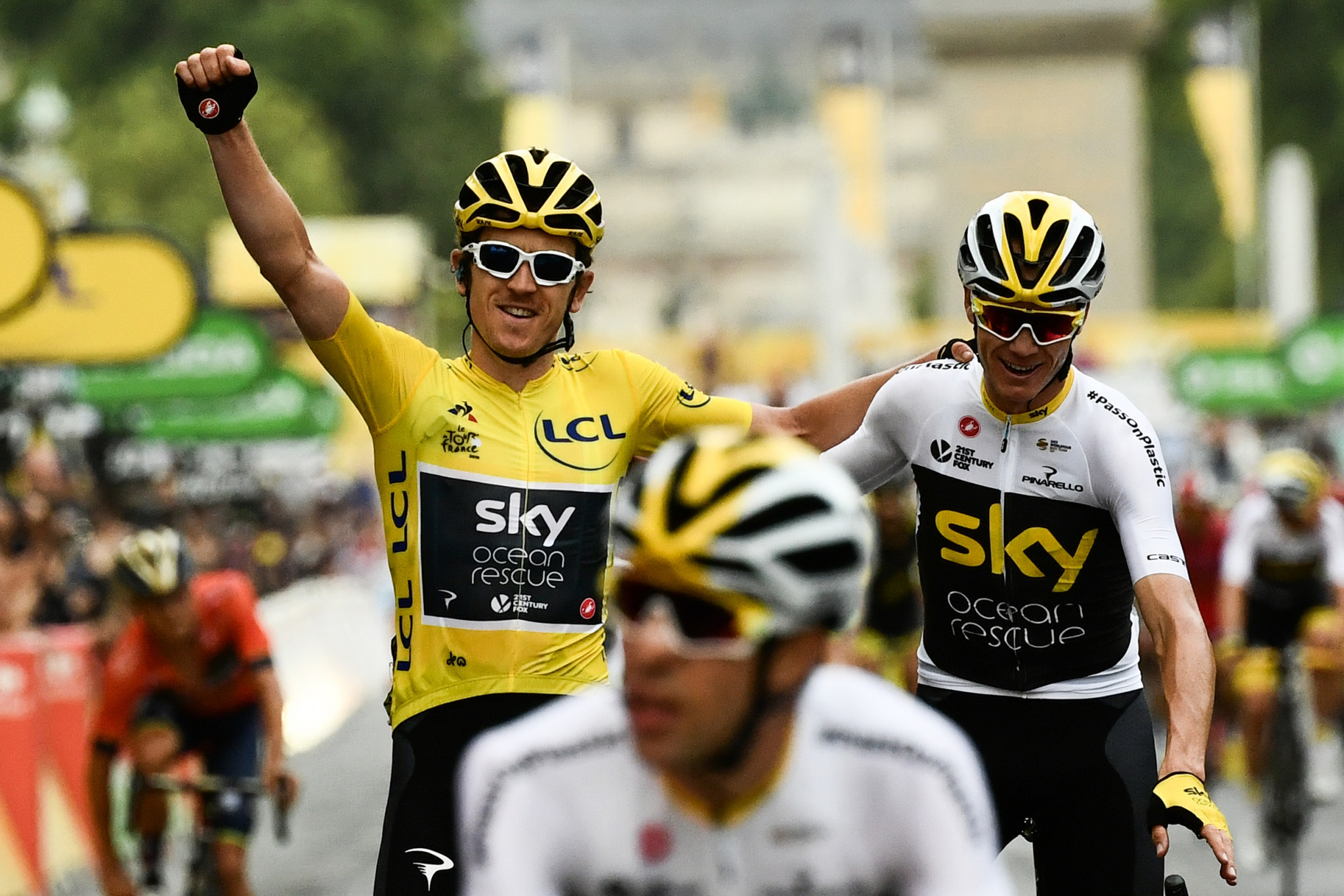 Great Britain's Geraint Thomas was confirmed as the Tour de France winner after crossing the finish line in Paris, as Alexander Kristoff won the final stage.

The Welsh Team Sky rider only needed to finish in the French capital with the leader not challenged on the last stage.

Riders from Britain have now won six Tour de France titles in the past seven years.

Norway's Kristoff timed his sprint on the Champs-Elysees to perfection to surge past Yves Lampaert from Belgium and then hold off John Degenkolb from Germany and Frenchman Arnaud Dernare.

"They are not here today, they are out after the mountains and I managed to win."

The final standings has Thomas top, having finished the Tour in 83 hours, 17mins and 13secs, 1:51 in front ahead of Dutchman Tom Dumoulin from Team Sunweb and 2:24 in front of team-mate Froome in third.

"When I rode the Champs Elysees for the first time in 2007 that was insane just to finish the race and just to be a part of it," Thomas said afterwards.

"To now to be riding round winning it is just incredible.

"It won't really sink in for a few months, it's just a whirlwind now.

"I seem to be floating around on cloud nine.

"It's incredible, the stuff of dreams."

Prior to the start of the Tour de France Froome was the favourite, having won the last three in succession, plus the Vuelta a Espana in September and the Giro d’Italia in May.