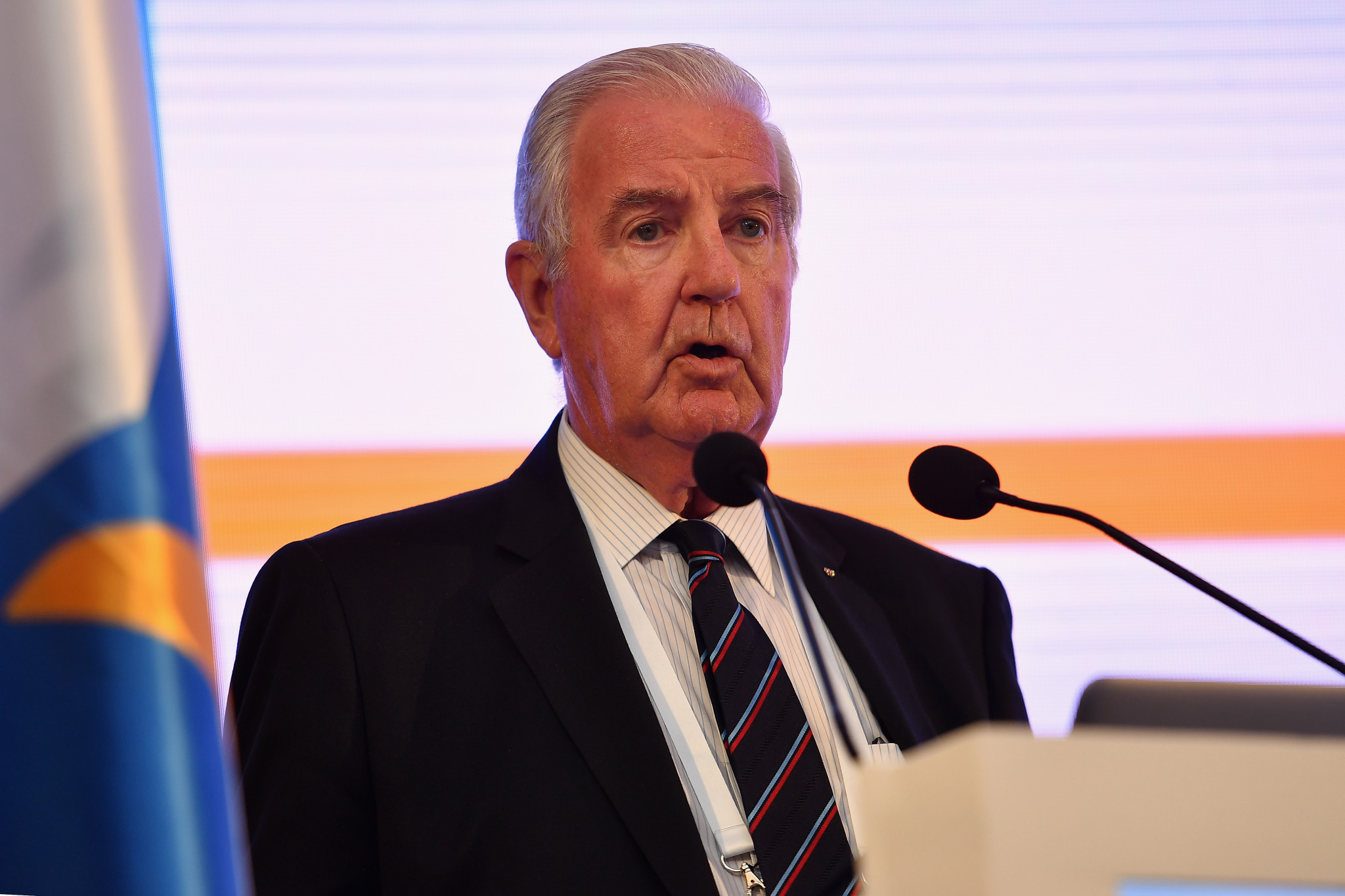 World Anti-Doping Agency (WADA) President Sir Craig Reedie has rejected the Movement for Credible Cycling's (MPCC) call for his resignation, insisting he will remain in the post until his term ends at the end of 2019.

The MPCC is a union, including seven of the 18 International Cycling Union (UCI) WorldTour teams, which seeks to defend the image of cycling through "transparency, responsibility and mobilisation of its members".

The group, led by Roger Legeay, released an open letter following their General Assembly on Wednesday (October 24) which called for the WADA President to quit.

Among the grievances listed were WADA's handling of the controversial Chris Froome case, tramadol not being added to the prohibited list, the reinstatement of the Russian Anti-Doping Agency (RUSADA), a supposed lack of independence and progress concerning Operation Puerto.

It is not the first time the MPCC have publicly clashed with WADA, with the group also releasing an open letter to director general Olivier Niggli following their General Assembly last year which criticised tramadol and corticosteroids not being prohibited.

Responding to the call to resign in a letter, published by the BBC, Sir Craig defended the strength of the organisation.

"Let me be clear from the outset, as President of WADA, I fully intend to lead the anti-doping movement until the end of my second term next year," he wrote.

"That is the extent of my mandate and at that stage I will be happy to pass on the leadership of the organisation to my successor on December 31, 2019, full in the knowledge that it is stronger and more effective now than it has ever been throughout its 20-year existence."

The handling of Froome's salbutamol case has particularly been highlighted by the MPCC, who allege it showed "the way sanctions are not applied equally and procedures are not followed equally".

The group claims this is "devastating for the credibility of the sport, for WADA itself".

Froome, a four-time Tour de France winner, was ultimately cleared by the UCI on the eve of this year's race.

The case had begun after the British Team Sky rider was found to have twice the permitted 1,000 nanograms per millilitre concentration in his sample, following a stage at the 2017 Vuelta a España, which he won.

The UCI revealed that WADA accepted his sample results did not constitute an adverse analytical finding, with the organisation explaining it was "not inconsistent with the ingestion of inhaled salbutamol within the permitted maximum dose".

WADA said they would not appeal the decision and claimed Froome was not over the limit of inhaled salbutamol.

"As regards Christopher Froome, WADA remains convinced that the UCI reached the correct and fair outcome in what was a very complex case," Reedie wrote.

"Your efforts to over-simplify it, without having knowledge of the voluminous file of the case and both the scientific and legal challenges it raised, demonstrate an unfortunate attempt to cast a shadow on WADA's credibility and an obvious refusal to accept the reality of what happened."

The MPCC had also lamented the "lack of evolution" of the WADA Prohibited List, claiming the recently published 2019 version confirmed this trend.

In particular, the group took exception to tramadol remaining on the monitored list, where the painkiller, a synthetic chemical, has been since 2012.

WADA research previously found that between 71 and 82 per cent of use of tramadol came in cycling.

The MPCC state that tramadol was detected in 4.4 per cent of samples in 2017, down from 5.9 per cent the previous year.

Earlier this year, WADA expressed that they were not yet convinced that tramadol has a performance-enhancing benefit but they could ban it in the coming years if they conclude that it does.

It has not been added to the banned list despite growing pressure, with the United States Anti-Doping Agency and UK Anti-Doping among those to support its addition.

The MPCC had publicly declared their backing to David Lappartient before last year's UCI Presidential election, after the Frenchman pledged to introduce a ban on both corticosteroids and tramadol.

The UCI, now led by Lappartient, are due to introduce their own test for tramadol in 2019.

WADA told insidethegames last month that they were "supportive of the UCI's initiative to control the use of tramadol in their sport, primarily for health reasons", an assertion repeated by the WADA President in his response to the MPCC.

The MPCC has also slammed WADA's handling of the Operation Puerto case, which they described as a "debacle".

The case began in 2006 after 211 frozen bags of blood and plasma were seized from the clinic of Eufemiano Fuentes in Madrid after a police raid.

Fuentes was found to have facilitated blood doping at the clinic but as this was not considered a criminal offence in Spain at the time, he was initially given a one-year suspended sentence only on public health grounds.

The bags have been at the centre of numerous court decisions, with an initial verdict having ruled evidence should be destroyed, before a successful appeal by WADA, the UCI and the Italian National Olympic Committee (CONI).

With the case now in its 12th year, a recent court decision approved the release of the bags to CONI, who initially were part of the case as Italian athletes were impacted and they previously served as the country's anti-doping organisation.

The name of CONI is still listed in the case but the samples would be analysed by NADO Italia.

Newly-crowned world race champion Alejandro Valverde of Spain and Italians Ivan Basso and Michele Scarponi are among the few athletes to have been sanctioned over their involvement.

With the statute of limitations having passed the are doubts over whether further athletes could be named.

The WADA have stressed they are continuing to explore legal options.

"WADA has been very proactive in this case, invested significant resources since the case emerged in 2006 and has done everything possible to date from a legal standpoint and in every other way, to conclude that sorry episode in a way that secures justice for clean athletes," Sir Craig wrote.

"To criticise WADA in this case demonstrates an astonishing lack of knowledge and understanding of what has happened to date."

The WADA have also faced criticism over their decision to reinstate RUSADA, with the MPCC joining the critics as the group also alleged a lack of independence at the organisation.

Sir Craig referenced the WADA's Governance Review recommendations, which included for the WADA President and vice-president to be completely independent, in response.

He also repeated the defence of the decision to reinstate RUSADA, which is claimed could lead to more athletes facing sanctions should Moscow Laboratory data be received.