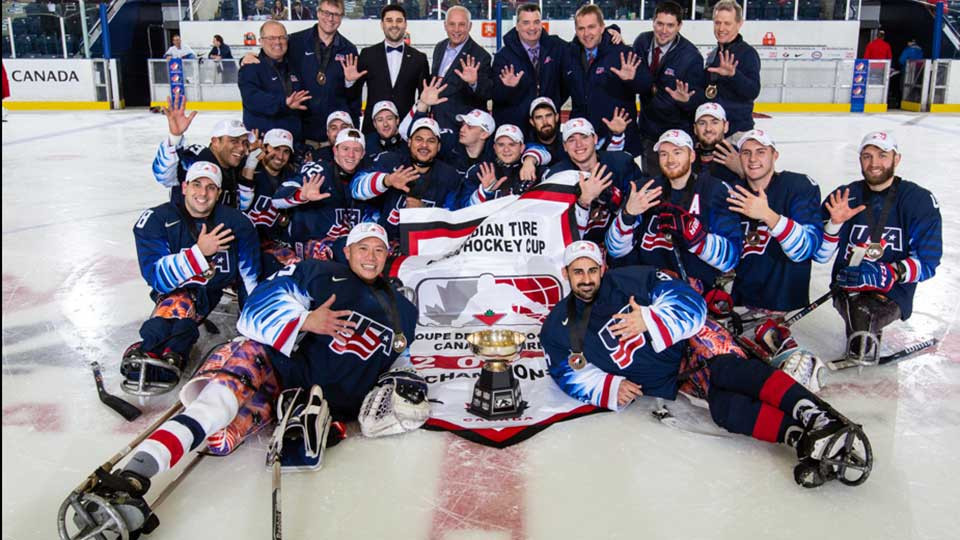 The United States edged past Canada 5-4 today to win gold at the Canadian Para Hockey Cup in London in Ontario for the fifth time in a row.

The win, which was America's third over Canada in this year’s event alone, means the US have topped the podium at seven of the 12 editions of the tournament held since 2007.

Despite their eventual loss it was Canada who opened the scoring in the first period at the Western Fair Sports Centre with a power play goal from Rob Armstrong after less than four minutes.

Canada were still ahead after 15 minutes thanks to a number of very good saves from Corbin Watson at point-blank range.

A goal heavy second quarter then saw the teams go in at half time with three apiece.

Two from the US put them one ahead, before Canada scored two of their own 10 seconds apart to restore their lead at 3-2.

It looked as if that would be the half time score, before Jack Wallace fired an equaliser into the net 34 seconds from time.

By the end of the third quarter it was 4-4, with the game winning goal eventually coming from Wallace again, who slotted a pass from Kevin McKee under the arm of Canada’s goaltender.

America's win today means they have now won 17 games in a row at the tournament dating back to 2016.