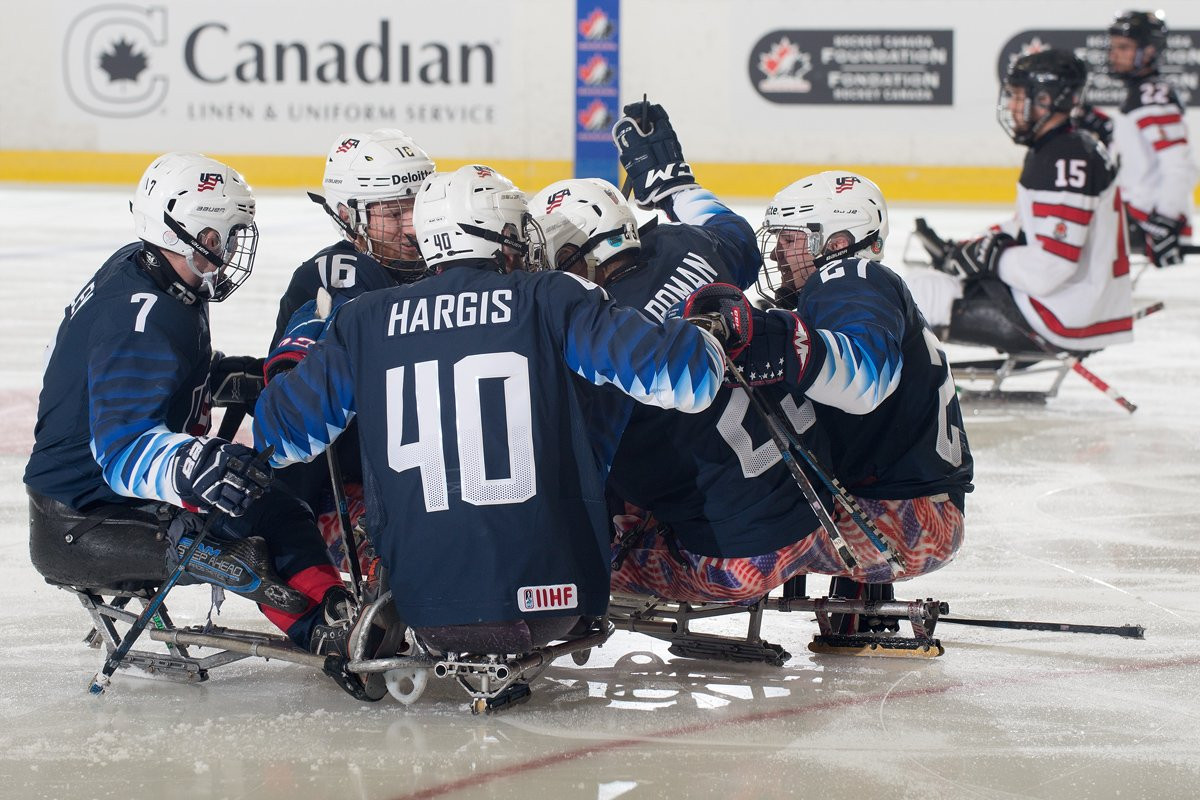 The United States claimed a 4-1 win over hosts Canada today to secure first place in the preliminary-round standings at the Para Hockey Cup in London in Ontario.

The result means Canada, who also lost their first meeting with the US on Monday (December 3), finish in second place ahead of South Korea.

The US and Canada will meet again on Saturday (December 8) in the gold medal game.

It did not take the Americans long to open the scoring today at the Western Fair Sports Centre as they went ahead less than three minutes into the first period.

Noah Grove made his way into the Canadian zone on a breakaway before passing it over to Declan Farmer, who fired home.

Dominic Cozzolino replied for Canada midway through the first period, pouncing on the puck and slotting it past US goaltender Steve Cash, who had denied Billy Bridges moments earlier.

It looked like the two teams would finish the opening frame level, but Farmer forced a turnover in the Canadian end with just seconds remaining and scored what ultimately proved to be the game-winning goal.

GAME OVER! Josh Pauls scores in the third, and 🇺🇸 tops 🇨🇦 4-1 at the #CTParaCup. Game Stats: https://t.co/APrYGRVzuO #CTParaCup pic.twitter.com/pqihltA4bc

The lone goal in the second period came from the stick of Kevin McKee, who scored on the rebound to make it 3-1 after his initial shot was stopped by Canada goaltender Dominic Larocque.

The US finished the scoring with 33 seconds left in the game as Josh Pauls went through Canada's defence before finding the back of the net.

The round-robin format is set to conclude tomorrow, when the US face South Korea.

That comes a day before the gold medal game.