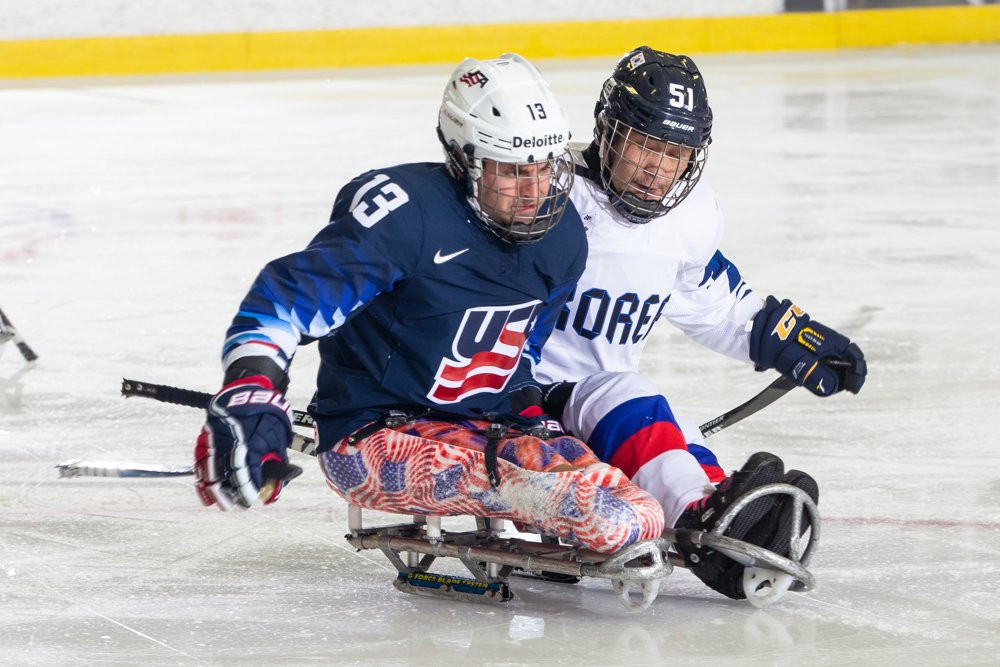 The United States made it two wins out of two at the Para Hockey Cup by comfortably beating South Korea 9-0 in London in Ontario today.

Four goals in the first period, including three in a the space of just a minute-and-a-half, put the game out of reach for the South Koreans at the Canadian city’s Western Fair Sports Centre.

Josh Hargis got the scoring started in the 12th minute, whipping a shot into the net after a cross-ice feed from Brody Roybal.

Roybal hit the back of the net himself just over a minute later, going end-to-end before flipping the puck over the shoulder of South Korea goaltender Lee Jae Woong.

Declan Farmer then muscled through three opponents before tucking the puck home to finish off the scoring blitz, and the first-period scoring was complete when Luke McDermott fired home in the dying moments.

The US did not let up in the second period with Kyle Zych making it 5-0 inside four minutes, tapping home the rebound from Farmer’s initial shot.

Rico Roman added to the lead under two minutes later, having combined well with Josh Pauls, and there were also goals for Travis Dodson and Noah Grove as the Americans increased their advantage to eight.

GAME OVER! Jen Lee gets the shutout and 🇺🇸 tops 🇰🇷 9-0 for second-straight win at the #CTParaCup. Game stats: https://t.co/kHZT22hbqa pic.twitter.com/bbI2wFlNvD

The final goal of the night was the second for McDermott as he scored from a sharp angle.

Action is due to continue tomorrow when hosts Canada face South Korea.

Canada will be looking to bounce back from their defeat against the US yesterday and replicate their victory over South Korea from Sunday (December 2).