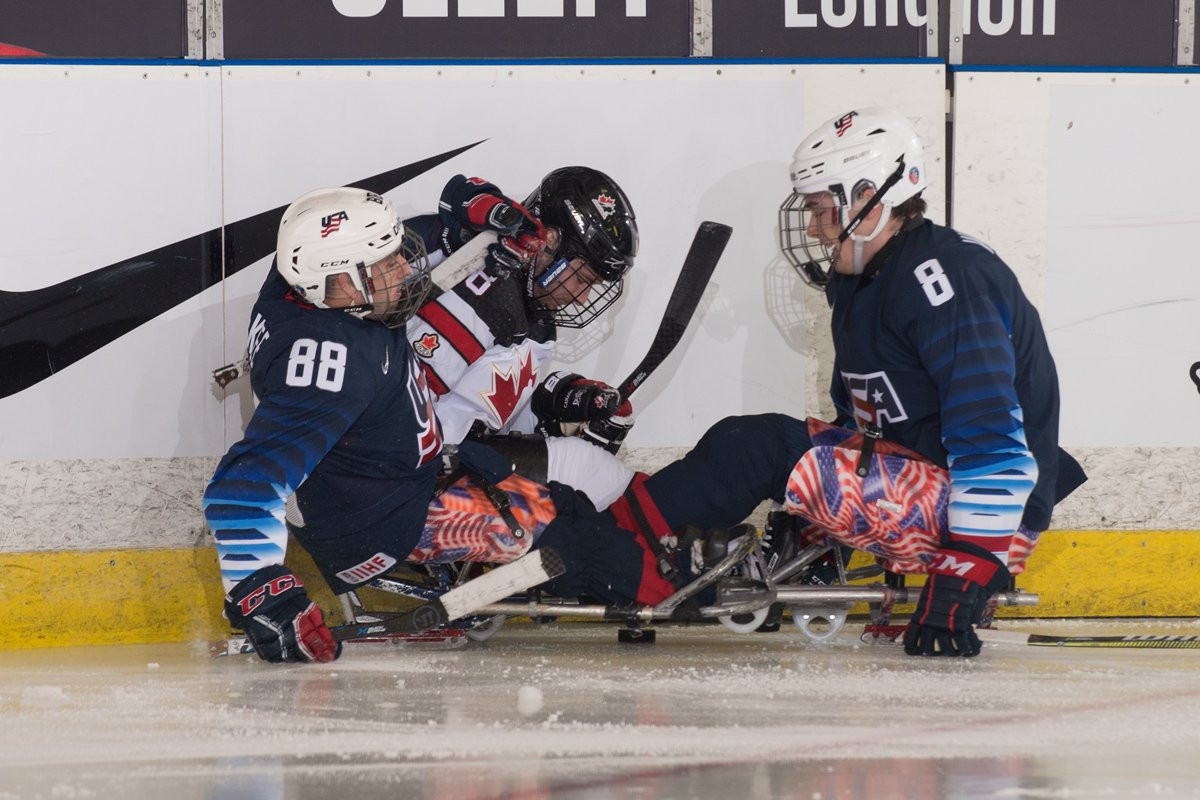 The United States begun their bid for a fifth consecutive Para Hockey Cup title by beating hosts Canada 3-0 in London in Ontario today.

Goals from Declan Farmer, Rico Roman and Kyle Zych proved to be the difference at the Western Fair Sports Centre as Steve Cash turned aside all nine shots he faced to record a shutout.

It was the first meeting between the long-time rivals since the Paralympic Games gold medal game at Pyeongchang 2018 in March, when two goals from Farmer secured a narrow 2-1 overtime victory for the US.

Farmer scored what turned out to be the only goal his country would need today in the 13th minute of the first period.

With the US on the power play, Brody Roybal won a scrambled face-off and made a pass to Farmer, who fired the puck into the top corner and past the outstretched glove of Canadian goaltender Corbin Watson.

Roman doubled the lead in the fifth minute of the second period, scoring a tap-in after Farmer had raced into the Canadian zone, circled behind the net and picked out his team-mate.

GAME OVER! 🇺🇸 holds on in the third for a 3-0 victory over Canada at the #CTParaCup. Game stats: https://t.co/vahQ4LXgvy #CTParaCup pic.twitter.com/HhxI2IUzUZ

The final goal of the night came from Zych, who found the target midway through the second period following an assist from Jack Wallace on a breakaway.

The competition features all three medallists from Pyeongchang 2018, with each team playing each other twice.

Action is due to continue tomorrow when the US face Paralympic bronze medallists South Korea.