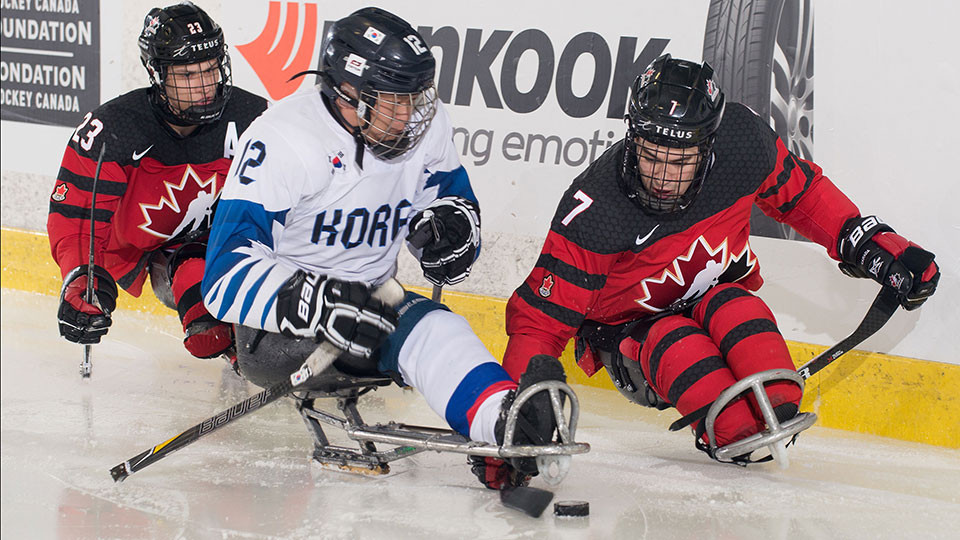 Home nation Canada made a winning start to the Para Hockey Cup with a convincing victory over South Korea in London in Ontario today.

Tyler McGregor scored a goal in every period to secure a hat-trick, and also added an assist, to help the Paralympic silver medallists to a 7-0 triumph at the Western Fair Sports Centre.

The first goal from McGregor was the game's opener, and the only one in the first period.

Corbyn Smith fed him the puck from the corner and he made no mistake in beating goaltender Lee Jae Woong.

James Dunn doubled the lead after 55 seconds of the second period, pouncing on the rebound from a Billy Bridges shot and poking it past Lee with Canada on the man advantage.

McGregor then notched his second of the game, flipping in a rebound from Dunn’s initial shot to make it 3-0.

Canada registered a third goal in the second frame from Smith, who finished off a slick passing play in front of the net from Dunn and Liam Hickey.

GAME OVER! Three more goals in the third and 🇨🇦 tops 🇰🇷 7-0 in the opening game at the #CTParaCup. Game stats: https://t.co/ErEW6beW96 pic.twitter.com/eJUhKlCWN6

McGregor capped off his hat-trick midway through the third period before Micah Kovacevich’s first international goal made it 6-0, burying a cross-ice pass from Bridges.

Bridges bagged the final goal of the night, finishing off a move that included Zach Lavin and Dominic Cozzolino.

The competition features all three Winter Paralympic Games medallists from Pyeongchang 2018, with each team playing each other twice.

Action is due to continue tomorrow when Canada take on Paralympic champions and holders the United States.