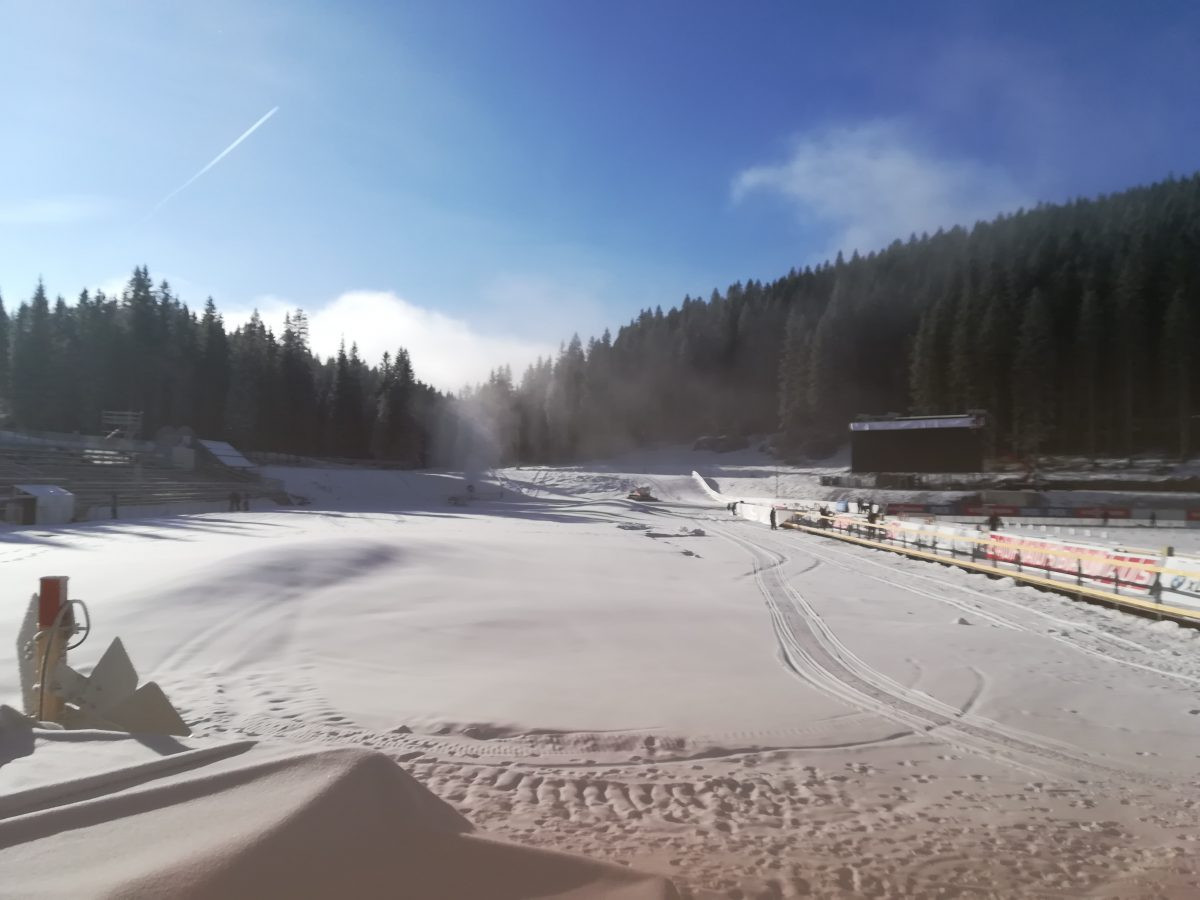 Almost 300 biathletes from 32 countries have descended on Slovenia this weekend for the first event of the new International Biathlon Union (IBU) World Cup season in Pokljuka.

The chief of competition Matej Kordez has claimed the venue and its staff are well prepared, with practice sessions already taking place.

"The tracks, the stadium and the shooting range are all ready," he said.

"A few athletes have already trained today and tomorrow they will also be able to check the shooting range.

"We would be able to prepare the venue even without the low winter temperatures, however this conditions made Pokljuka even nicer."

Temperatures in the area are not set to rise much above freezing for the first day of competition tomorrow but could get as high as eight degrees Celsius on Tuesday (December 4).

The competition is due to last until December 9.

The tracks have been prepared with a mixture of artificial and 20,000 cubic metres of natural snow stored from last winter.

Last season the Slovenian town did not host a World Cup event but the IBU Junior Open European Championships did take place there in February.

The first events scheduled take place in Pokljuka tomorrow will be the single mixed relay and the 2x6 kilometres plus the 2x7.5km mixed relays.