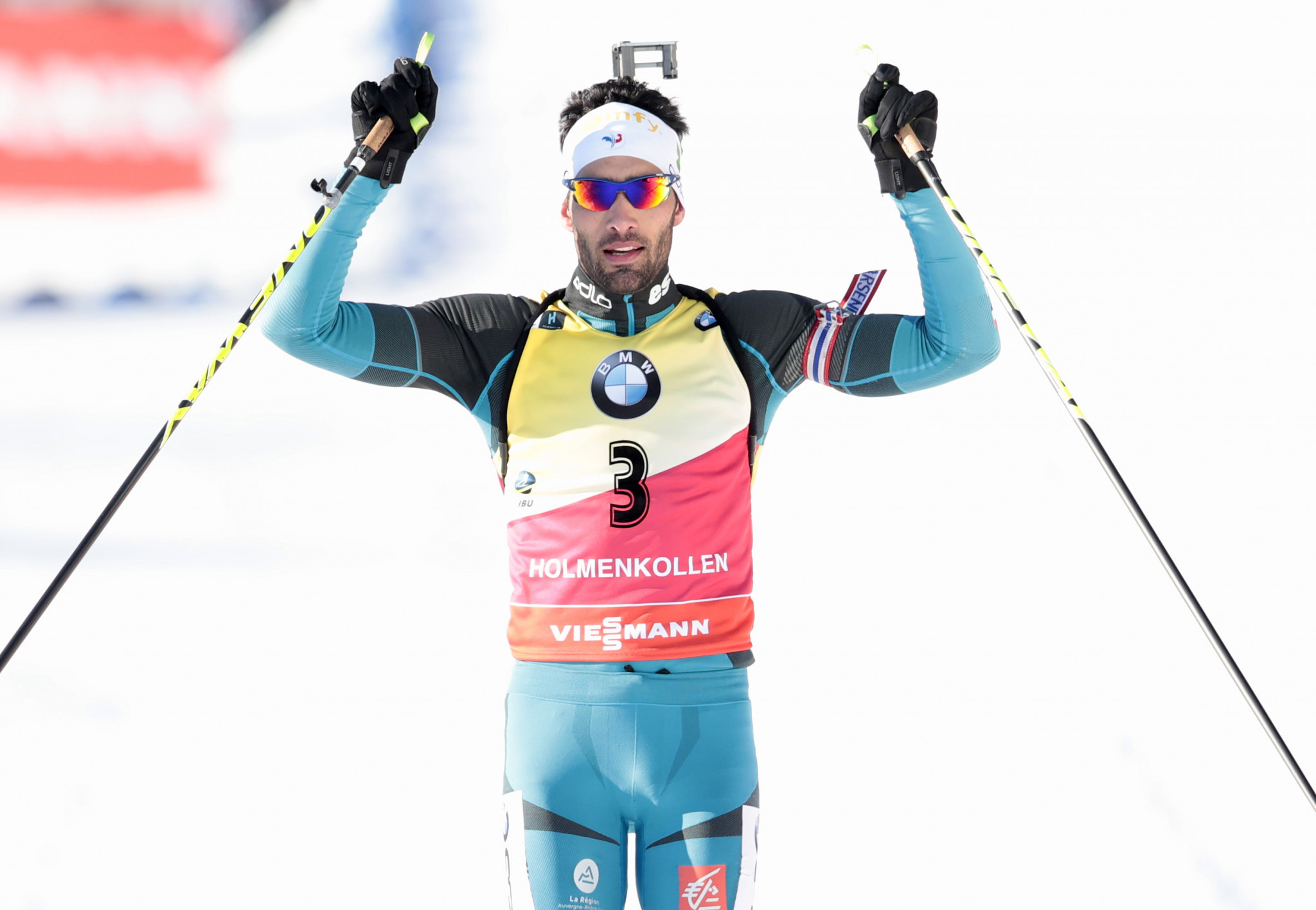 Fourcade continued his remarkable streak of securing a top-three finish in every World Cup race he has competed in this season.

His closest rival Johannes Thingnes Bø of Norway could only finish 1:22.40 off the pace in 14th after his shooting let him down.

This meant that Fourcade claimed the sprint World Cup crown and also guaranteed himself overall spoils.

French team-mate Simon Desthieux finished second on the day, 33.2 seconds off the pace, after outsprinting Fredrik Lindstroem of Sweden by just 0.3 seconds.

Fourcade finished just two clear of Bø on 384 points in the sprint standings.

Hugs in the @FedFranceSki team after a double victory with @martinfkde and @simondstx AND the sprint globe for @martinfkde #TMN18 🇫🇷 pic.twitter.com/rdrFYQ0Mgl

Great Britain, Canada, the Czech Republic, the United States and Ukraine are among the nations to have refused to send any athletes to the season-ending event in protest against the decision to keep it in Russia following the doping scandal there.

Olympic pursuit silver medallist Sebastian Samuelsson, one of the athletes to have publicly criticised the IBU decision, and Slovenian Klemen Bauer have individually chosen not to participate.

The IBU announced today that all doping tests conducted during the event will be transported to Cologne for analysis at the World Anti-Doping Agency-accredited laboratory in the German city.

The first women's race - the 7.5km sprint - is scheduled for tomorrow.