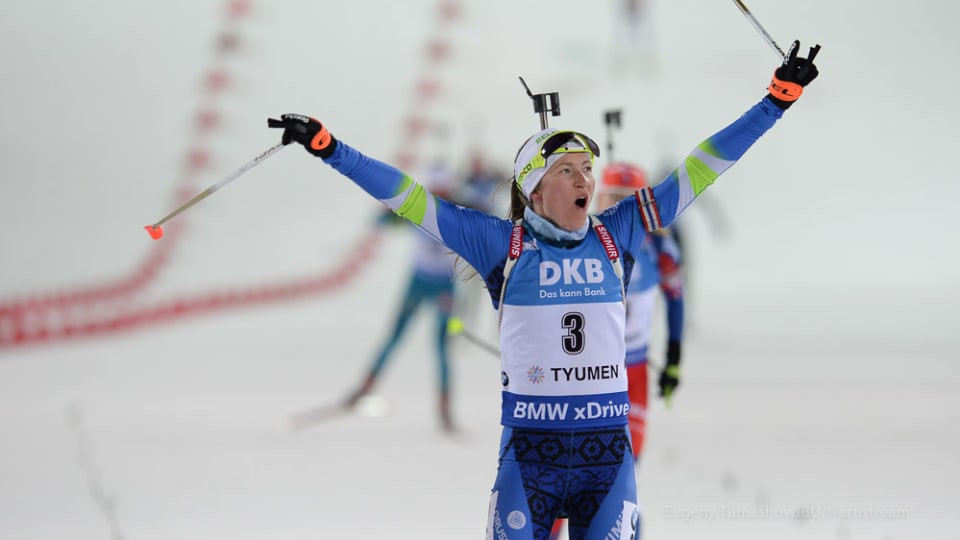 Darya Domracheva produced a stunning comeback to recover from fifth position after the final standing shoot to win the final leg of the International Biathlon World Cup season in Tyumen.

The Belarus star trailed by 13.8 seconds over the 12.6 kilometres mass start distance before fighting back superbly.

She finished in 35min 27.40sec for 1.8 second victory over Slovakia's Paulina Fialkova.

Anais Chevalier of France finished third 6.6 second behind the leader.

The Finn triumphed by just three points over Slovakia's Anastasiya Kuzmina - 11th today - with her score of 822.