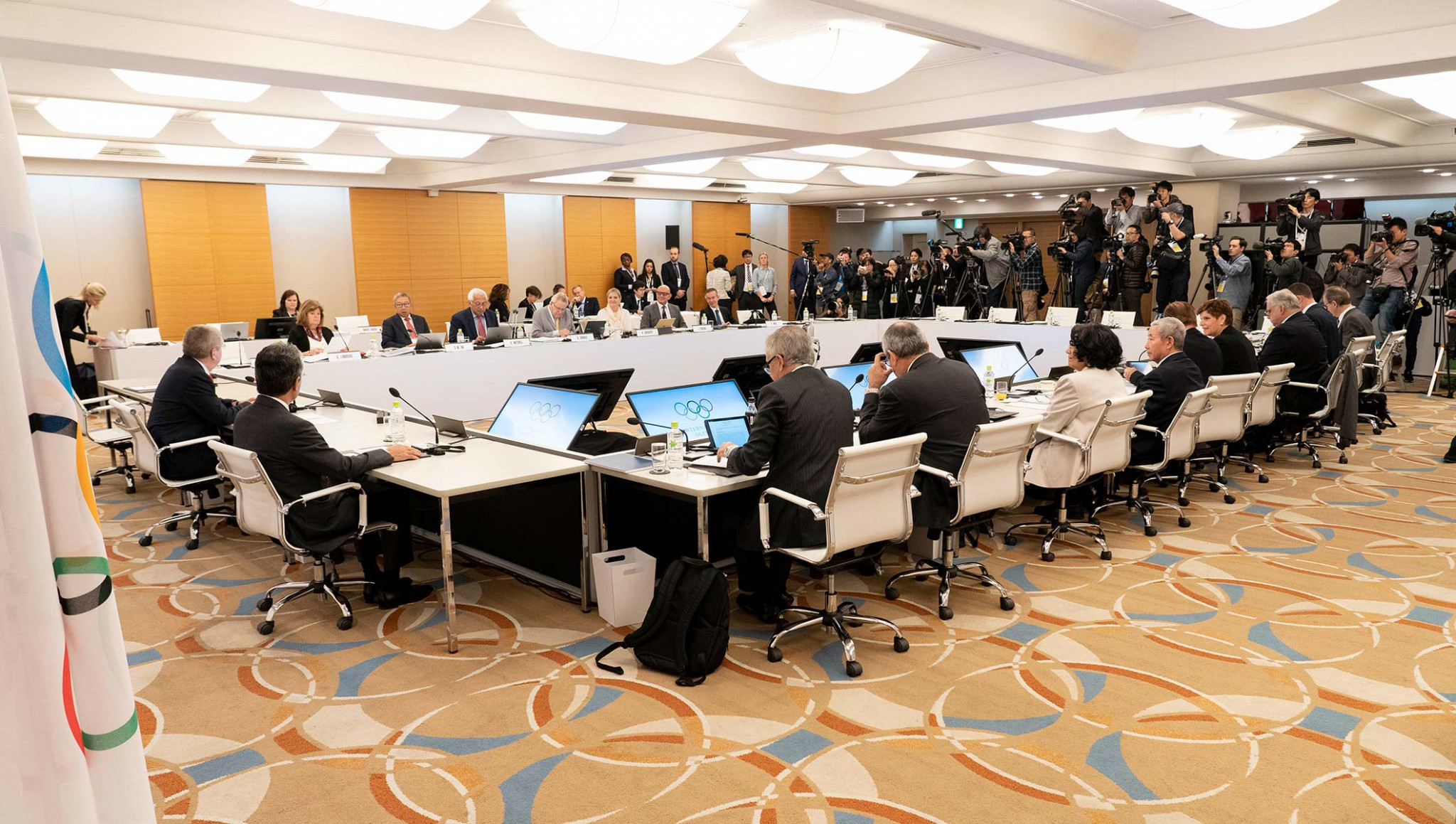 Sambo, lacrosse and kickboxing have been granted provisional International Olympic Committee (IOC) recognition for a period of three years.

The decision was made by the IOC Executive Board on the first day of their meeting here today.

This followed a recommendation from the IOC Sports Department.

The International Federations of the three sports will now be able to receive funding from the IOC and able to apply for grands to help fund their development programmes.

Full recognition has to be granted by the IOC Session.

The Russian claimed the sport had made the most difficult step forward and pledged to keep working to ensure sambo receives full recognition and appears at the Olympic Games in the future.

"Today the dream of sambists from all over the world came true – the sport of sambo obtained provisional recognition of the IOC," he said.

"The long-awaited news, which came directly from the Land of the Rising Sun from the meeting of the IOC Executive Committee in Tokyo, became a real Christmas and New Year's gift to the entire sambo community.

"It is also remarkable that this happened in the year of the 80th anniversary of sambo, two weeks after the birthday of our favourite sport."

"It was a long way to Olympic recognition of sambo: in the first World Sambo Championships in Tehran in 1973 athletes from 11 countries took part, last year in the World Championships in Sochi participated 90 countries from five continents," Shestakov said

"Currently there are several developing disciplines in sambo - sport sambo for men and women, combat sambo, beach sambo, demonstrational sambo, which proves that this is a truly popular public sport available to almost anyone.

"Sambo stars such as Fedor Emelianenko and Khabib Nurmagomedov are the idols of millions of people worldwide.

"Today we have accomplished the big, and perhaps the most difficult step forward, but there is still a lot of work ahead.

"The next step is to get the permanent IOC recognition and then to be included in the programme of the Olympic Games."

FIAS revealed they had received a letter confirming the news from IOC President Thomas Bach congratulating the governing body on receiving the recognition.

World Association of Kickboxing Organizations (WAKO) also welcomed the recognition of their sport, claiming it is a modern combat sport practiced by millions worldwide.

WAKO claimed that kickboxing had undergone a fundamental transformation since initially applying for recognition in 2016 to meet the IOC requirements.

The organisation now has 129 affiliated countries, of which over 90 are formally recognised by their countries' Ministry of Sport or National Olympic Committee.

"The long journey started back in 2007 but we formally applied for the IOC recognition on 31st August 2016," Falsoni said.

"It has been a long but rewarding process.

"WAKO has experienced a massive development over the last years and we really feel we deserve such recognition.

"All our hard work, focused attention on development, patience and a dedicated and competent teamwork has finally paid off.

"When everything is settled we will raise the bar and reach for new and higher goals.

"In acknowledgement of the work, I thank everybody involved, and in particular the International Relations team who constructed the application and lead all the discussions with the IOC.

"It is also important to dedicate this recognition to Borislav Pelevic that supported and approved all the work done, not to say to Ennio Falsoni that founded the WAKO we see today.

"We also want to congratulate our colleagues in sambo and lacrosse that achieved the same recognition."

The Federation of International Lacrosse (FIL) expressed their appreciation to the IOC, claiming it will allow the organisation to enhance the development of the sport.

The governing body, founded in 2008, claimed their journey to the provisional recognition began with the merger of the Men’s and Women’s International Federations.

"FIL is truly honoured to have received this recognition by the IOC.

"This decision will assist us and our member nations as we work to create opportunities for participation in the sport of lacrosse around the world."