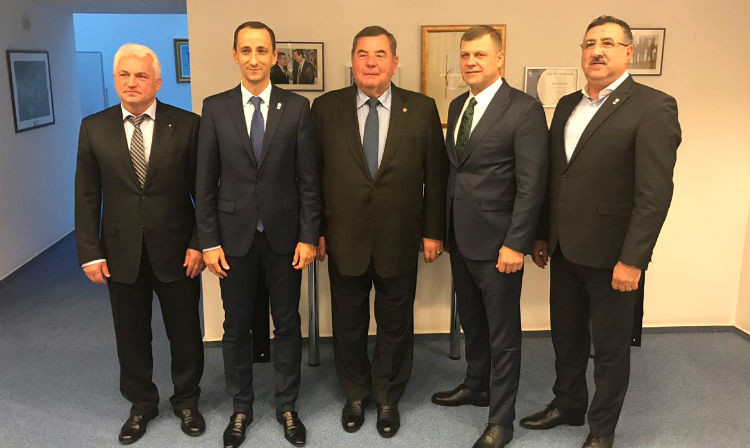 President of the International Sambo Federation (FIAS) Vasily Shestakov has claimed he is happy that more countries are winning medals at the World Championships but now wants to see them challenging Russia at the top of the podium.

More than 25 countries won medals at last year's World Championships in Sochi, which Shestakov has pointed to as a sign the sport is developing around the world.

"If I'm not mistaken, 27 countries got one medal in Sochi, so this is a really good number of the spread of the medals, so I'm happy with that," the Russian told insidethegames as he prepared to open this year's event today at the Sala Polivalenta Bucharest Sports Hall in Bucharest.

Shestakov, though, has warned the gap between Russia and the rest of the world is closing with each year.

"I would like to have more gold medallists from different countries, but I need to point out that every year the competition becomes more hard and it's not that easy for Russian athletes to win gold medals anymore," Shestakov said.

"I know this from both speaking to the Russian Federation and other National Federations, so we expect the situation to change every year, and actually it already has started to change."

At the World Youth and Junior Championships in Tbilisi last month Russia won 27 of the 40 golds on offer.

"But in general we agree that we're interested in more competition," Shestakov said.

"I dream about the day when at least more than half of the gold medals will be spread around."