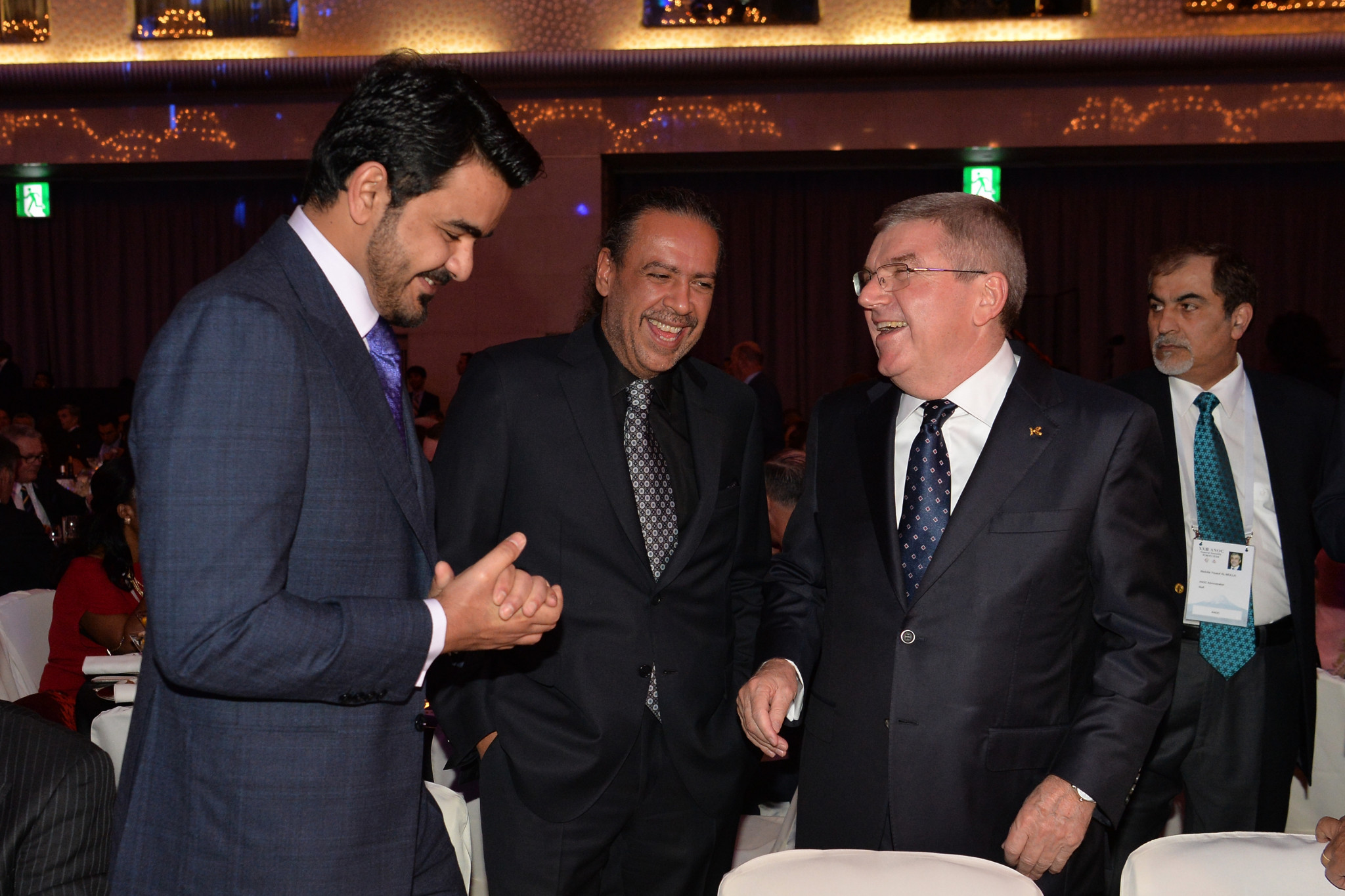 Bach said Sheikh Ahmad had "protected all of us" by temporarily standing aside as the President of ANOC yesterday.

The IOC head also praised the 55-year-old Kuwaiti, who played a key role in Bach's election as IOC President in 2013, for setting an example of good governance.

Sheikh Ahmad officially stepped aside yesterday but only having been forced to return to plead with the ANOC membership to be allowed to do so after they had rallied behind him and claimed he should still be re-elected as President.

Following a lengthy discussion bordering on the farcical, it was then confirmed the election had been adjourned until next year, when Sheikh Ahmad hopes to run as the sole candidate providing he has cleared his name.

Earlier this week, Bach had personally asked Sheikh Ahmad not to stand for re-election after he was one of five people accused in Switzerland of creating fake videos to prove two Kuwaiti Government officials were guilty of coup-plotting and corruption.

The IOC Executive Board, due to hold a two-day meeting here tomorrow and Saturday (December 1), then convened an emergency conference call to discuss the situation and backed his decision to stand aside until his future is resolved.

"We have said first of all that we respect the decision he took on his own will and we recognise this was taken in the interest of all of us," Bach said in a keynote address at the ANOC General Assembly here today.

"But we also stated at the same time that stepping aside temporarily cannot be interpreted as any admission of guilt and that the presumption of innocence has to prevail.

"I would once more after yesterday’s discussion pay respect to Sheikh Ahmad and the firm stance he took after this discussion and the example he is setting to protect all of us.

"We hope we can see him back here after his case is solved and we will pay this respect on his hopeful return among all of you and among all of us."

Sheikh Ahmad, who denies wrongdoing and reiterated his claim that the allegations against him were politically motivated, has made it clear he wished to come back to the helm of ANOC if he successfully clears his name.

A trial in Geneva is set to be held early next year, while Sheikh Ahmad, an IOC member since 2012 and who remains President of the Olympic Council of Asia, has been invited to appear in front of the IOC Ethics Commission on January 11.

IOC Executive Board member Robin Mitchell has taken over as interim President in the meantime following his election as ANOC senior vice-president.

Sheikh Ahmad was also identified in a United States Department of Justice document in April in a case involving Guam's Richard Lai but denies wrongdoing.