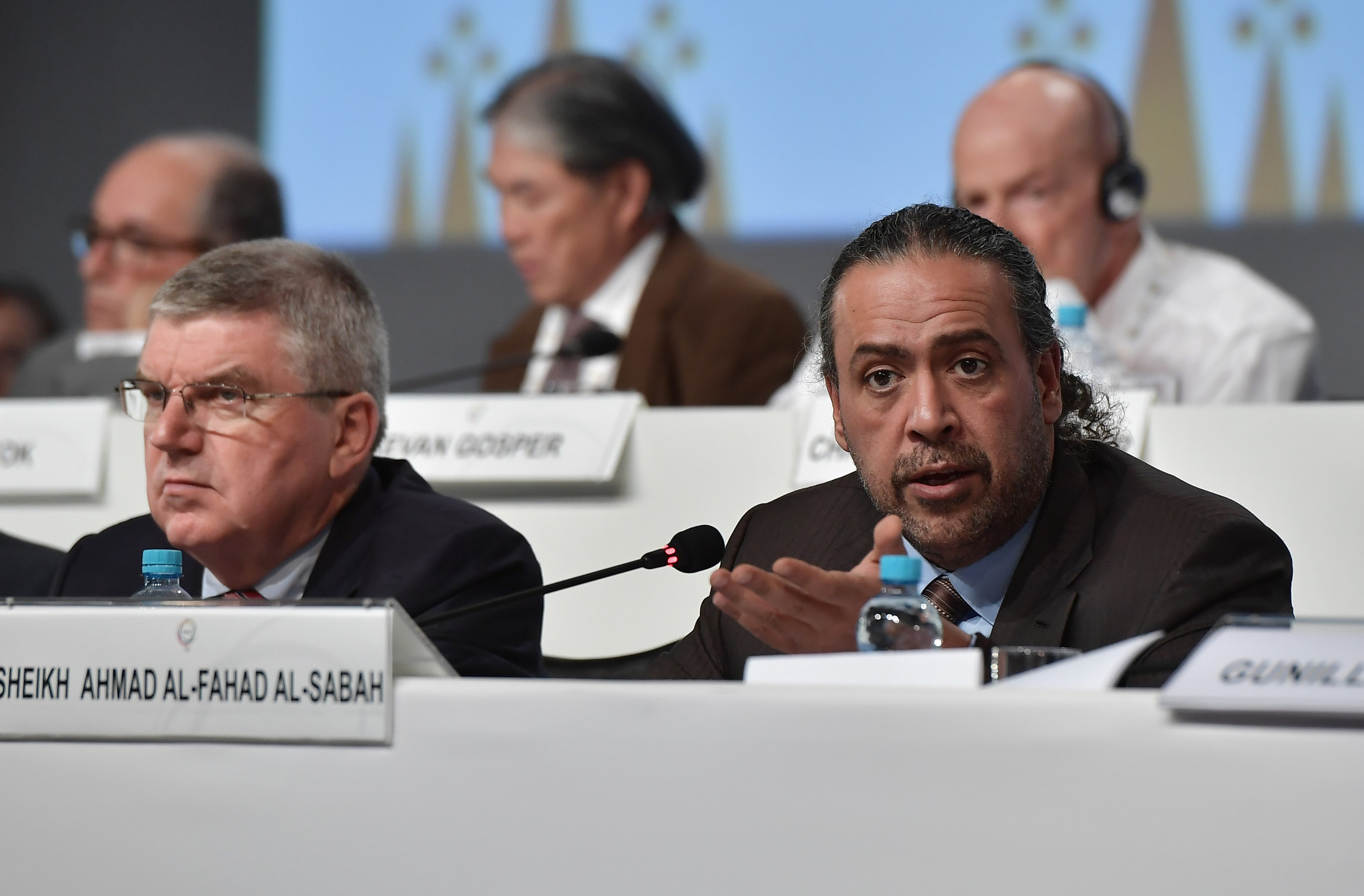 insidethegames understands Bach personally made the request to Sheikh Ahmad, who had been set to be re-elected unopposed as President of the umbrella body during the General Assembly here on Wednesday and Thursday (November 28 and 29).

The election for ANOC President is now set to be postponed indefinitely.

In the meantime, Fiji's Robin Mitchell, President of the Oceania National Olympic Committees, is expected to be elected as ANOC first vice-president and assume leadership of the organisation on a temporary basis.

Sheikh Ahmad had initially been believed reluctant to step down before the election.

He was thought to be resisting the call from Bach, due to be presented to the IOC Executive Board when it holds an emergency meeting by teleconference - which IOC chief ethics and compliance officer Pâquerette Girard Zappelli is expected to take part in - later today.

But, following discussions with senior colleagues at ANOC and leaders from the Olympic Continental Associations, he has decided to step down until his future is resolved.

The 55-year-old Kuwaiti official, who denies wrongdoing, has been President of ANOC since April 2012.

He remains President of the Olympic Council of Asia, a position he has held since 1991.

Sheikh Ahmad is one of five people accused in Switzerland of creating fake videos to prove two Kuwaiti Government officials were guilty of coup-plotting and corruption.

He had announced last week he would temporarily stand aside as an IOC member and as head of the Olympic Solidarity Commission, which distributes money to National Olympic Committees across the world, until the case was resolved.

Sheikh Ahmad, who played an influential role in Bach's election as IOC President in 2013, had referred himself to the IOC Ethics Commission when news of the case became public.

A report today in French investigative publication Mediapart and German magazine Der Spiegel, meanwhile, has claimed Sheikh Ahmad was the victim of a covert campaign allegedly conducted by the Qatar-based International Centre for Sport Security (ICSS) to increase the country's standing within the Olympic Movement at his expense.

Sheikh Tamim Bin Hamad Al-Thani, the Emir of Qatar, has been an IOC member since 2002.

In response, the ICSS denied the allegations, calling them "distortions, misrepresentations and falsehoods".

"We say categorically that no crimes have been committed by any person working with, or for the ICSS undertaking sport integrity investigations," an ICSS statement read.

"This is an absolute falsehood."

At last year's ANOC General Assembly he received a round of applause from delegates in Prague after being "cleared" of wrongdoing following the accusations, which the IOC Ethics Commission is supposedly still investigating.

The latest allegations against Sheikh Ahmad are set to dominate the agenda this week, culminating in a two-day IOC Executive Board meeting on Friday (November 30) and Saturday (December 1).