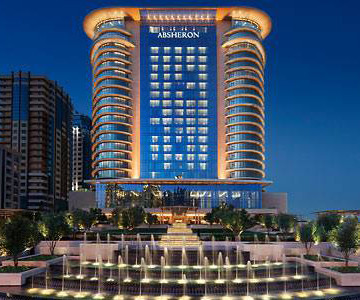 An update on Russia, next year's Presidential election and the continued calls for reform of the World Anti-Doping Agency (WADA) are among the key topics due to be discussed when the organisation holds Executive Committee and Foundation Board meetings here this week.

The 12-member Executive Committee is scheduled to convene tomorrow, before the Foundation Board gathers on Thursday (November 15).

The meeting of the 38-person Foundation Board, comprised equally of representatives from sport and Governments, is expected to be particularly fractious amid the increasingly bitter debate over the future of the global anti-doping watchdog following the controversial decision to lift the ban on Russia in September.

The Executive Committee will be given a progress report on the criteria regarding access to the data and samples stored at the Moscow Laboratory as the December 31 deadline set by WADA draws nearer.

Russia has been told they must comply with the demand or risk having their suspension reinstated.

Authorities in the scandal-hit nation have so far failed to do so, while WADA officials refused to provide an update on the situation during a media symposium earlier this month.

Russian Anti-Doping Agency (RUSADA) director general Yury Ganus admitted last week he was concerned over the lack of progress in fulfilling the criteria on the laboratory in the Russian capital.

The compromise reached to allow RUSADA to be declared compliant has sparked a furious backlash from athletes who have called for change after claiming WADA is unfit for purpose in its current form.

The document calls for clarification on the number of Russian athletes prosecuted and demanded "guarantees" the criteria on the Moscow Laboratory will lead to the sanctioning of more athletes who were part of the state-sponsored doping system.

The "procedural rules" for next year's election to replace Sir Craig as President are also set to be decided this week.

A controversial proposal from the African Union of public authority representatives which outlined a series of criteria their candidate must meet - including an age limit of 45 - is not officially on the agenda but it is likely it will be raised at the Foundation Board meeting.

Critics have claimed the suggestion was raised to block WADA vice-president Linda Helleland from standing for President as she is 41.

The proposal, in the unlikely event it comes to fruition, would also rule out 34-year-old Polish Sports Minister Witold Bańka from standing.

The two publicly clashed last week in a further sign of the acrimonious Presidential campaign ahead.

Bańka hit out at Helleland, claiming she should step down as vice-president during the election campaign, culminating at the World Conference on Doping in Sport in November 2019 in Katowice in Poland, to ensure a fairer race while also criticising her appearance at an anti-doping summit in Washington.

The summit drew further battle lines between WADA and an athlete community which has become frustrated at their lack of input in key decisions made by the anti-doping body.

In response, Helleland accused her rival of making "offensive" statements and acting in bad faith.

A series of proposed reforms to WADA's governance - including adding two new independent members to the Executive Committee and establishing a Nomination Committee to oversee the process - will be voted on by the Foundation Board.

They are all likely to be approved, despite athletes, including governance reform working group member Adam Pengilly, claiming they do not go far enough.

Potential non-compliance of countries, an update regarding the World Anti-Doping Code and a review of the standards which came into effect in April are among other notable topics on the agenda.