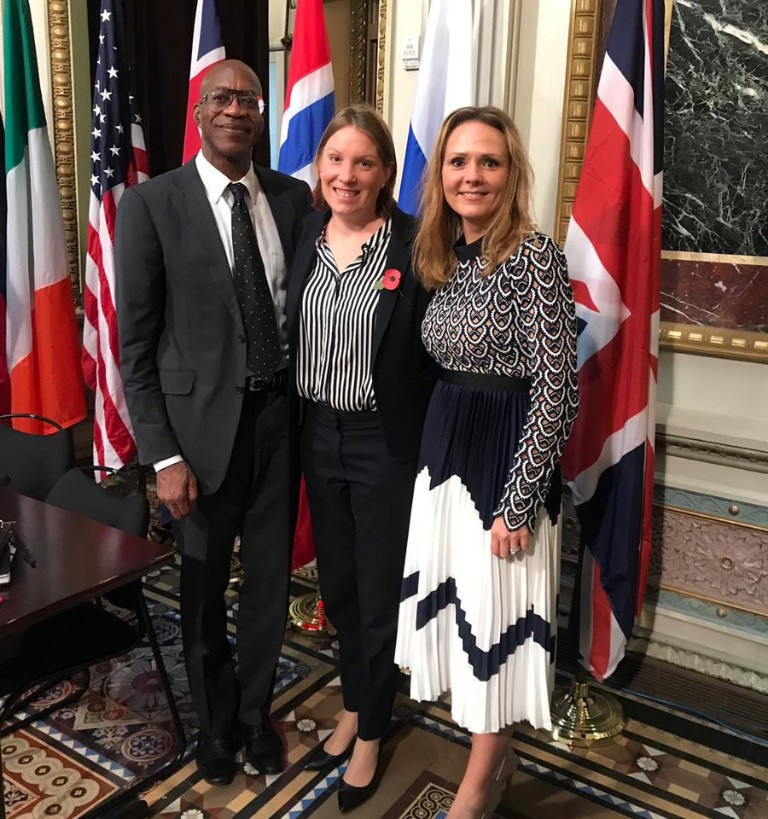 World Anti-Doping Agency (WADA) Presidential candidate Linda Helleland has accused rival Witold Bańka of making "offensive" statements and acting in "bad faith" after he called on the Norwegian to step down as vice-president during the campaign.

In a written response to Bańka, seen by insidethegames, Helleland claims the suggestion made by the Polish Sports Minister and WADA Executive Committee member "has the appearance of further political manipulation and interference".

The development marks the latest in an increasingly-bitter race to succeed Sir Craig Reedie as WADA President.

Bańka, a former elite level athlete, urged the Norwegian to vacate her position as vice-president as he claimed it gives her an unfair advantage in a lengthy statement issued to media yesterday.

He also accused Helleland of contravening "good governance principles" by appearing at a summit at the White House last week, even though she did so in her own personal capacity.

Helleland was initially reticent to respond to Bańka but insidethegames has seen a letter she has written to her fellow Presidential candidate.

The clash comes less than a week before WADA convenes for its Executive Committee and Foundation Board meetings in Baku.

"To suggest otherwise is offensive.

"I am sure you are aware of the global outcry WADA is facing and for you to openly and publicly call for me to step down is in bad faith and has the appearance of further political manipulation and interference."

Helleland also addressed the allegations regarding her appearance at the White House - criticised last week by Sir Craig - and insisted she had no role in organising it and left the room when the declaration calling for widespread reform at WADA was made.

"Like you, I am entitled to attend any gathering I wish in the interest of clean sport," said Helleland.

"If WADA is to be a democratic organisation, the people that sit on the organisation's boards should be able to openly express their opinion on the best way forward for the organisation and not be sidelined, pressured or bullied into being silenced."

Helleland also revealed she had invited Sir Craig, whose term as President will end in November of next year, to a meeting in Oslo to discuss how to move forward.

Her response to Bańka follows Norwegian Prime Minister Erna Solberg and her Government declaring their full support for her campaign.

In a statement, Solberg claimed Helleland was the best candidate for the job as she "is firmly committed to strengthening WADA as the global anti-doping regulator and to restoring the confidence of athletes and sports fans in fair and honest sport".

The comments seem to respond to a proposal put forward by the African Union of public authority representatives at WADA, which said their chosen contender should "be endorsed by their Government/country and have "extensive high level political/Government/Parliament experience" at national - and international - levels.

The proposal also included a rule that public authority candidates for President must be at least 45-years-old, which some interpreted as a move to block Helleland - a vocal critic of WADA and the International Olympic Committee during the fallout to the Russian doping scandal - from standing as she is 41.

Bańka would also be ruled out in the unlikely situation that it comes to fruition, however, as he is 34.

"During her two years as vice-president of WADA, Minister Helleland has never shied away from the difficult decisions, and has remained steadfast to her principles while championing an 'athlete first' vision for clean sport," Solberg, Prime Minister since 2013, said.

"Minister Helleland has consistently demonstrated her full and unswerving determination to protect the global athlete community from doping.

"Knowing Linda well, I know she is firmly committed to strengthening WADA as the global anti-doping regulator and to restoring the confidence of athletes and sports fans in fair and honest sport.

"My cabinet and I have no hesitation in offering Linda our full support to lead WADA as we enter a new age for anti-doping."

Under the rotational system currently in place, the next President should come from the Governmental side.

The timeline for the election process is among several key items on the agenda in Baku next week.