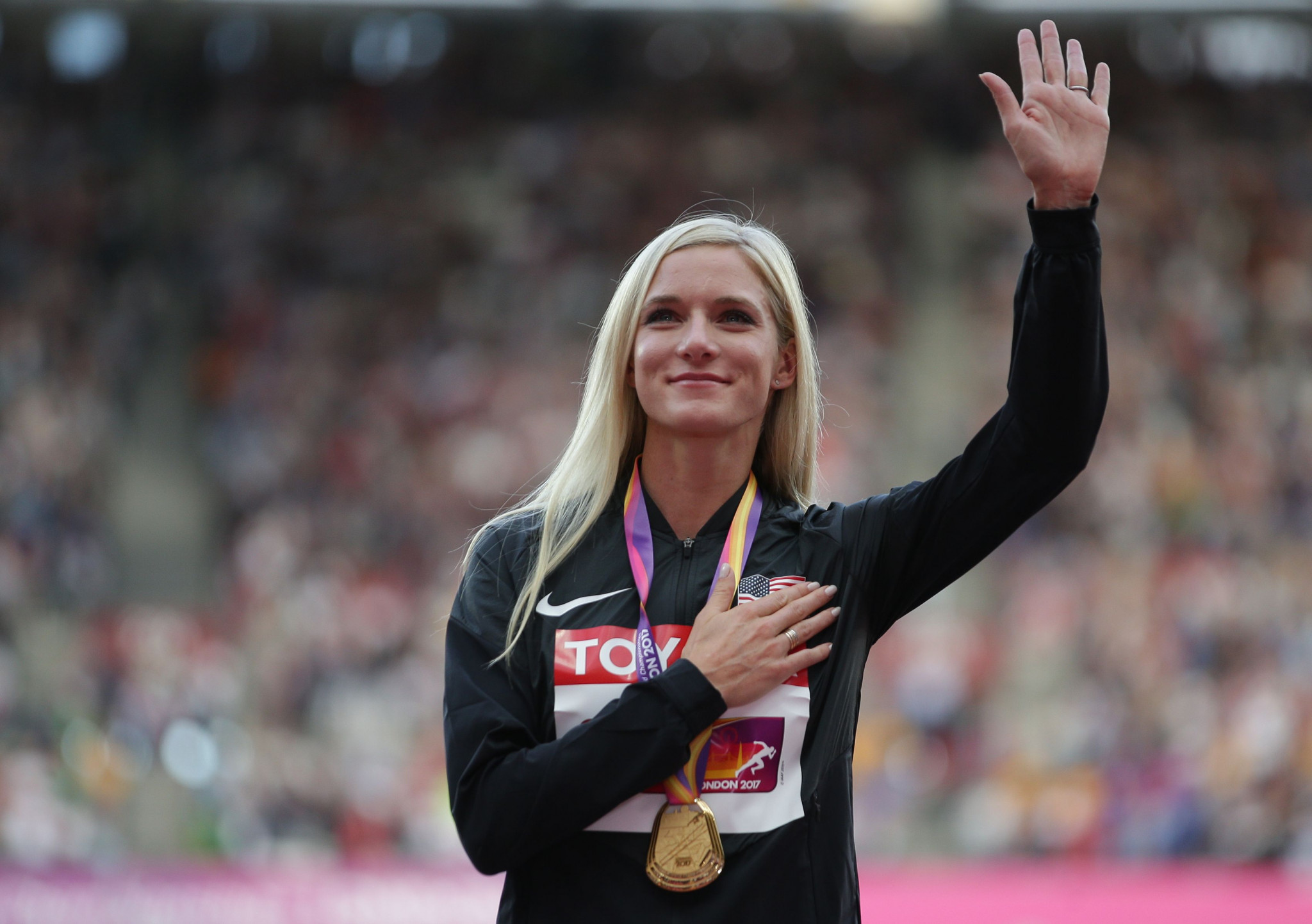 Reigning world 3,000 metres steeplechase champion Emma Coburn has backed Linda Helleland to become the new President of the World Anti-Doping Agency (WADA) and criticised rival candidate Witold Banka, claiming the Polish Sports Minister "does not have his finger on the pulse of mainstream athlete and public opinion".

The 28-year-old Coburn released a statement through the Athletes for Clean Sport group today as WADA's Executive Committee and Foundation Board prepare to meet this week in Baku in Azerbaijan.

The American has called for major reform of the organisation, following its controversial decision to reinstate the Russian Anti-Doping Agency (RUSADA) in September.

"Athletes from all corners of the world are united in their vision by calling for a better, more relevant and modernised World Anti-Doping Agency that can promote clean sport at all costs," she said.

"Over the last couple of years, following Russia's state-supported doping scandal, athletes have collected their thoughts and ideas for how to make WADA a much better version of itself, something which has been given greater importance recently following WADA's controversial actions.

"Athletes concluded we need a more accountable WADA, a more transparent and trustworthy WADA and a more independent WADA, free from the constraints and wishes of sports promoters."

In her statement Coburn goes on to give her public backing to the athlete-led governance reform paper titled "The Alternative", which was put forward by British Paralympic silver medallist Ali Jawad and proposes several changes to WADA's governance structure.

It claims the WADA Executive Committee should grow to 15 members, with three positions dedicated to "athletes who are retired and not involved in any position in the world of sport".

The only athletes' representative on the current WADA Executive Committee is Slovakian shooter and International Olympic Committee member Danka Bartekova.

Coburn is just the latest in a long line of athletes and organisations to announce support for Jawad's proposals, with 12 different National Anti-Doping Organisations (NADOs) all giving their backing to the ideas at a summit in Paris late last month.

Jawad, however, has claimed his ideas in "The Alternative" have been ignored and overlooked by WADA, asserting he has "not had any official acknowledgment or any engagement" from their leadership.

In another twist, a proposal supposedly made by the African Union of public authority representatives within WADA has called for the next President to be at least 45-years-old, in a move interpreted as an attempt to block Helleland - who is 41 - from standing.

WADA has dismissed having anything to do with the proposal but has also not criticised its content, something which has not gone unnoticed by pro-reformists.

"This is a thinly-veiled attempt to rig the election of the next WADA President, to prevent our choice - the athletes' choice - Linda Helleland from running, and to stifle the voices of opposition," Coburn said.

"WADA is meant to be an organisation concerned with fairness and equality in sport, not stifling the views of popular candidates that want to do the right thing and change the World Anti-Doping Agency for the better."

The Olympic bronze medallist from Rio 2016 went on to claim that Helleland's candidacy offers "everything that the public and athletes expect to come from the World Anti-Doping Agency's leadership", while her opponent Banka "does not have his finger on the pulse of mainstream athlete and public opinion outside the WADA Boardroom".

Coburn added: "He clearly does not have the radical WADA reform vision needed at this critical time for the anti-doping movement."

Banka, who is 34 and so would also be barred from standing if the age restriction proposal was brought in, recently called on Norwegian Helleland to step down from her role as vice-president during the campaign.

WADA's Executive Committee members will meet on Wednesday (November 14) with the Foundation Board convening a day later.

The timeline for the election process is among several key items on the agenda.

RUSADA's reinstatement was controversial as the country had not met two key criteria for reinstatement following their doping crisis - acceptance of the McLaren Report which outlined much of the evidence against them and access to the Moscow Laboratory.

WADA, however, insisted that it was the right move for clean sport and a condition of the reinstatement is that the Laboratory is opened up by December 31.

This will allow for the catching of more drug cheats and the exoneration of clean athletes, it is hoped, with RUSADA threatened with another ban if they do not comply.

WADA also say that their Athlete Committee and other athlete groups are represented and active in an ongoing process of governance reform.