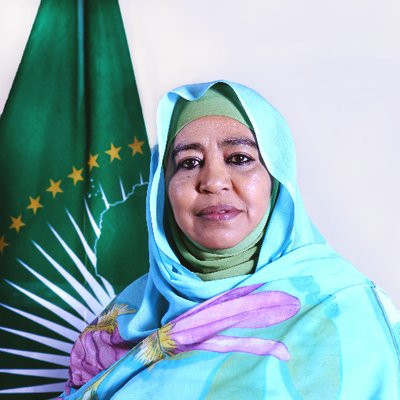 I cannot help but be a little surprised by the intensity of the reaction. I certainly respect the differing views and the concerns expressed, in particular by a number of athletes and National Anti-Doping Organisations.

However, what I find most difficult to comprehend, let alone agree with, are the reactions that go so far as to call into question the global anti-doping programme on the whole or suggest that WADA may have "lost its way".

As Commissioner of the African Union and a member of WADA's Executive Committee (ExCo) who was involved in the decision process and voted in favour, I believe that these reactions are, quite frankly, not a fair reflection of the reality. I believe this for the following reasons.

First, in my humble opinion, WADA is better equipped now than at any other time in its history to deal with cases of non-compliance with the Code.

Second, having been party to the ExCo decision to reinstate RUSADA as compliant with the Code, I am of the opinion that only over the coming weeks will we truly be able to assess the merit of the decision.

Allow me please to explain the first point. Prior to 2015, WADA's primary activities were focused on the development and implementation of anti-doping rules and policies worldwide and across all sports. After 2015, WADA launched a monitoring programme to ensure that the rules were fully implemented by the sports movement and the Anti-Doping Organisations.

As a member of the ExCo, I have been an impressed witness to the excellent way in which this monitoring programme is implemented.

What I can attest is that WADA now monitors the implementation of the Code more than at any other time of its history. WADA not only further supports the development of stronger anti-doping programmes in all sports and countries through this exercise, it is also now capable of conducting investigations. The anti-doping community benefits from a new international standard - the International Standard for Code Compliance by Signatories - that formalises potential sanctions on the non-compliant organisations.

Little more than two years ago, virtually none of the above was possible. This in itself demonstrates that the anti-doping system is now on a better footing than before.

This brings me to my second point - the Russian Anti-Doping Agency. RUSADA was declared non-compliant by WADA in November 2015. I was not part of WADA's governance at the time but I know that the decision was based on a recommendation of an independent group of experts known as the Compliance Review Committee (CRC).

This Committee is comprised of six people, a representative each from athletes, Governments and sport, and three independent experts on compliance and sports law. Ever since the implementation of its monitoring programme, WADA's governance has put a lot of confidence in the CRC, which in turn has proven to deserve that trust through sensible and well-reasoned recommendations.

WADA's decision to reinstate RUSADA as compliant with the Code is no different. The CRC recommended to the ExCo to reinstate Russia under very strict conditions in relation to access to data and samples from the Moscow Laboratory.

No-one disagrees with the fact that WADA needs to have access to this vital information and ExCo's decision to reinstate at this time is a no-lose situation. Either we will have access to all the data by the end of the year, allowing us to catch more cheats and exonerate clean athletes, or RUSADA will be made non-compliant again. And this time, if they are non-compliant, it will be under harsher terms than before because we now have a much stronger process around this through the International Standard for Code Compliance by Signatories, which came into force on April 1, 2018, than we had in 2015.

Another important point that I would like to insist on is that WADA's decision does not represent a full reinstatement, something that has been ignored by the critics. The reinstatement of RUSADA comes with strings attached. It is entirely dependent upon the Russian authorities delivering on their promises to give access to the data of the Moscow laboratory by December 31, 2018 and to the samples by June 30, 2019.

Some suggested that this decision means WADA is too close to the sport movement and the International Olympic Committee. With respect, this completely ignores the fact that it was based on a recommendation made by the independent CRC and was approved by the ExCo on a vote of 9-2, with one abstention, which included a clear majority of Government representatives as well as those from sport.

Can we all have been wrong in our assessment? I do not think so.

I am rather of the view that WADA has followed the advice of independent experts on the CRC and has seized the opportunity to unlock a situation that is detrimental to all. It is my view that this was the right decision for all clean athletes and that time will prove it to be so.

Now that WADA has decided the path forward, I can only urge the Russian authorities to respect the conditions set by WADA and seize this opportunity to deliver on their promises.

When there are differences, we should have the trust in each other to sit and discuss our concerns. We need to find a way to make WADA stronger, not to knock it down. This is for the benefit of the athletes and our common goal, which is clean sport.

We need to talk to each other more; we need to look at mechanisms that really make WADA stronger because if anything weakens WADA as an organisation, we all lose.