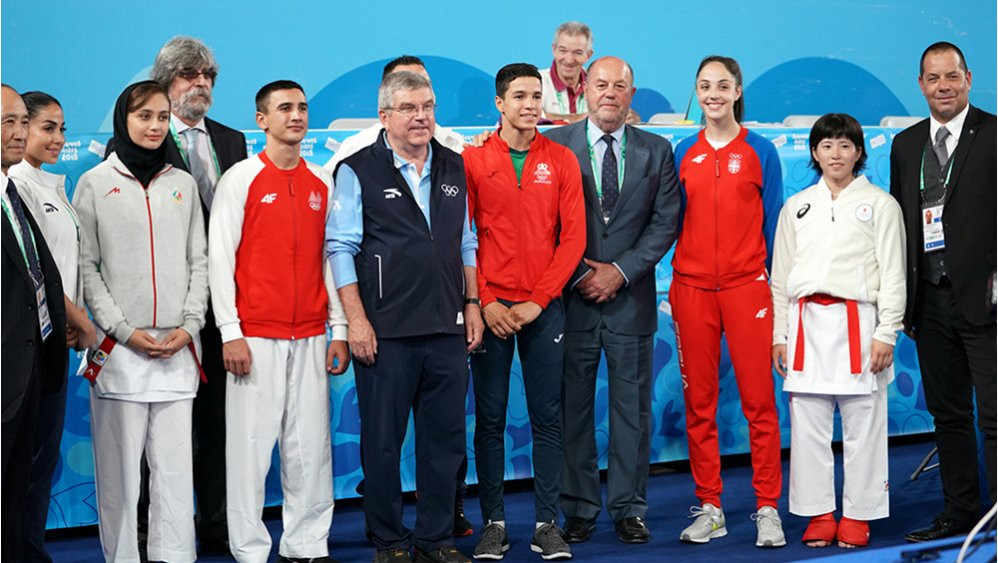 The German attended the Pabellon Europa Sports Hall in the Argentinian capital last week where karate was part of the Youth Olympic Games programme.

This was the first Olympic appearance of any kind for the martial art, which will make its full Olympic debut at the Tokyo 2020 Games.

"It was an honour to have the visit of the International Olympic Committee President Thomas Bach here," said Espinós.

"We are celebrating our first participation in the Youth Olympic Games, and we are very pleased for the opportunity to showcase our sport and our values here.

"We hope that our Olympic debut here helps us to show everyone around the world the significant value that karate can add being part of the core of the Olympic sports."