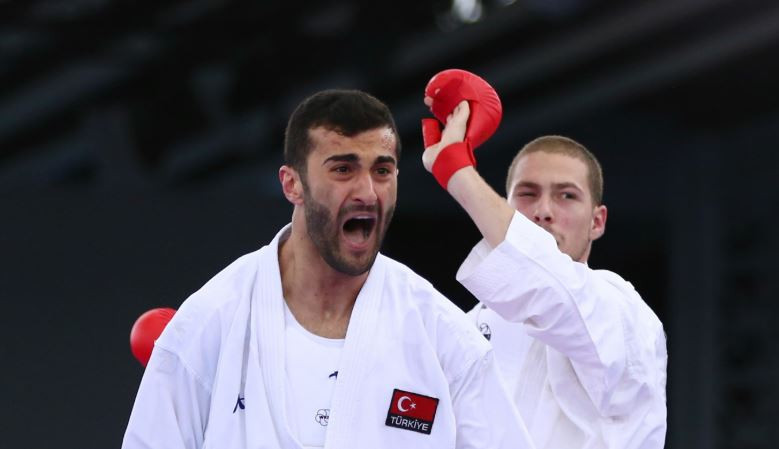 Turkish karatekas topped the final medal table after a dominant performance at the Karate 1-Series A event in Chile’s capital Santiago.

Turkey finished this World Karate Federation tournament with five golds in a total of 12 medals.

Serap Ozcelik spearheaded the Turkish challenge in taking her sixth medal this year as the current Grand Winner beat Japan’s Nao Kobayashi 1-0 in the final of the women's kumite under-50 kilograms division.

Meltem Hocaoglu, the 2017 European silver medallist, continued the Turkish success in the final of the women's under-68kg event as she defeated Japan’s Ayaka Saito by decision.

In the men's categories, European bronze medallist Ugur Aktas beat France’s Farouk Abdesselem in the final of the under-84kg division.

Team-mate Ridvan Kaptan secured gold in the over 84kg class after a tight contest against Germany’s Jonathan Horne, and the final Turkish gold was claimed by the men's kata team.

In the women's kata competition, Spain’s Sandra Sanchez extended her consecutive winning record in international competitions to 35 as she defeated Japan’s Hikaru Ono by split decision 3-2 to earn her fourth gold of the year.

There was gold rather than silver for Japan in the men's kata as Kazumasa Moto defeated Turkey’s Emre Vefa Goktas 4-1.

Japan’s rising talent Ken Nishimura claimed his third gold of the season as he overcame Jordan’s Bashar Alnajjar 3-0 in the final of the men's under-75kg division.

Grand Winner Anzhelika Terliuga of Ukraine also succeeded in Santiago, prevailing in the women's under-55kg to earn her second gold in two weeks after her victory at the Karate 1-Premier League in Berlin.

The other winners in the male categories were Karime Aboeitta of Egypt at under-60kg and Jordan’s Abdel Rahman Almasatfa in the men's under-67kg competition.

The Karate 1-Series A will next be staged in Shanghai from December 7 to 9.