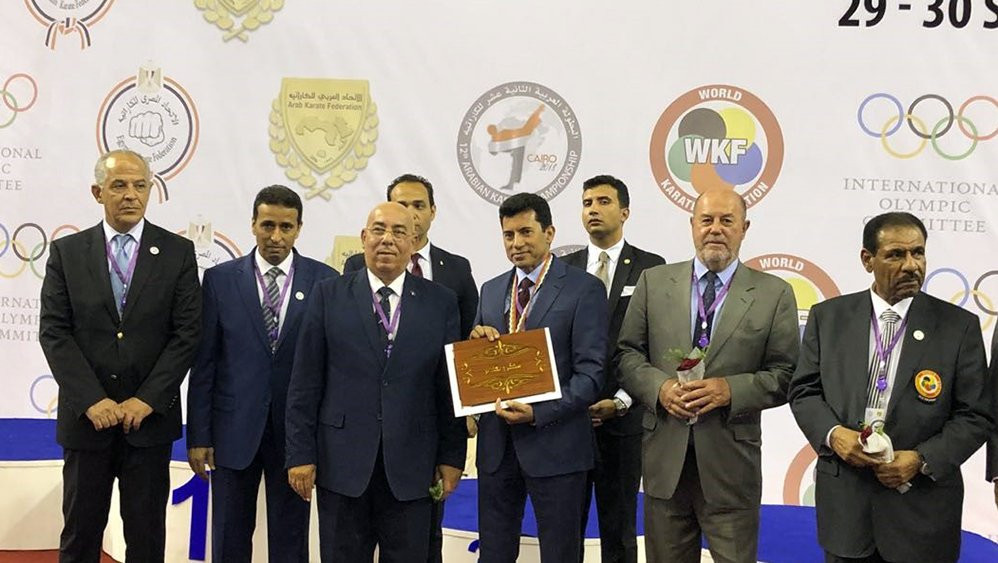 The competition in the Egyptian capital was the 12th edition of the event.

Hosts Egypt topped the medal table after three days of action, winning 13 golds in a total haul of 17.

Espinós witnessed the "progress" of the sport in the region and was joined in Cairo by officials including Arab Karate Federation (AKF) President Ibrahim Al Gannas.

"Karate continues growing all around the world, and we could attest this progress at the Arab Karate Championships in Egypt," the Spaniard said.

"We have seen enthusiasm for karate in the Arab countries reach new heights at this event, and this interest represents a joyous occasion for all the karate family."

Karate is building up to its Olympic debut at Tokyo 2020.