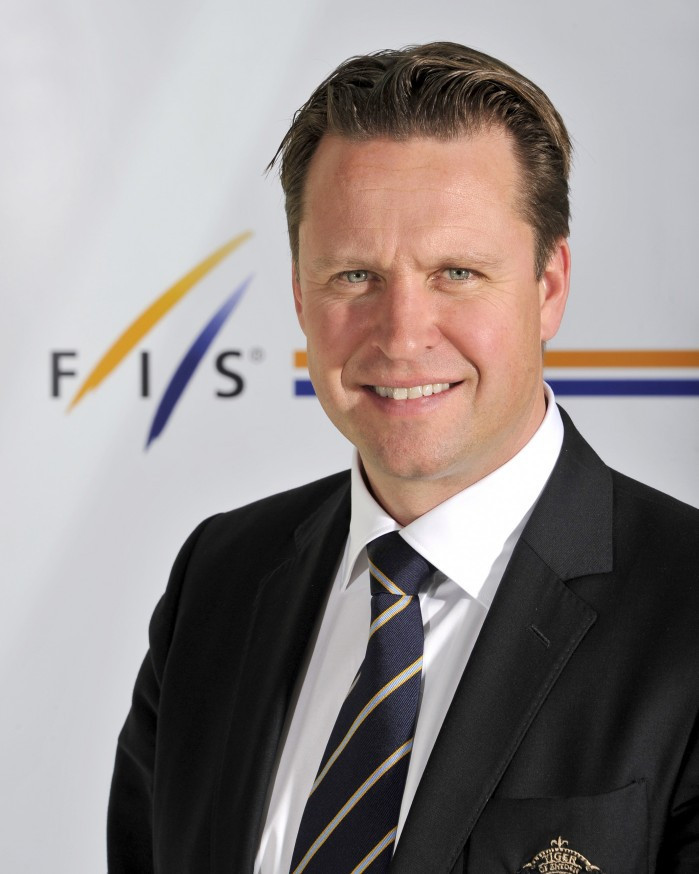 Swedish Olympic Committee (SOK) President Mats Årjes is refusing to give up on Stockholm's bid for the 2026 Winter Olympic and Paralympics even though it has been thrown into serious doubt last week after the City Council's two newly-merged parties agreed they will not host the Games.

Speaking at a press conference today in the Swedish capital, Årjes spelled out the bid's financial situation and claimed hosting the Games was a unique opportunity for the city.

It came just five days after the Green Party agreed to work with the centre-right Alliance parties to lead Stockholm's City Council.

One of the two policies agreed on by the parties is that Stockholm will not host the 2026 Winter Olympics, but bid leaders have pledged to continue.

"The IOC (the International Olympic Committee) has changed the conditions significantly in its reform work with Agenda 2020 and 'The New Norm'," Årjes said.

"Today, there’s a lot of talk about economic, social and above all environmental sustainability.

"Our assessment is that these conditions actually fit Sweden like a glove.

"And when it comes to finances, it is incredibly important to emphasise one more time that we have not approached the notion of tax-based funding or any financial guarantees whatsoever for implementation, whether from Stockholm or any other municipality which has considered hosting competitions during the Olympic Games."

Årjes insisted the only financial guarantee required is on the matter of security.

"What will be necessary is a financial guarantee for national security and that is tax-funded," he said.

"But this cost will also be balanced out by income in the form of VAT and other tax revenues, so there is a high likelihood that the revenues will far outweigh the cost."

If Sweden is given the opportunity to host the 2026 Games, it will be the sharing the event with another country, Latvia.

"We feel that this is a unique opportunity for Sweden; to be the first country to take advantage of the new conditions, allowing us to spread the Games out in a completely different way," Årjes added.

"We can achieve this through competing in our own country, but also by using facilities in another country, in this case Latvia.

"Our goal may sound a little extreme, but we want our model to be an example for future Olympic Games.

"And perhaps, years from now, people will be talking about the 'Stockholm model' or the 'Swedish model'."

At the same press conference, Peter Reinebo, SOK’s operations manager, provided clarification on which facilities and arenas would be used.

He began by explaining that 90 per cent of the arenas to be used already exist and that very little remains to be built.

Still needed to be added is a new ice rink and a skiing venue.

"We imagine that Åre 2019 [the 2019 International Ski Federation Alpine World Ski Championships] will be Åre 2026 for the Alpine games," Reinebo said.

"Freestyle and snowboarding will be added, which will primarily take place in Åre, but we will also make sure to get those competitions in Stockholm.

"We could also have cross-country skiing in Falun, but cross-country and biathlon in Stockholm provide the exact opportunity for everyday use that we want.

"So the acquisition of a facility here in Stockholm is about everyday use as well as use during the Games."

Reinebo also explained his view on the opportunities presented by co-operating and sharing the Games with Latvia.

"Sigulda in Latvia has a bobsled, luge and skeleton facility which will be renovated," he said.

"They have a World Cup every year and want to have more, a very important matter for the country.

"They are a nation that cannot be an independent Olympic nation and one which we have had good communication with for many years.

"There are two alternatives for the new ski venue: Bisslinge, which is otherwise better known for golf, and Hamra, which is located in Botkyrka."

Ice hockey would be played in Södertälje's AXA Sports Center, which will be arena number two, with Ericsson Globe as the main arena.

"The Globe is about to be renovated, which is perfect, and it will be completed by 2021," Reinebo added.

"Tele2 Arena will be the venue for figure skating and short track speed skating.

"It is expected to be the venue for Olympic figure skating competition to bring in the largest audience.

"There is a great deal of interest in figure skating."

The new ice rink is intended as an everyday facility for ice hockey, as well as curling, figure skating and ice skating.

The serious doubts about Stockholm’s bid surfaced just three days after the IOC voted at its Session in Buenos Aires to shortlist the city as one of three candidates for the Games along with Calgary and a joint attempt from Milan-Cortina d'Ampezzo.

Stockholm, which staged the Summer Olympic Games in 1912, had been lacking support from the Swedish Government and the City Council.

Anna König Jerlmyr, a member of the Moderate Party, told The Local that the Green Party and centre-right Alliance parties took the decision to enter into a green-blue cooperation after "productive and intensive negotiations with the goal of finding a stable and long-term majority".

Stockholm was previously run by a red-green-pink bloc, made up of the Social Democrats, Green Party, and Feminist Initiative, which lost its majority in the election on September 9.

The next key milestone for the three bidders is the submission of the candidature files by January 11.