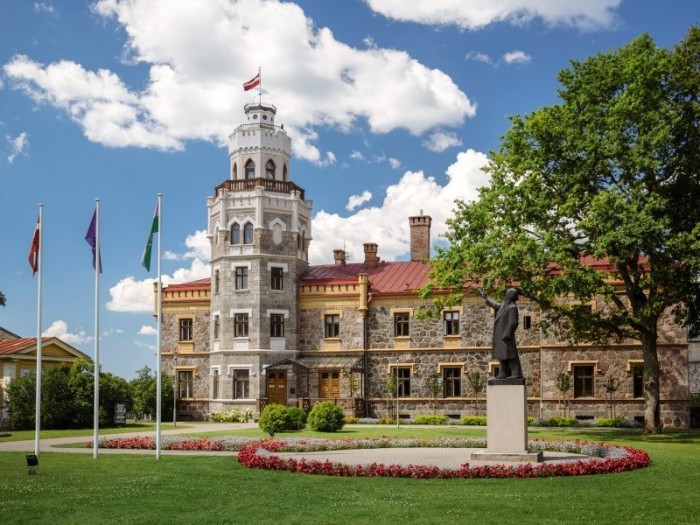 Sigulda District Council have provisionally supported the acquisition of land which could be used to construct an Athletes' Village as part of Latvia’s involvement in a Stockholm bid for the 2026 Winter Olympics.

Sweden's capital is looking to hold bobsleigh, skeleton and luge in Sigulda due to the country not boasting a world class sliding track.

The Latvian town, which is around 50 kilometres from capital Riga, has hosted two editions of the Luge World Championships, in 2003 and in 2015.

It also staged last year's Junior Skeleton World Championships and is a regular fixture on the World Cup circuits.

The proposal was given the approval of the Latvian Government in June and has moved a step closer to being finalised with the potential development of an Athletes' Village.

Sigulda District Council approved the potential purchase of a 5.5 hectares site, which is claimed could be used for the Village.

Administrative and education buildings could also be built there.

"The opportunity to stand for the 2026 Winter Olympics, including the bobsleigh, skeleton and luge sports in Sigulda, accelerates the decision-making process both on the improvement and modernisation of the Sigulda track and on wider satisfaction of the needs of Sigulda residents," said Aldons Vrubļevskis, Latvian Olympic Committee President.

"The planned land plot of the municipality is intended mainly for the provision of a housing stock that Sigulda should do sooner or later.

"Now it's possible to highlight the city as a modern winter sports centre, where even the Olympics can take place, and to timely and efficiently address issues regarding the long-term development of the housing stock and educational infrastructure."

It is claimed that the planned location of the Village is within walking distance of the Sigulda venue.

The site is also located close to training facilities at the Sigulda Sports Centre.

"In connection with the growing number of inhabitants in Sigulda, the most pressing challenges for the municipality are the provision of affordable housing, infrastructure development and quality education," said Ugis Mitrevics, Sigulda Local Government Council chairman.

"Therefore, the development plan, which is currently being developed, is related to the long-term development of Sigulda, regardless of the outcome of the Olympic nomination process, which will be known in October 2019.

"Sigulda does not observe the general tendency of Latvia's lack of private investment in the construction of multi-apartment buildings in the region, however, the construction of a possible Olympic Village is incomparably larger, therefore the initiative must now be taken by the municipality to ensure the fulfilment of the requirements of the International Olympic Committee."

An independent appraisers' assessment is now set to take place, with the municipality then looking to agree a financial settlement with the Sigulda Evangelical Lutheran Church, the current owners of the land.

Sigulda, located across the Baltic Sea from Stockholm, is approximately 570 kilometres from the Swedish capital.

It is closer, however, than the distance between Stockholm and Åre, the proposed Swedish location for Alpine skiing events.

Stockholm 2026 are pushing ahead with their Olympic bid despite fears over a lack of political support.

They remain in the race alongside Calgary in Canada, Sapporo in Japan, Erzurum in Turkey and an Italian bid involving Milan, Turin and Cortina d'Ampezzo.