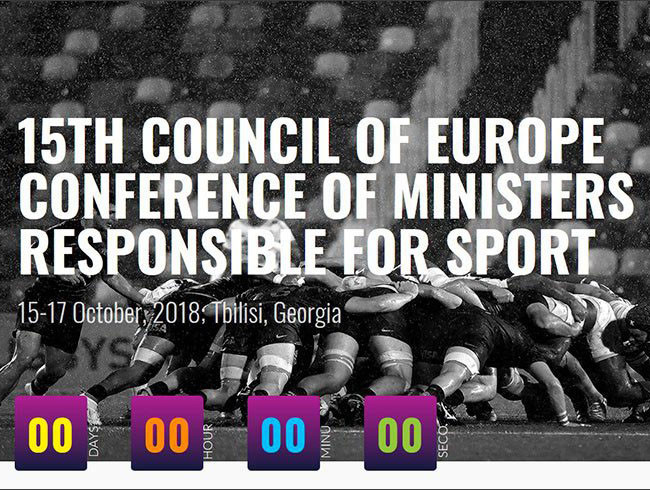 The Slovenian made a speech at the event in Georgia's capital Tbilisi as the "first spokesperson" of the Olympic Movement in Europe.

He expressed the "vision and mission" of the EOC and highlighted work being done to protect human rights and the fight against corruption.

Both issues are a focus of the Conference and have been discussed by the Ministers in attendance in Tbilisi.

"Human rights violations in the context of sport are a serious concern shared by public authorities and the Sport Movement," an EOC statement said.

"The fight against corruption in sport has been also at the top of public authorities' international political agenda in recent years, and was previously addressed at the Ministerial Conferences in Macolin in 2014 and in Budapest in 2016.

"Taking stock of Council of Europe pioneering normative action and innovative policies in these fields, these topics were at the centre of the debate in the framework of the activities of the Enlarged Partial Agreement on Sport (EPAS)."

The EPAS was created in 2007 to meet the challenges facing sport in Europe.

It allows for dialogue between 38 countries, as well as sporting governing bodies and other organisations.

The Conference comes with the EOC hosting next year's European Games in Minsk, the capital of Belarus which has been accused of human rights abuses.