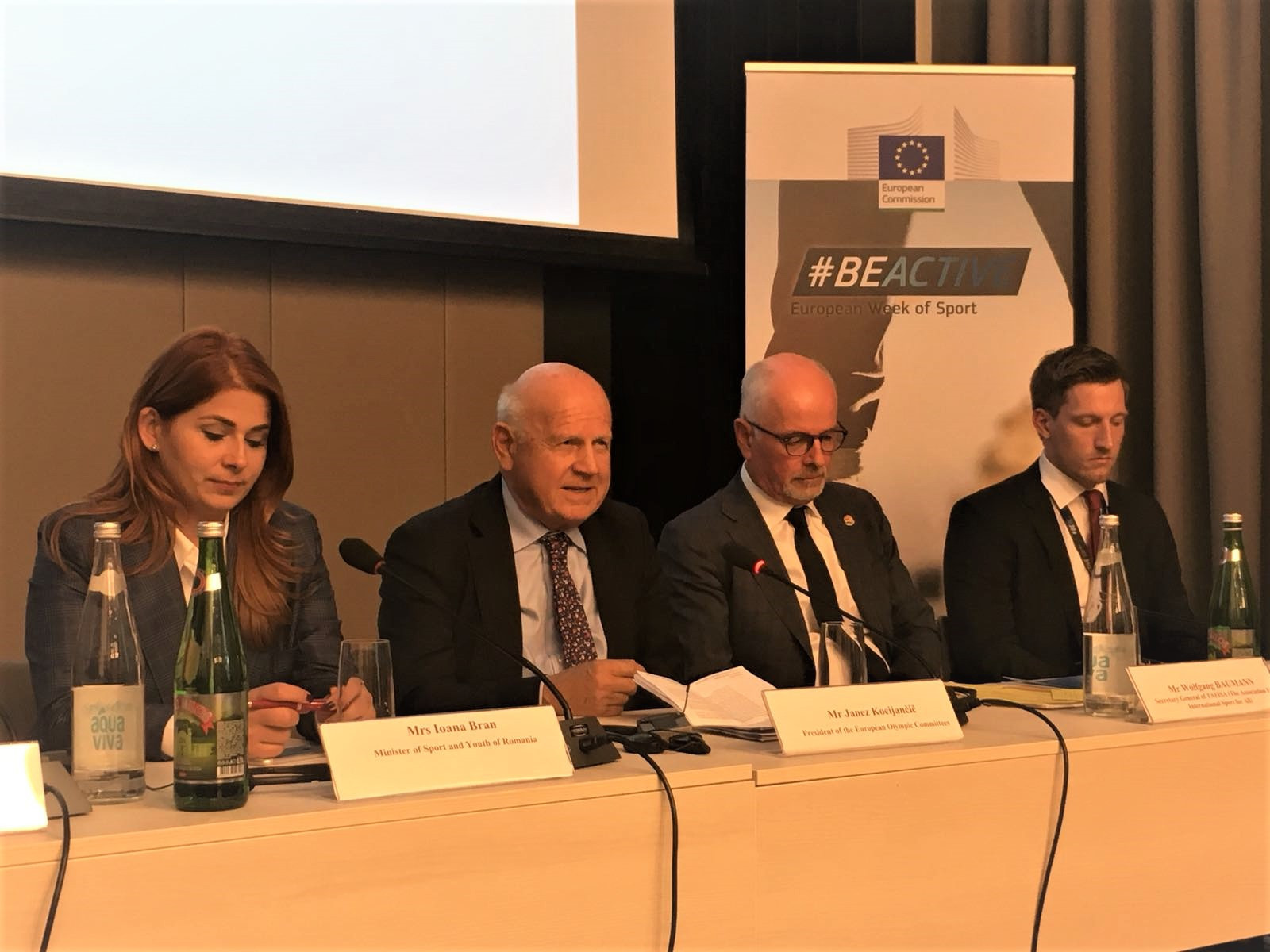 A "high level round table" meeting was held in the Serbian capital, during which the promotion of physical activity and healthy lifestyles "beyond borders" was discussed.

Also present at the meeting was the secretary general of the Serbian Olympic Committee Djordje Visacki and several Sports Ministers and athletes.

Kocijančič congratulated Navracsics on the decision to extend the EWoS beyond European Union (EU) borders.

Navracsics called for collective efforts to promote exercise as a way of strengthening Europe's communities.

The growth of esports was also discussed, particularly regarding whether it should be considered as an opportunity or a threat to physical activity.

After the meeting a friendly football match was organised for those who took part.

The EWoS was launched in 2015 as an annual event to promote physical activity and sport.

It had never previously extended beyond EU borders, with Serbia taking part this year for the first time.